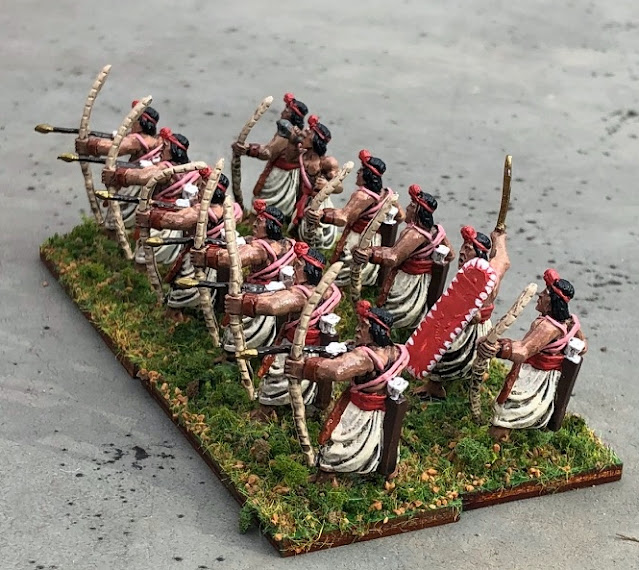 Squeaking in just under the wire for 2021 are a p[air of Archer units from the Classical era, 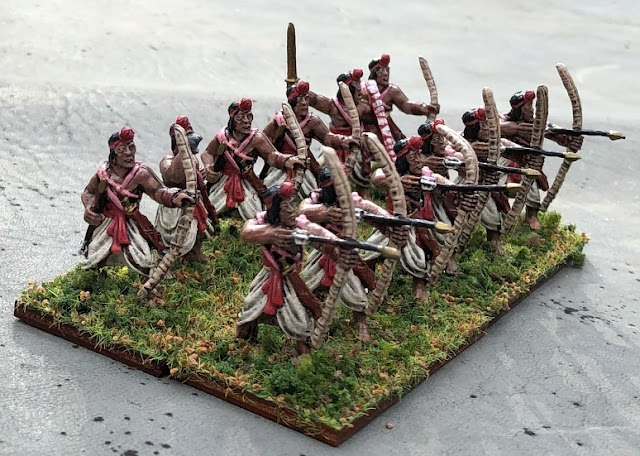 These are Old Glory figures. 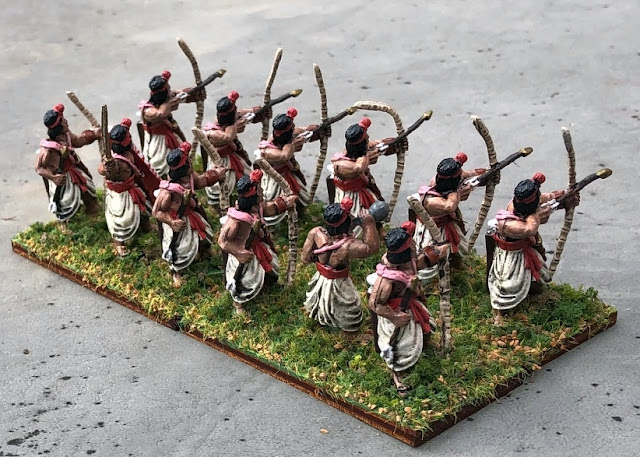 I wound up using Delta Ceramcoat "Bambi Brown" for the flesh color for these two units. 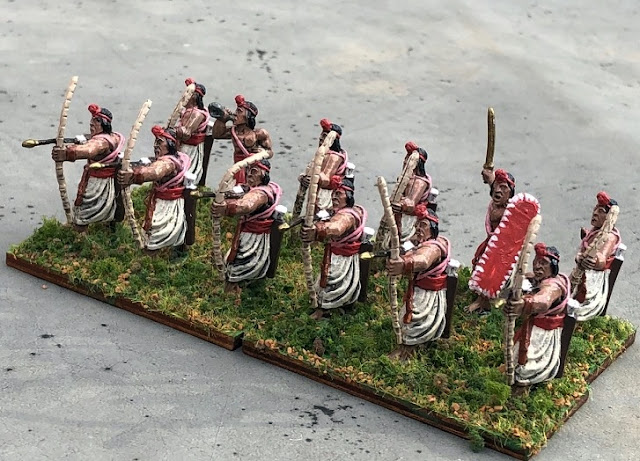 The pinkish color I used for the straps was suggested by the natural fiber cords I see some of my Indian patients wear. 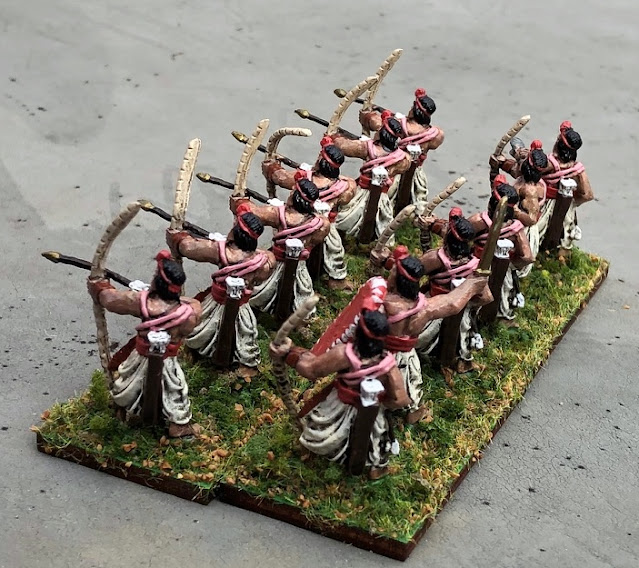 The Indian longbows were said to be very powerful. 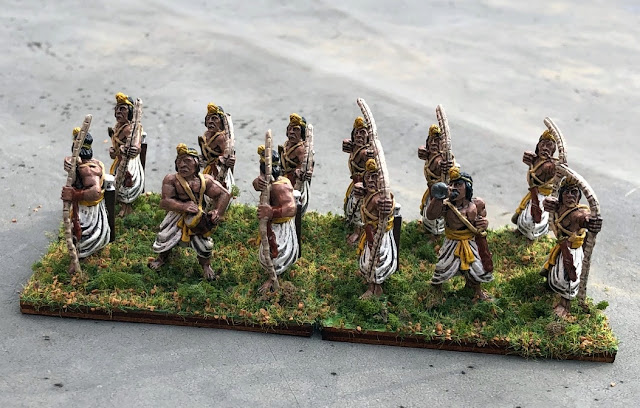 Here's a second unit of Archers. 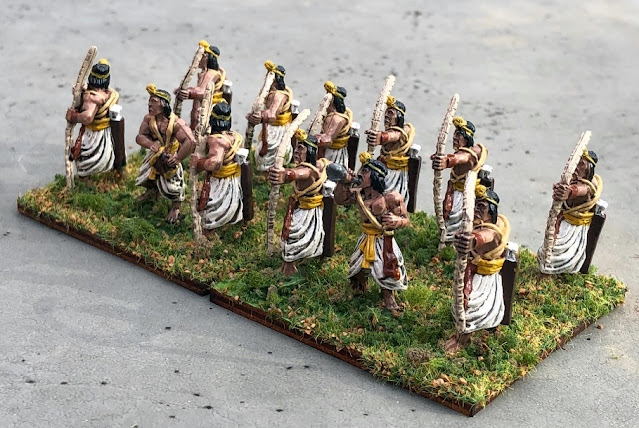 Most army lists give them the option of having 2 handed swords as a secondary weapon. 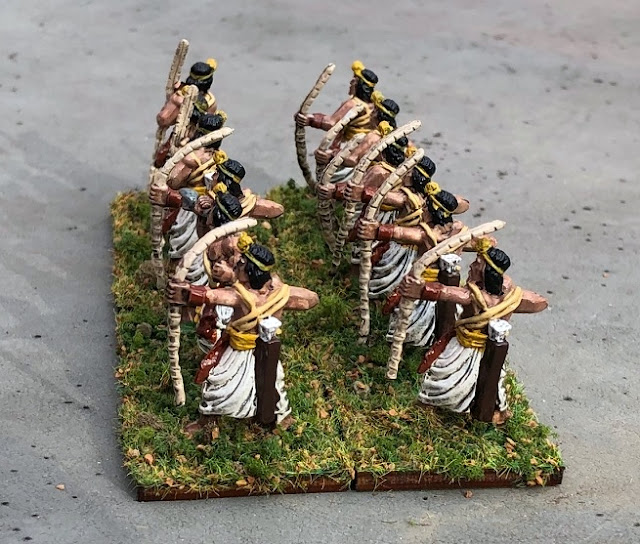 Once again I tried to suggest died natural fibers for the straps. 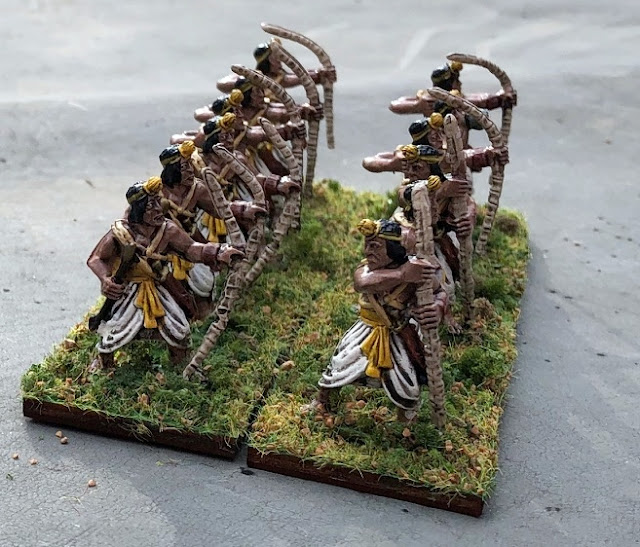 Troops of this general type fought Alexander's army when it arrived on the Indian subcontinent. 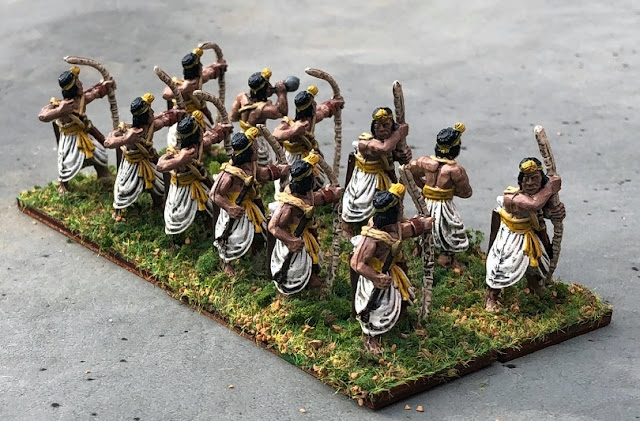 The actual Mauryan Empire began not long after Alexander's time. 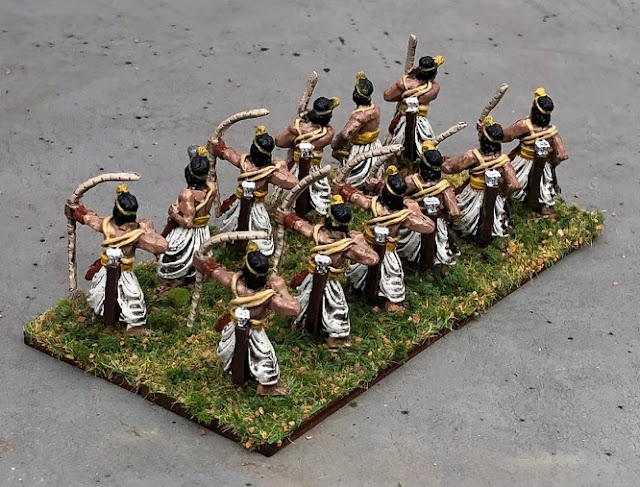 There are many more Indians planned for 2022, expanding my quite old army of Minifigs.
Happy New Year, all!
Posted by Gonsalvo at 10:16 PM