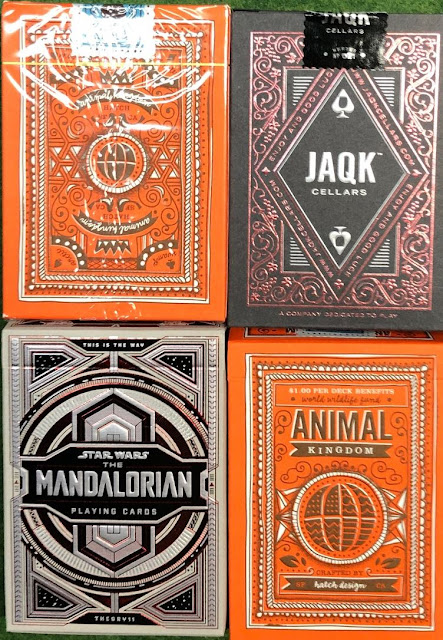 Last year, I got a number of unique decks of Playing cards from Theory 11. They have extra special deals around Christmas time, as well as several new and interesting decks, so I once again acquired quite a few. The Animal kingdom decks aren't new, but I almost got them last year, so this year I did. The Mandalorian Deck is new. The JAQK Rose deck was a freebie if your order exceeded certain parameters... and I did, of course! 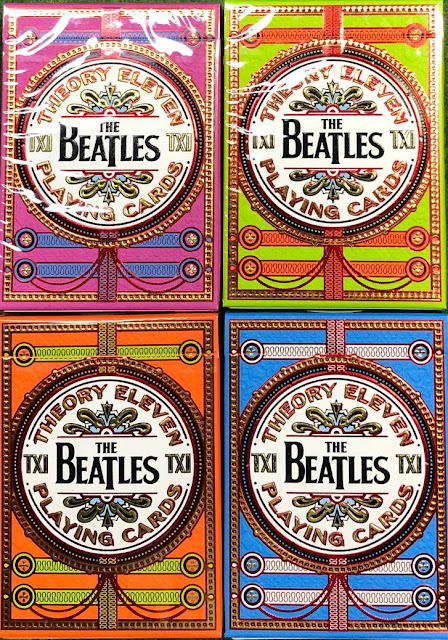 Brand new were the Beatles Decks, with the backs inspired by the outfits the fab Four wore on the cover of the famous Sergeant Pepper album. So of course I had to have one in all four  colors.
Also new this year were Harry Potter Decks, once again four different color backs for each of the four Houses of Hogwarts Gryffindor (Red), Ravenclaw (Blue), Slytherin (Green), and Hufflepuff (Yellow). They are not seen here because I gave the four decks to my older daughter. She is a huge Harry Potter fan, and I knew that she would love them... and she did! . 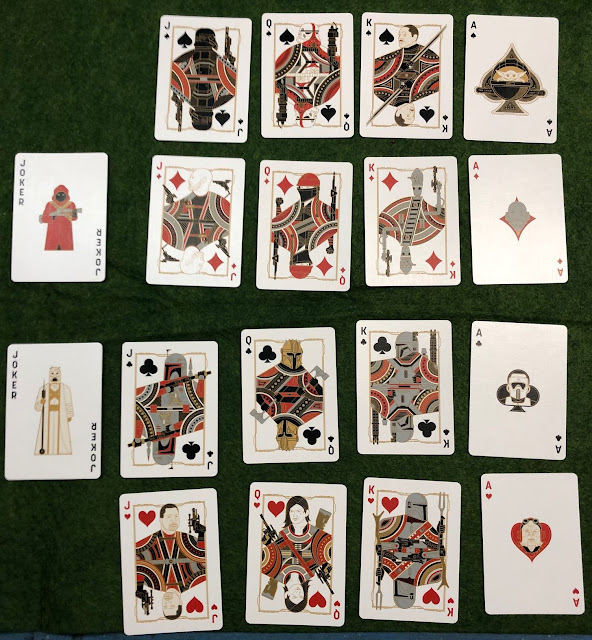 The unique cards of the Mandalorian deck.
This is the way... 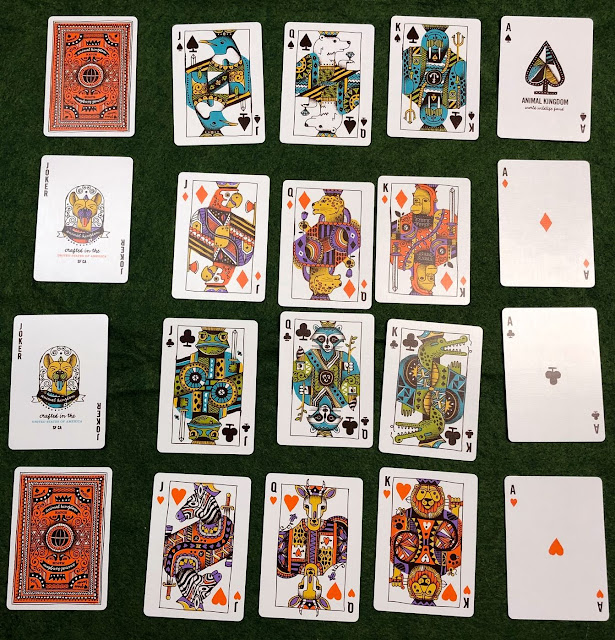 Colorful court cards of the Animal Kingdom deck. These may get used with To the Strongest/For King and Parliament, or other games using playing cards. Of course, they can always as used just for standard card games, too! 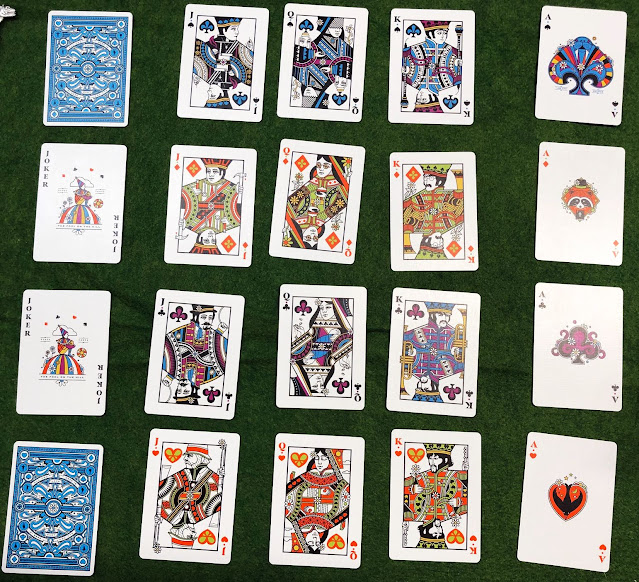 The unique cards of the Beatles decks. There area great many references to Beatles songs, and the Kings of course are John, Paul, George and Ringo themselves. 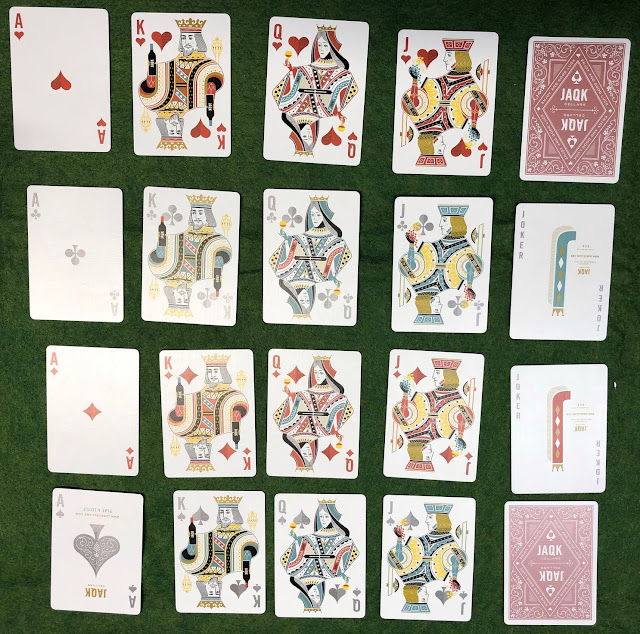 The JAQK Rose deck - I was very pleasantly pleased with this deck; in vino veritas!  :-)
Another motivation for the decks is the latest project by my freind, Bob Jones, a Horse and Musket set that uses decks of standard playing cards, called Poquer.  Bob is due out with the latest playtest version soon, and I hope to do a solo play test shortly thereafter. There is a rambling but wonderful recent interview ("Battlechat") of Bob by Henry Hyde, where he briefly droops a few hints about Poquer, one of the design parameters being that the rules are only 5 pages long (well,  five plus a page of explanation of concepts). I've seen all of the versions to date, and I think they are very promising. As Bob also explains, with him, a new rules set always begins with a game mechanic concept.
Posted by Gonsalvo at 11:06 PM

Email ThisBlogThis!Share to TwitterShare to FacebookShare to Pinterest
Labels: Cards