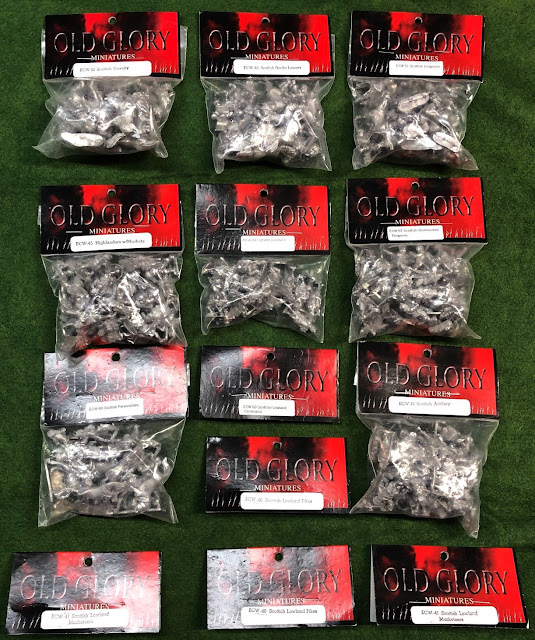 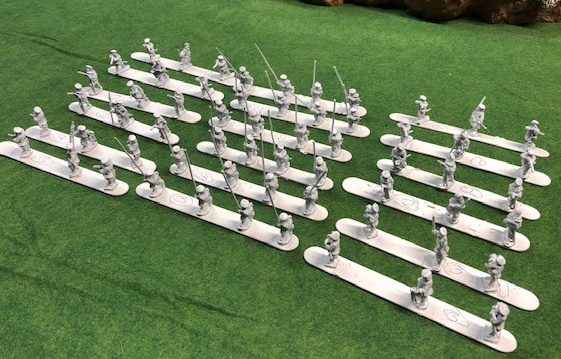 That should be enough to allow me to field 8 Battalia of Foote, 3 units of Dragoons, 4 units of Highlanders, 2 units of Scottish cavalry, and 2 units of Border Lancers, and far more batteries than they will ever need, plus command figures/"gallant\ Gentlemen" for the Scotts.... 250+ figures in all. I doubt that I will even come close to completing all that this year, but I have the figures all prepped and pa=rimed for the first 3 units of Foote. Part of the Scottish motivation is the appearance of a Scottish force in the scenario Book for "For King and Country", which we should resume playing the end of January.
From every thing I've read, the Scotts were a drab lot for the most part - light grey clothes, blue bonnet. I'm thinking of using the early "tartan" on their cloaks as a distinguishing color (red cross hatching for one, then yellow, green , white, etc). I may reflect that in the color of the flags for some; not everyone carried the standard "auld blue blanket" Cross of St Andrew design, although it seems most flags were variations on that theme at most. Any help with the dress of the Scotts of this era would be great! 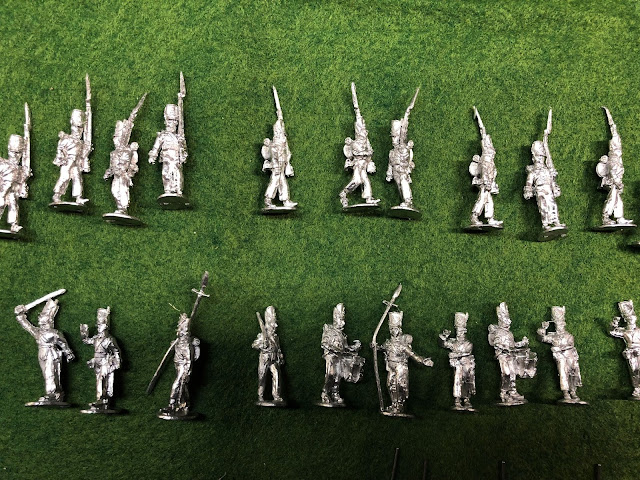 I actually plan to use these as Portuguese; those new Peninsular QWar scenario books by Michael Hopper have lots of Portuguese troops in it. Now I just need to find a manufacturer that does 25/28 figures more suitable for Cacadores, that mix with old Glory/Foundry sized figures!
Posted by Gonsalvo at 9:27 PM