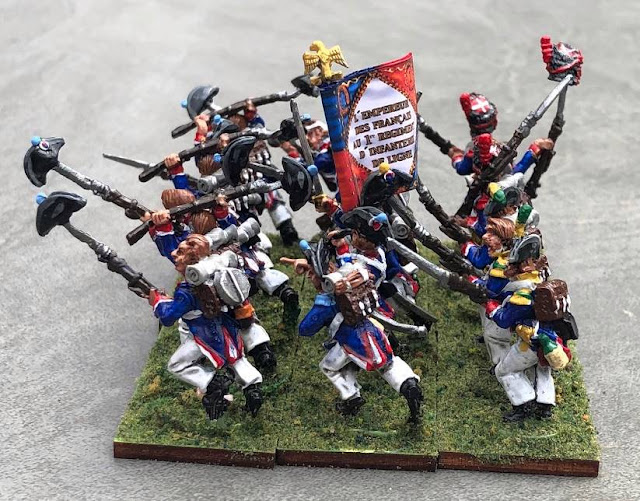 The first of a new "Division" of  French Line infantry, the 32e charges enthusiastically off the painting table. 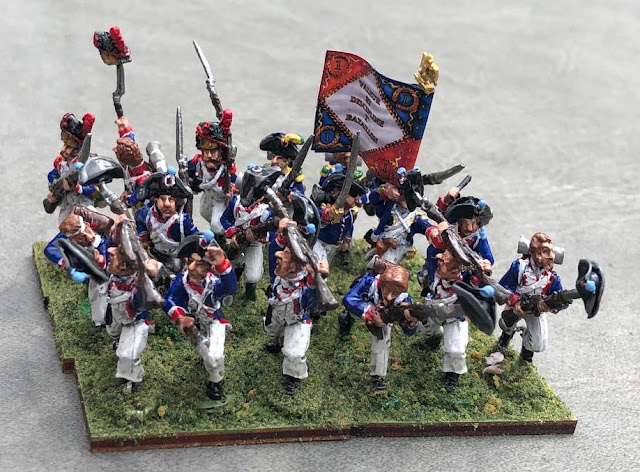 They are dressed in the early Empire uniform,, with bicornes and long tailed coats. 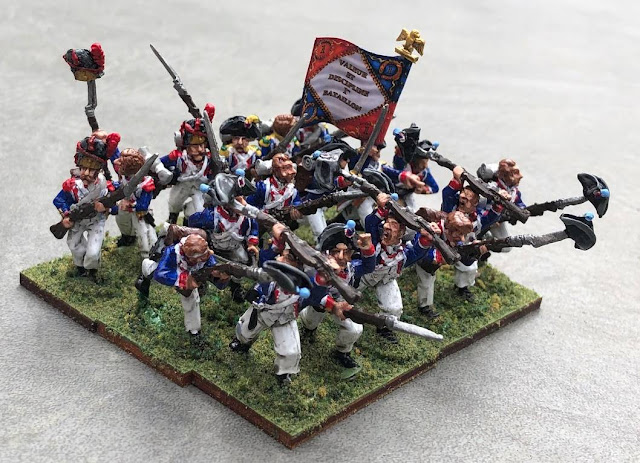 These are Old Glory (1st edition)  figures, in "Campaign Dress". 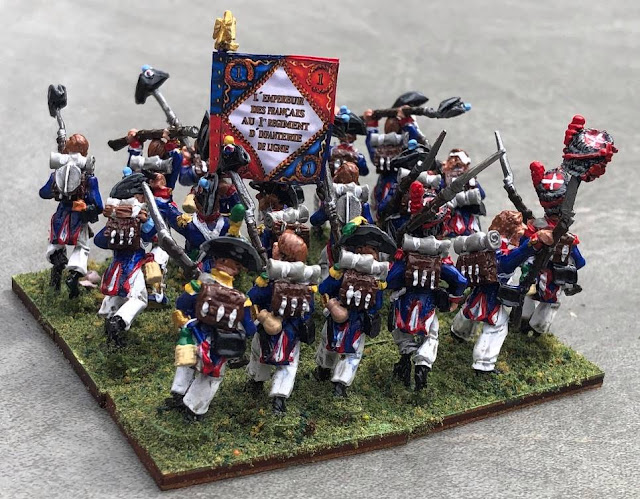 They are a mix of the Advancing set and the "enthusiastic" sets.
Note the bottles of wine ! 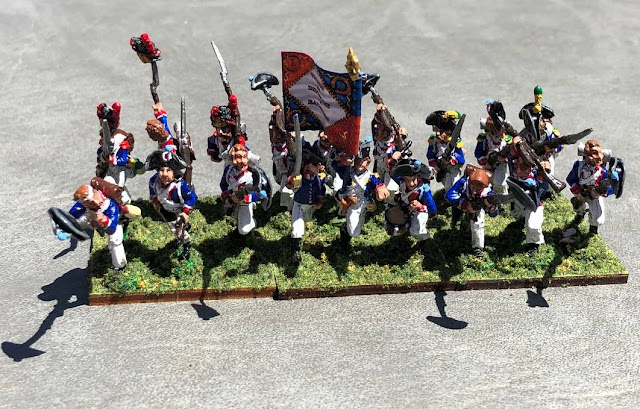 The former pictures were taken on a cloudy day, the next ones on a sunny day with the sun nearly overhead. Still the shadows are obvious. 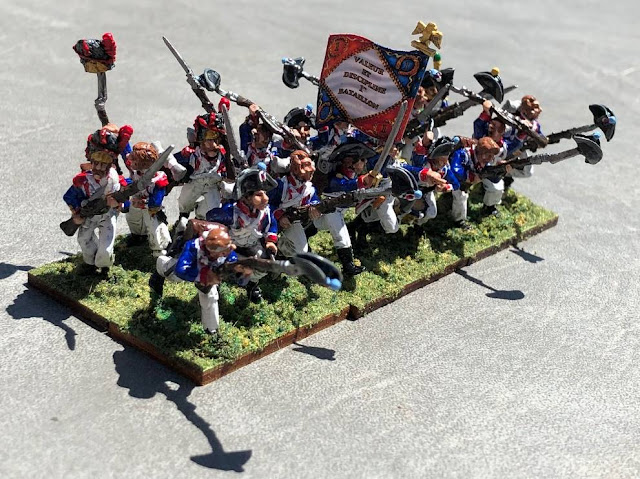 The 32e traces its origin back to the Bassigny Regiment, first raised in 1775. 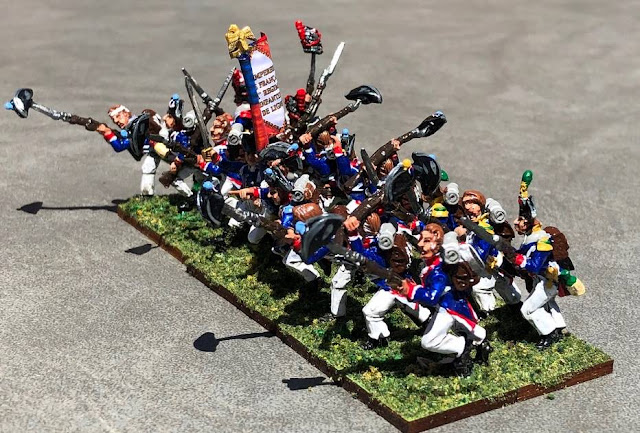 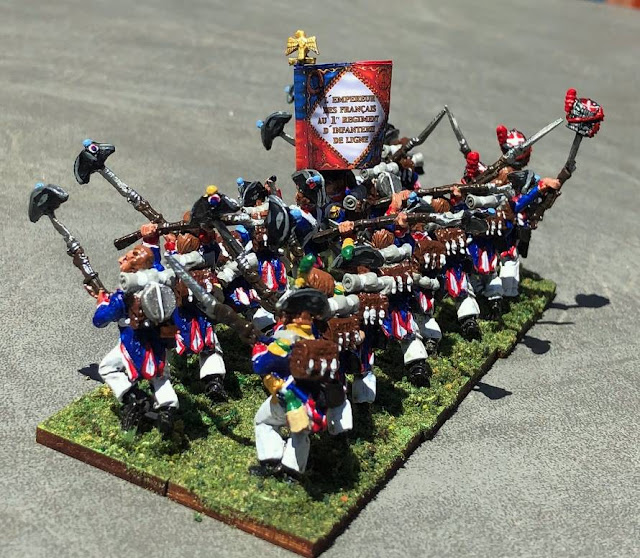 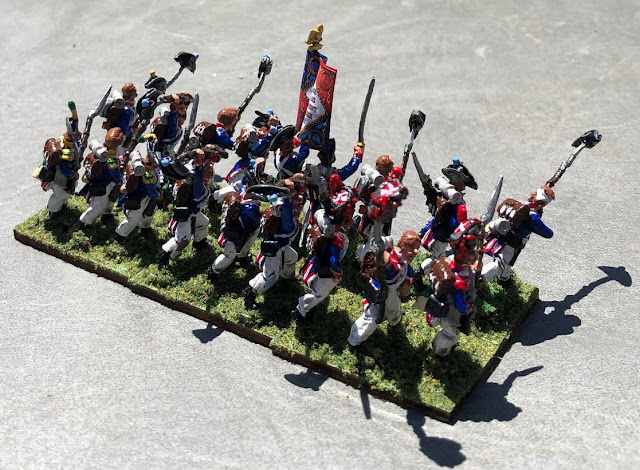 During the 1815 Campaign  it served as a part of the Army of the Rhine.