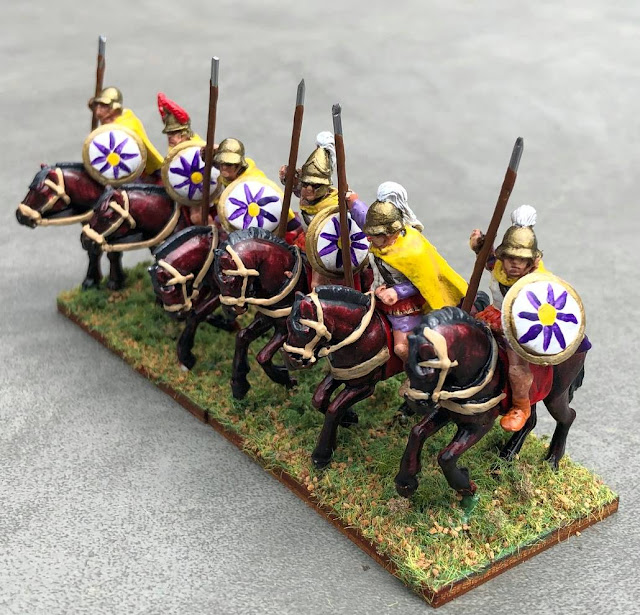 This Companion Cavalry (by Crusader miniatures, I think) was part of that same giant Macedonian acquisition from a number of years ago. 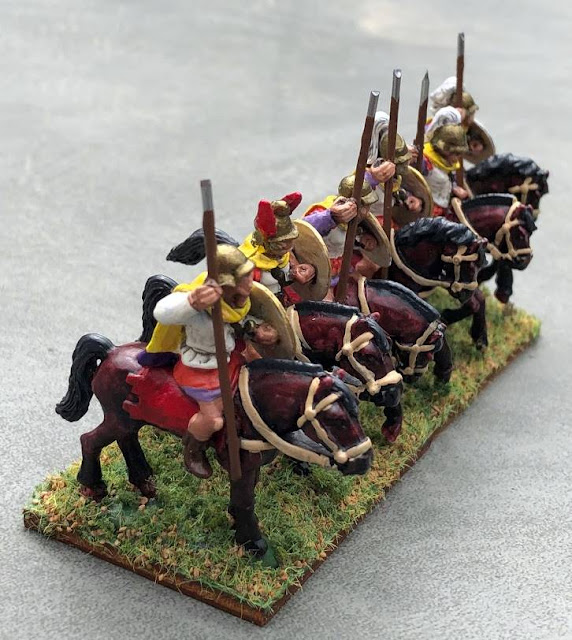 2 stands of 6 figures is enough for a unit with To the Strongest or my old  Legio Quaternarius rules. 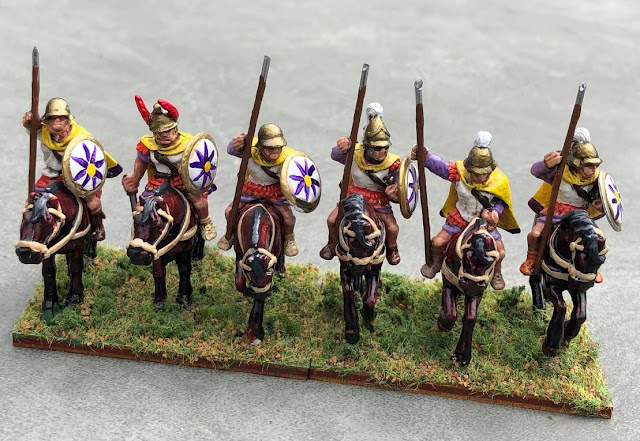 I painted them according to the information in the Osprey on the post Alexander Macedonians by Nicholas Sekunda. 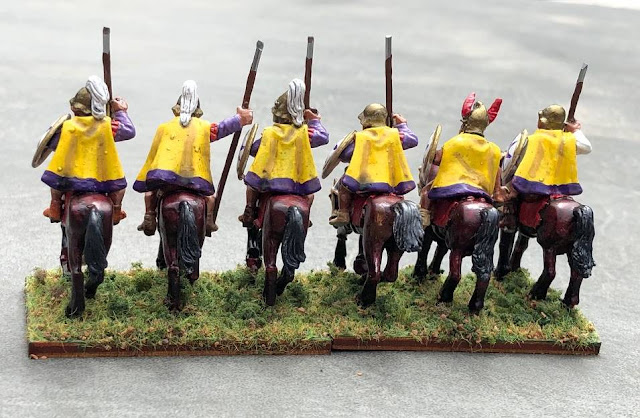 This first group would be from the double sized  "Sacred Squadron". 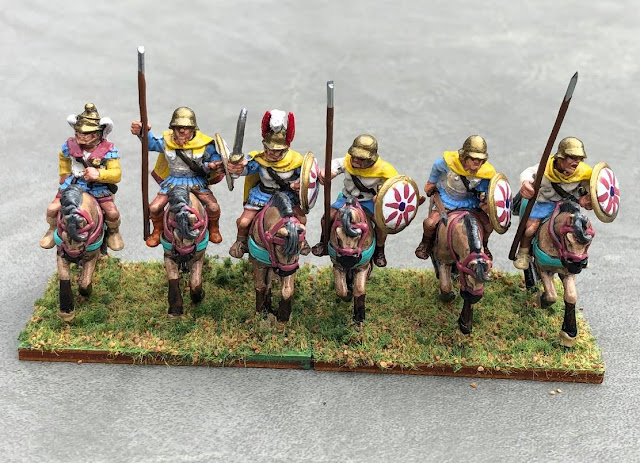 The second squadron is only slightly less richly attired. 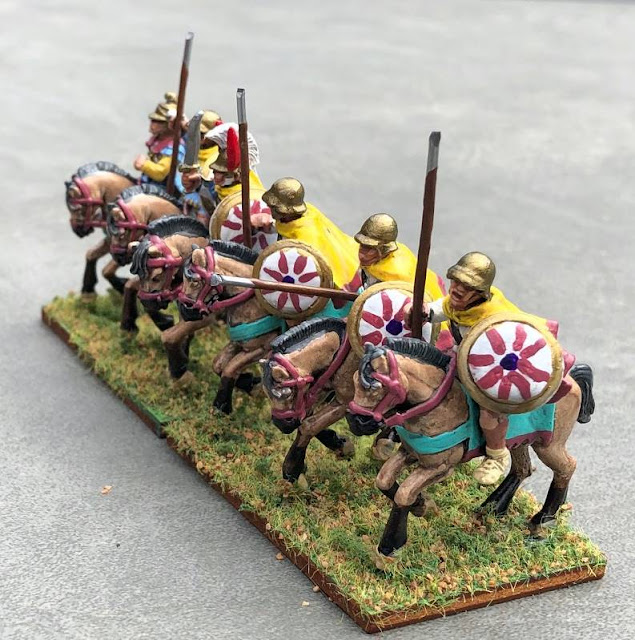 The saffron yellow cloaks were a surprise to me since I last read about the Macedonian armies. 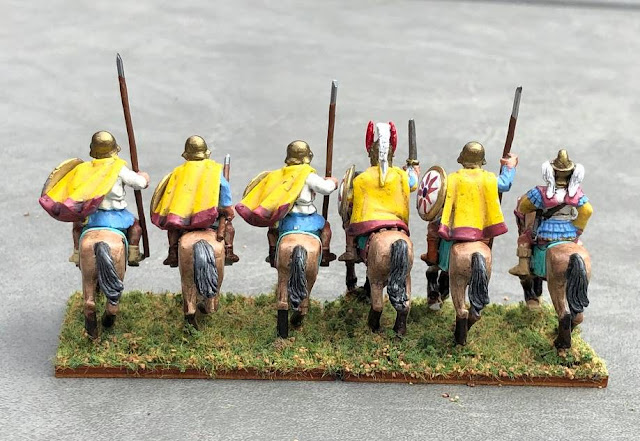 The cloaks actually had weights sewn into them so that they would drape and fall "just so"! 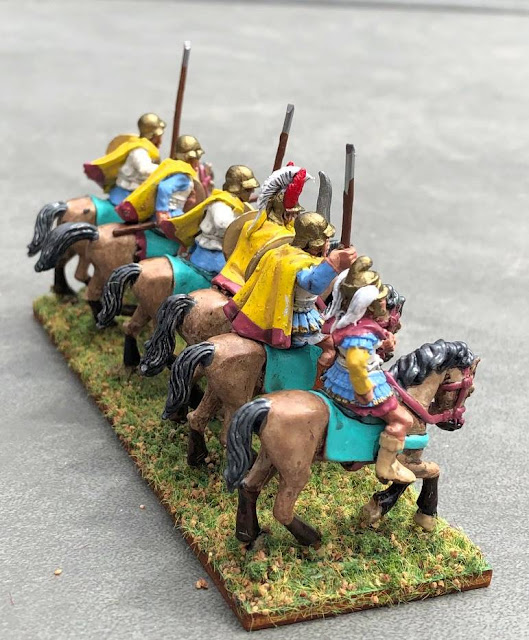 Evidently white tunics and/or bronze armor painted white was common for these troops.