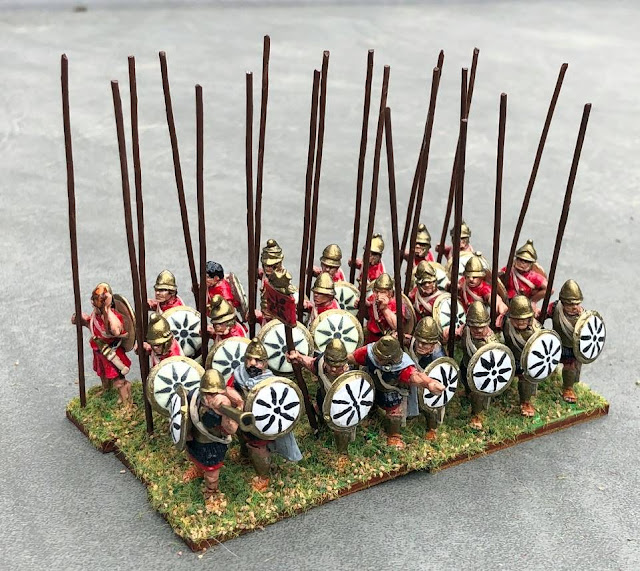 Yet another Macesdonian phalanx stands up from the painting table. 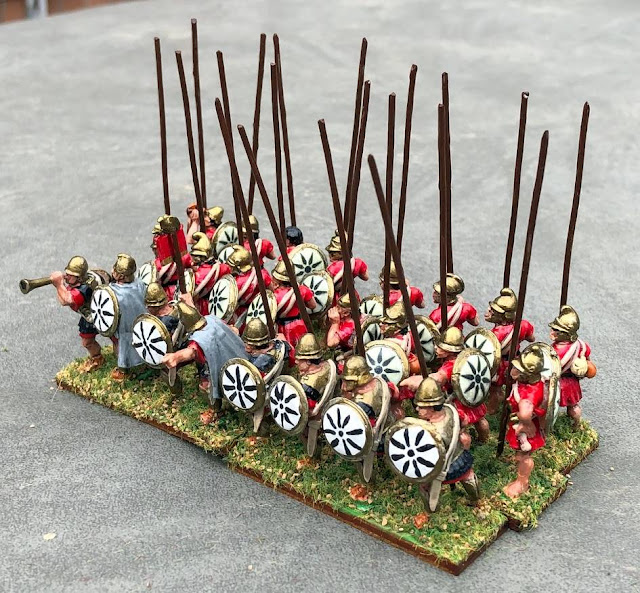 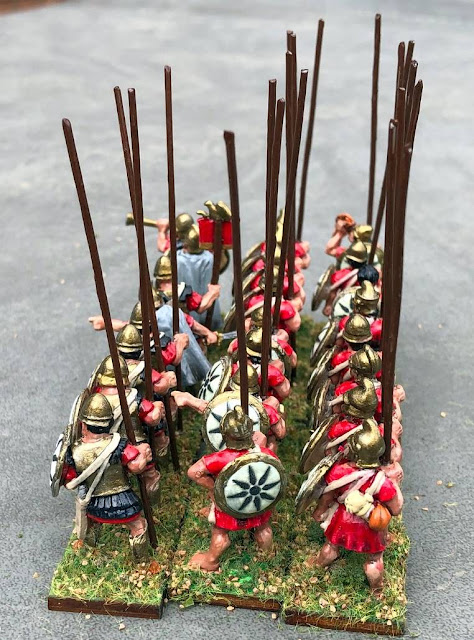 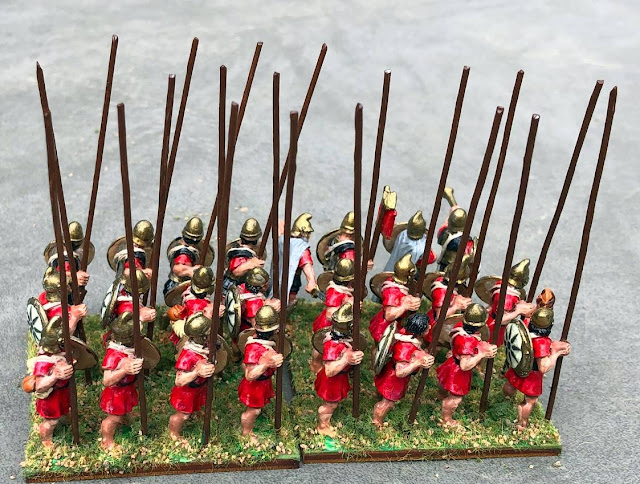 The rear ranks of this phalanx are by a different manufacturer, but I have no idea which one.
Any ideas, guys? 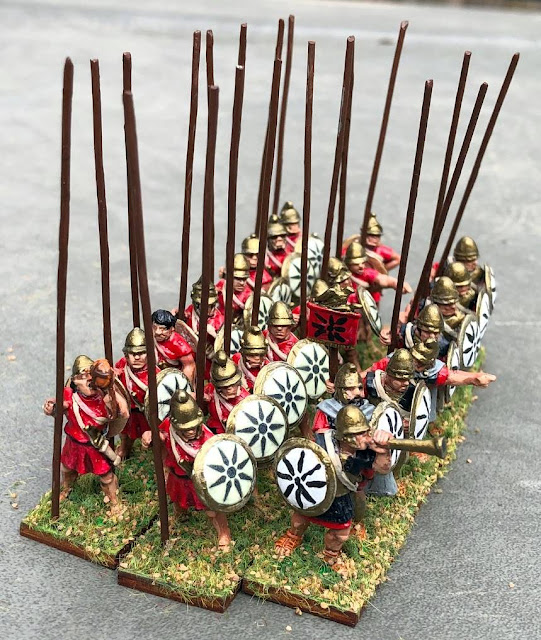 I free painted the black design on the front rank's shields, but used the 16 similar Little Big men studios shield transfers for the 16 figures in the 2nd and 3rd rank. This time they actually went on very easily, now that I understood how to do them! Thanks, Edgar, who provided the transfers as well as the lead. as part of the original purchase at bargain basement pricing. 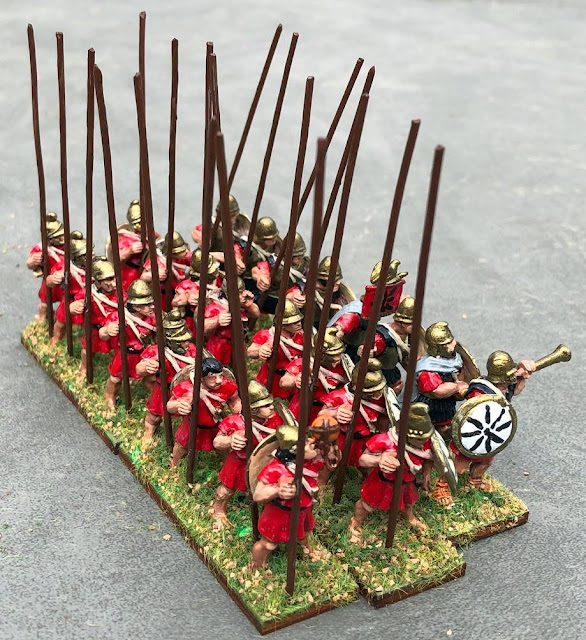 Anyway, the rear rankers have some interesting figures - one drinking from a canteen, one wiping his brow, another pointing. For my British readers, that's rankers, not wankers. Although come to think about it, the way they're holding those pikes...
Posted by Gonsalvo at 11:13 AM