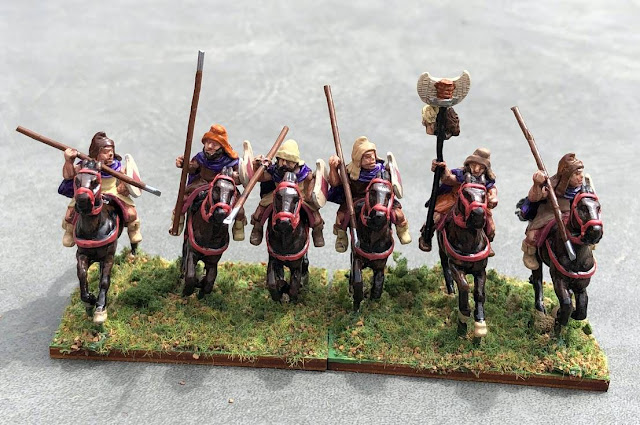 The armies of Alexander and his successors contained a number of contingents of  allied cavalry to supplement the famed "Companions". Among them were the Thracians. It wasn't clear to me whether they fought as Light Cavalry, Medium/Heavy cavalry, or both. 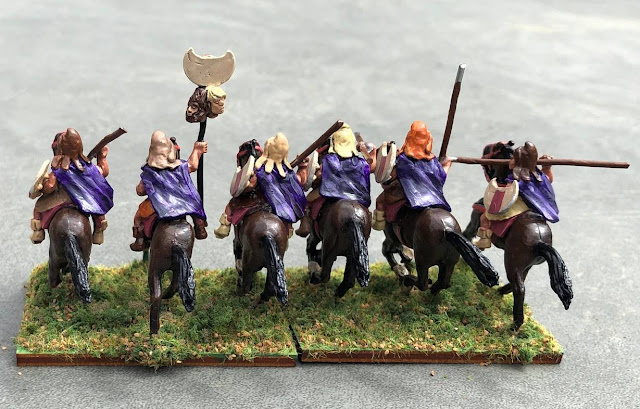 The Greeks considered them "Barbarians"... and those trophies are pretty Barbaric!
These nicely sculpted figures are by Crusader miniatures, and are still more from the original lot of Macedonian lead I purchased from Edgar back in 2015. 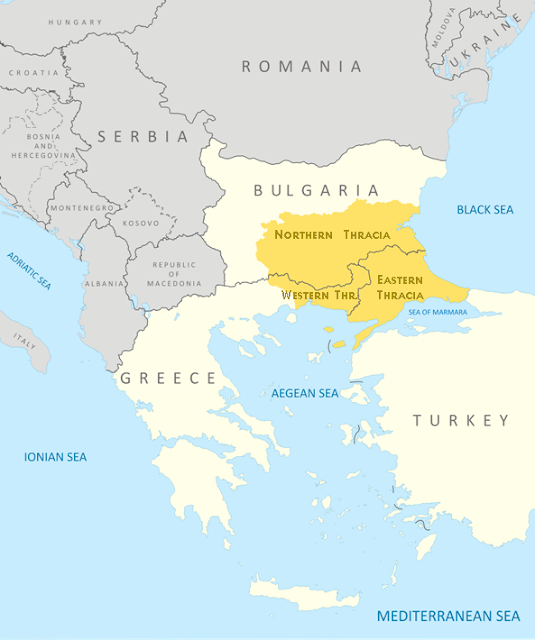 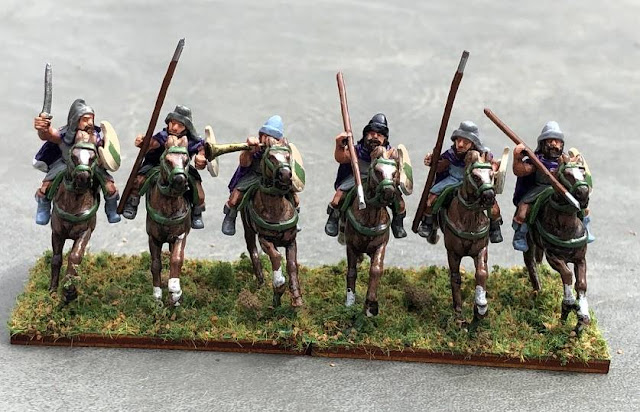 Here's the second unit of six. I have chosen to represent them as Medium cavalry equipped with Javelins/Spears. I have still more Thracian looking cavalry figures in the stockpile I got from Edgar, probably from Old Glory, and those will probably be painted as Light Cavalry. 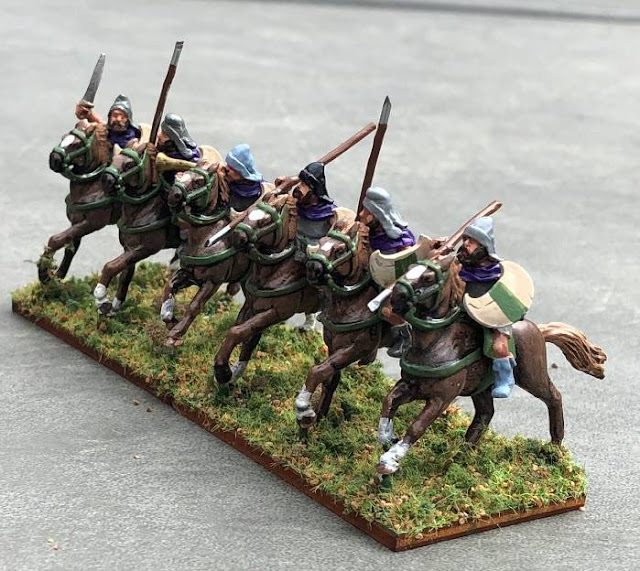 The Osprey on Macedonian Armies after Alexander indicates that the Thracians wore purple cloaks. 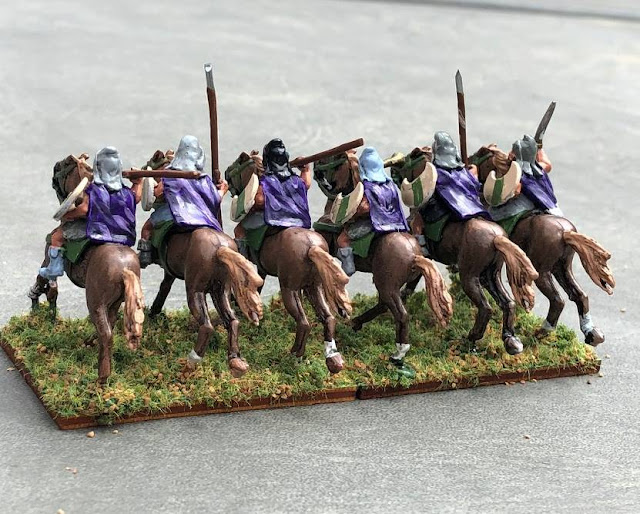 This seems improbable to me, but it certainly is distinctive, so I went with it! Besides, how often do we get to use purple! :-) 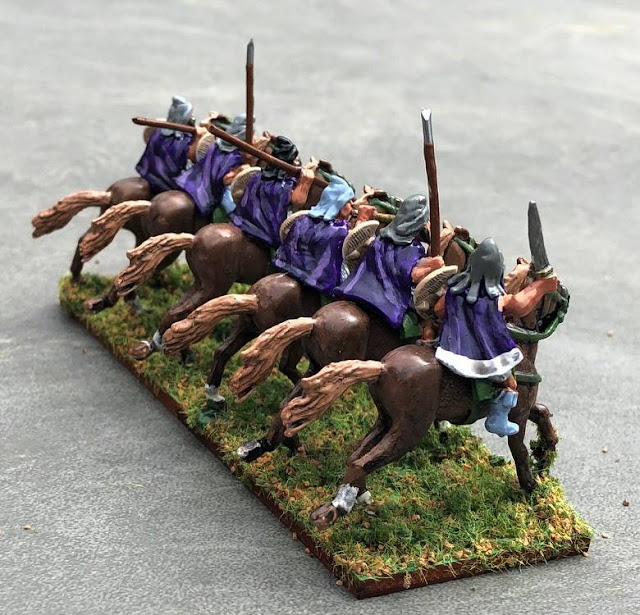 The same book suggests that the stripe at the bottom of the cloak seen on some depictions probably indicates an officer, so I added one to this sword armed figure. 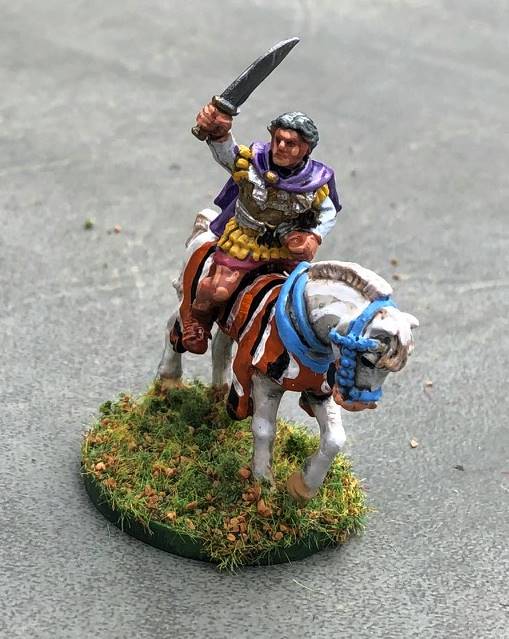 Alexander himself, or some other Macedonian general. 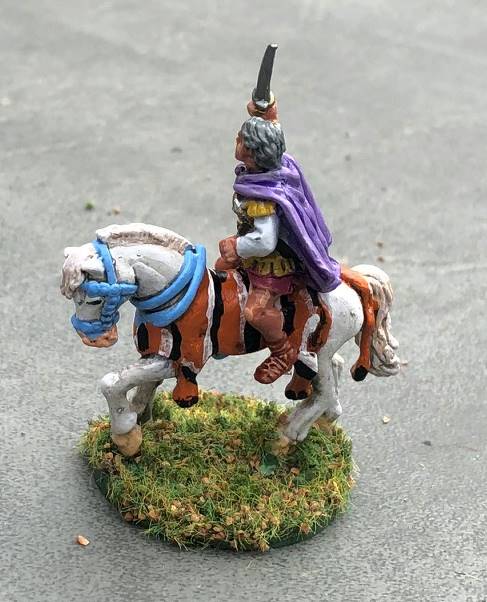 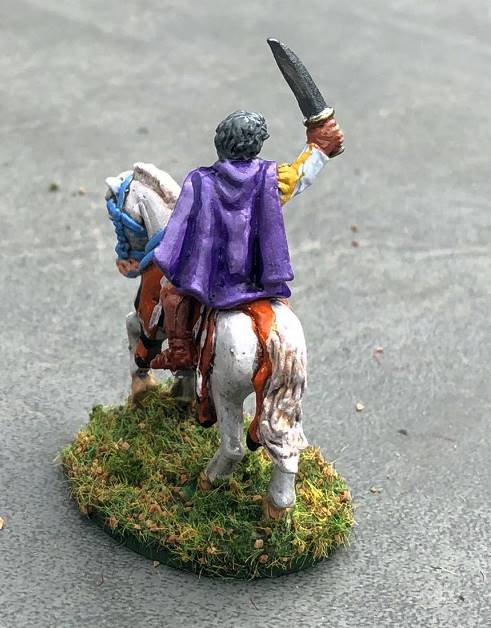 Hmm, missed that bit of errant yellow; I'll go back and touch that up! 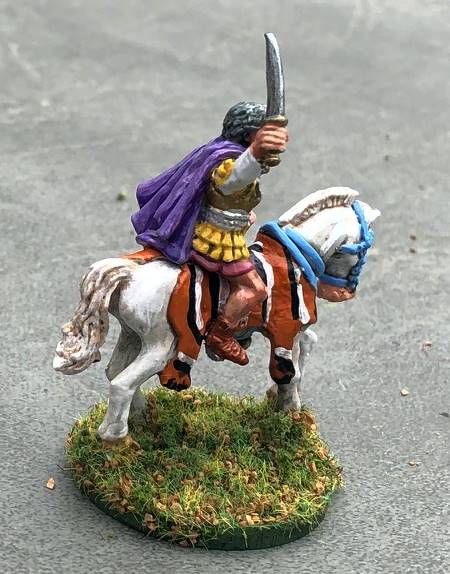 Not as convincing as I'd like with the tiger skin, but it will have to do!
Posted by Gonsalvo at 7:12 PM