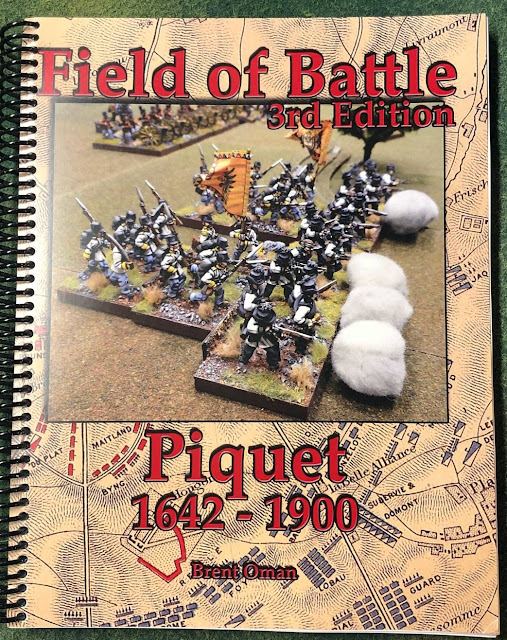 My copy of the newly released Field of Battle, 3rd edition, by Brent Oman arrived a couple of days ago. It is a substantial book at over 180 pages, but more than half of that is period specific rules, QRS's for each major period covered, and the associated Army "lists" (In FoB, these are more very broad guidelines than any rigid set of lists). There are also full col.or version of the card fronts for both Season of Battle of Field of Battle which can be photocopied and printed onto card stock or similar. The spiral bound format is new for Piquet/Field of Battle, and is really nice. No broken bindings from thumbing through the rules again and again (although really that is seldom necessary after a couple of games) , and the rules will lay flat on the table 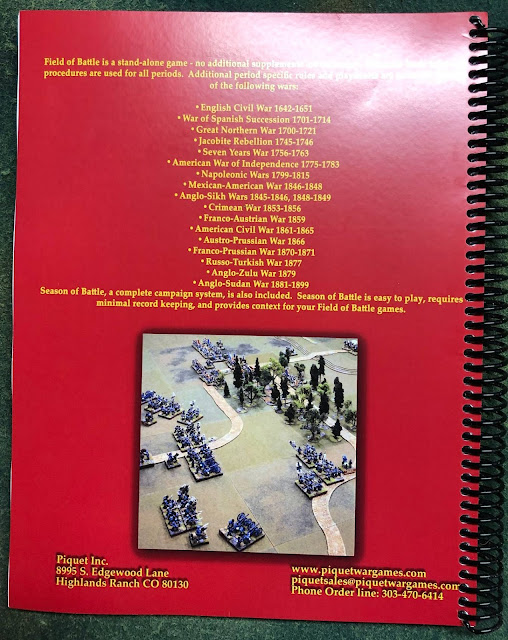 Plus the Season of Battle simple Campaign System. 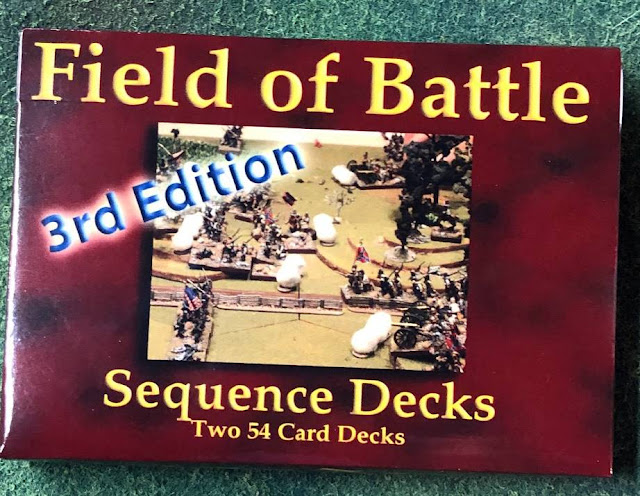 I also got the professionally printed cards. These are my rules of choice for the Napoleonic Wars in particular, so getting the decks was a no-brainer for me.! 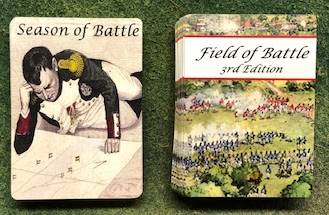 The 3rd edition cards came out really nicely. With slimming down the numb er of card types, and 108 cards there are more than enough for 2 sequence decks; the remainder of the cards are for use with Season Battle, the simplified abstract short Campaign system included in FoB3. 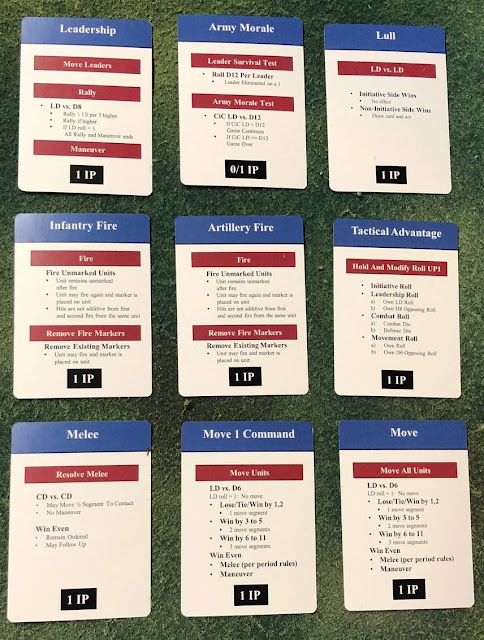 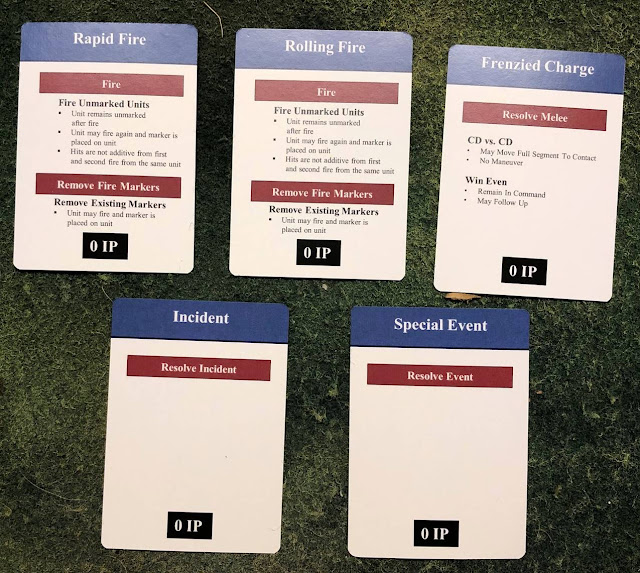 Special cards, added to some decks as needed. A plethora of options are listed for both the Incident and Special Event Cards, replacing the many specific special cards of previous versions of Filed of Battle. 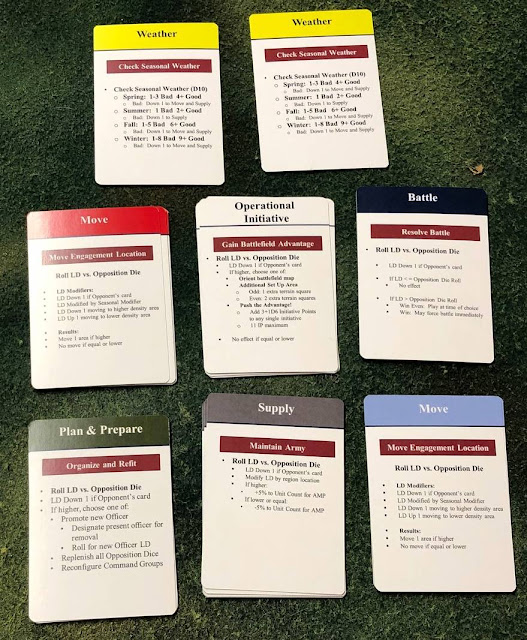 A sampling of the Season of Battle cards. essentially there are 2 Weather cards and six decks of  7 cards each . Only 2 decks would be used for any one Campaign, choosing suitable colors  for the combatants from among the options. There is also a deck of 54 terrain cards for Season of Battle available; I already had a deck from play testing, and once again a full set of color sheets of the card backs for those is also included in the rules. All of these cards are really nicely done.

There is much, much more to say about Field of Battle, 3rd edition, but I really have to sit down and read through the whole thing at least once,  I have read a number of drafts of the rules and, need to review what is in the final version! I plan on a full (if not in anyway unbiased!) review of the rules in the next month or so.

I am in the process of setting oput my first game with the rules right now, a scenario for the battle of Caldiero in 1815. Would there be any interest in a walk through of the main procedures in both setting up and playing a game with FoB3 while I am at it?
Posted by Gonsalvo at 11:32 PM

Email ThisBlogThis!Share to TwitterShare to FacebookShare to Pinterest
Labels: Field of Battle