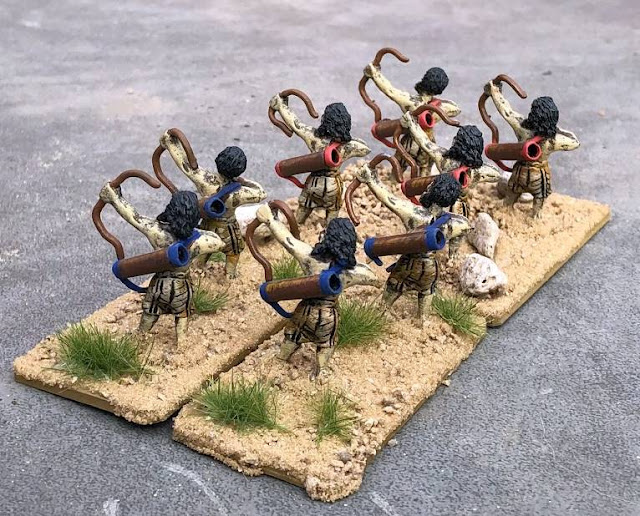 Dressed similarly to the Slingers shown earlier this month, there were a lesser number of skirmishing Archers in Bill's collection. 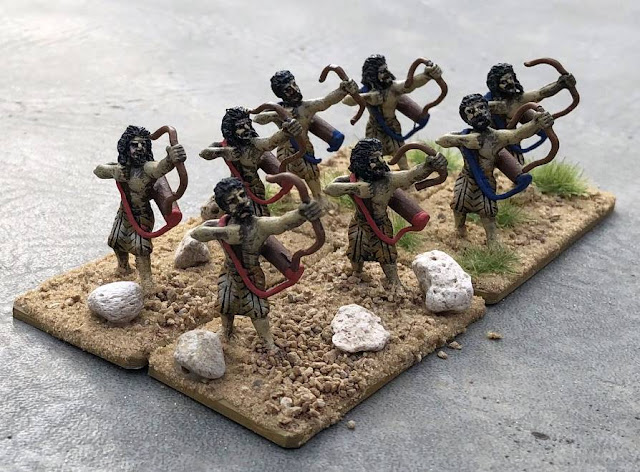 Some color added to the quivers and their straps differentiates the various 4 figure units. 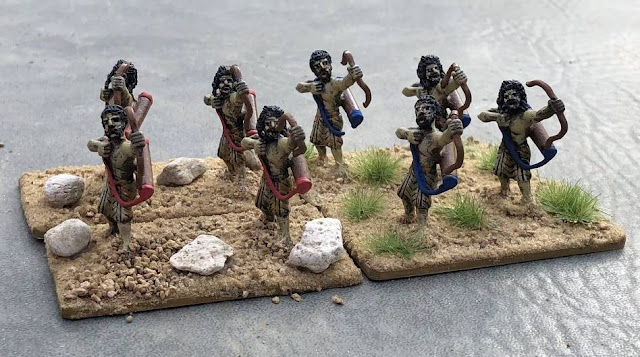 Likewise the different tufts and rocks added to the basing varies by unit. 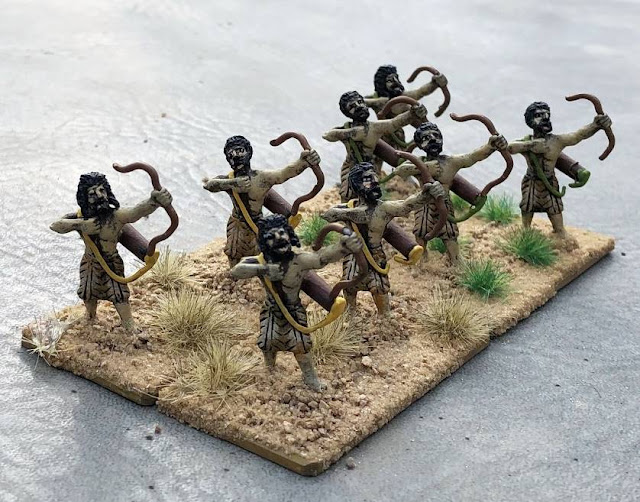 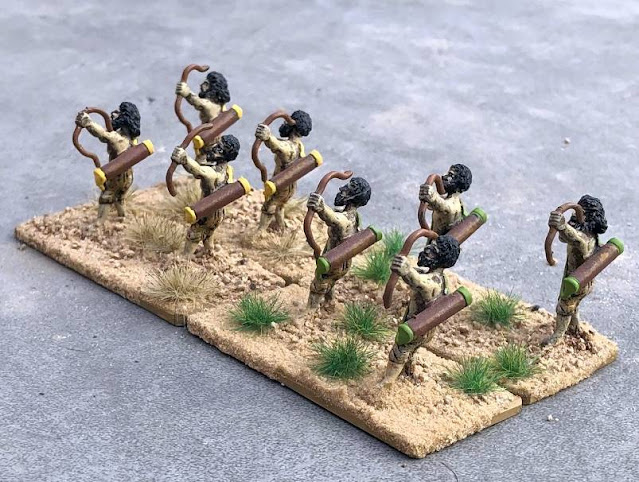 I debated changing that somewhat, but ultimately decided against it. 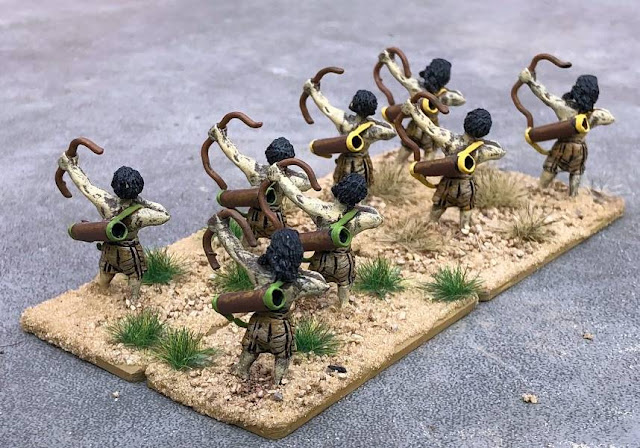 Once again, these could act as auxiliary troops to most chariot era armies. 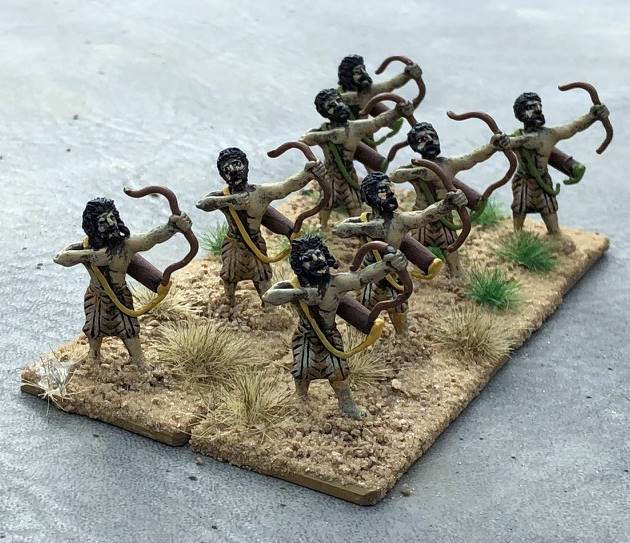 These 4 units of Archers, added to the 7 units of Slingers make 11 units and 44 figures.
Yet to come - the Javelinmen!
Posted by Gonsalvo at 7:53 PM