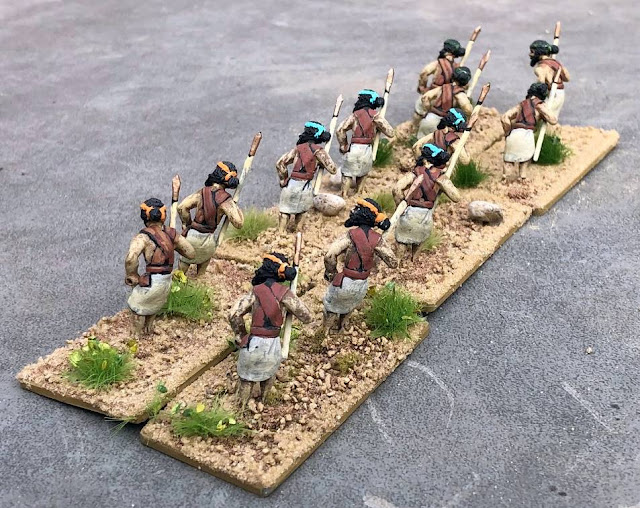 The last of the Hittite and Canaanite forces are another large group of skirmish infantry. 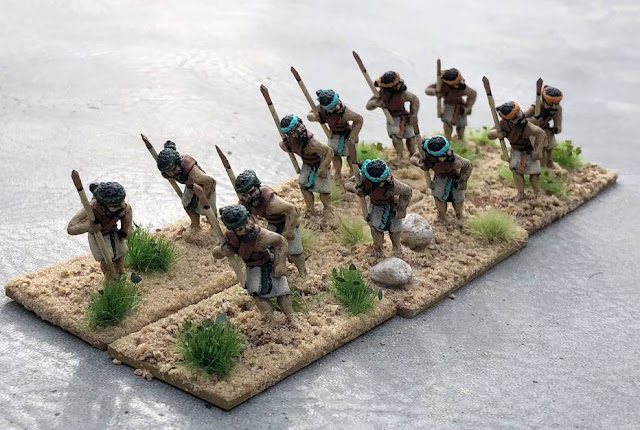 The Javelin men just needed minor of alteration to add a bit of distinctive color to the headbands and skirts.

The same basing enhancements were applied to them as were utilized with the previously shown Archers and Slingers. 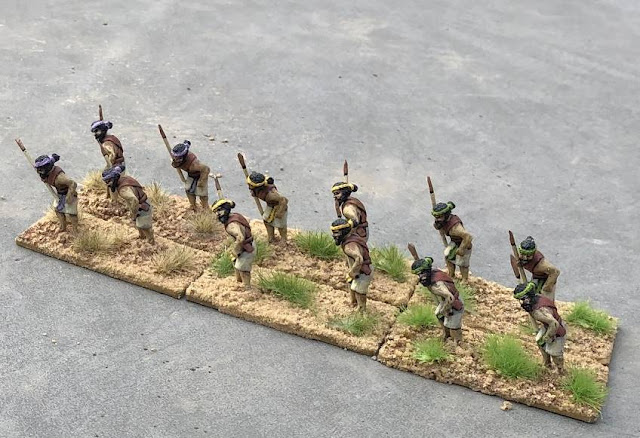 Once again, variations in the tuft colors, rocks etc on the bases were used to further differentiate each small 4 figure, 2 stand "units". 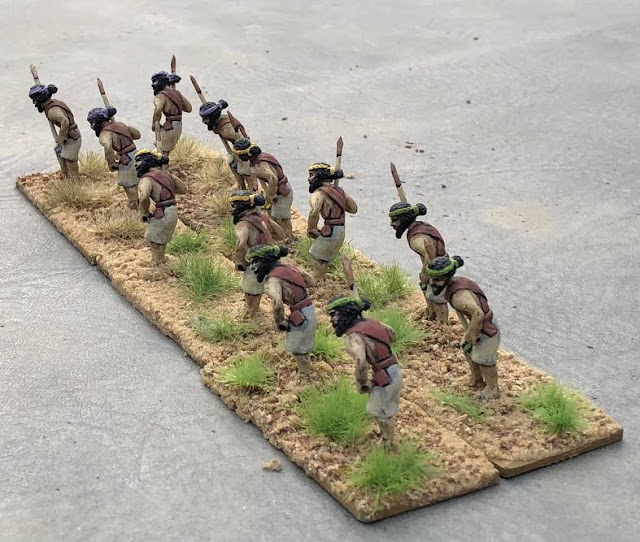 Also as with the previous figures, I decided not to try to alter the skin tones Bill used. 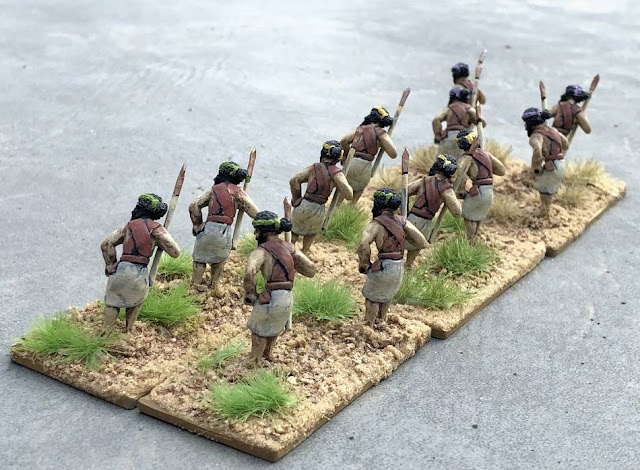 The manufacturer of these figures remains unknown. 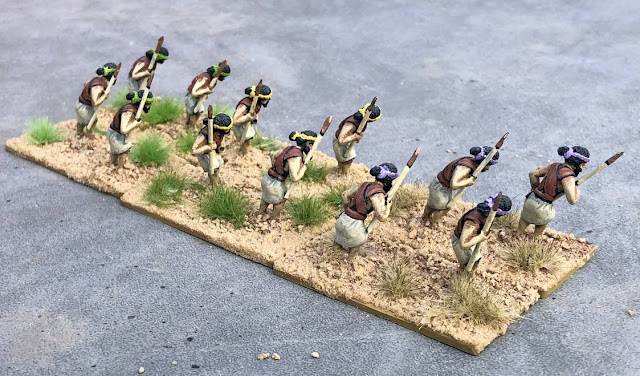 They area bit weak in the ankles and are best handled by the bases. 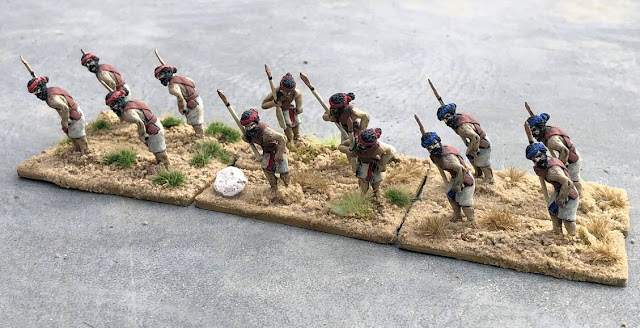 Yet another group of 3 units/12 figures. 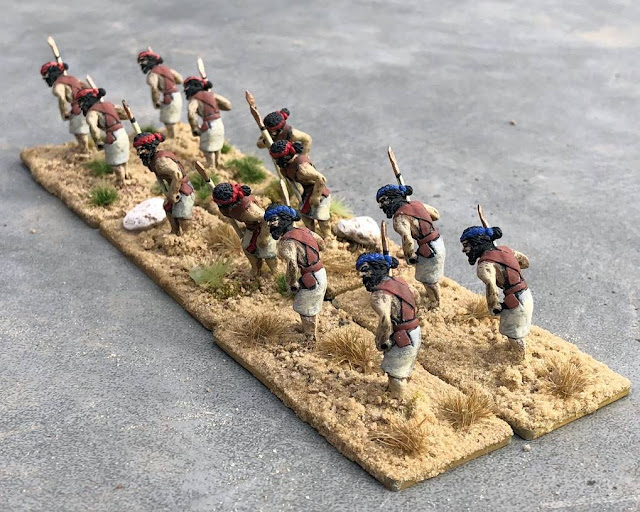 Starting to run out of easily distinguished hues! 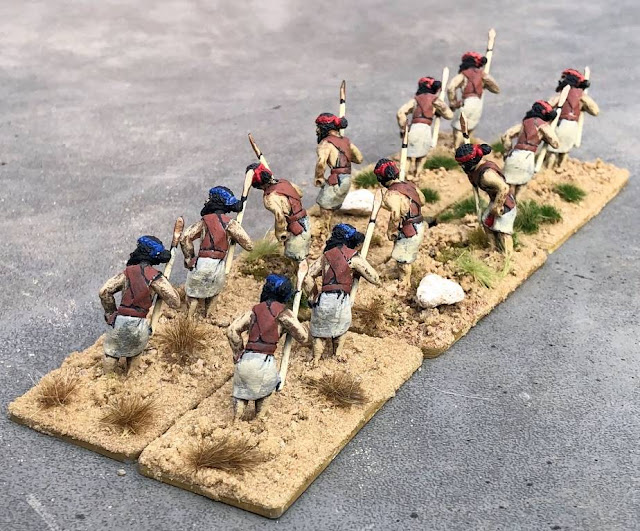 The varied basing elements help there. 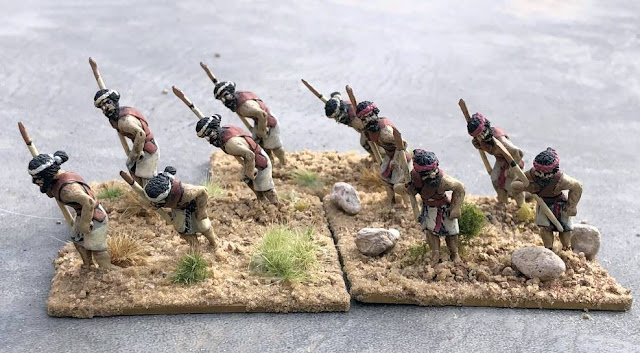 With 46 figures in 11 units, this is probably all the Chariot era Light Infantry Javelin I will ever need for my Canaanite, Hittite, and related Biblical armies. 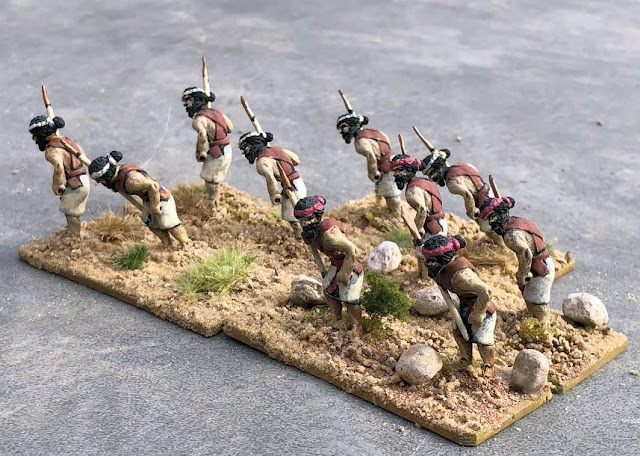 Not worry, though. We STILL are not done with the refurb of Bill McHugh's Biblical era collection. To come in January are some units of Sea Peoples troops - Peleset (Phlistine) and Sardana (Sherdan), and a few Assyrians as well!
Posted by Gonsalvo at 8:49 PM