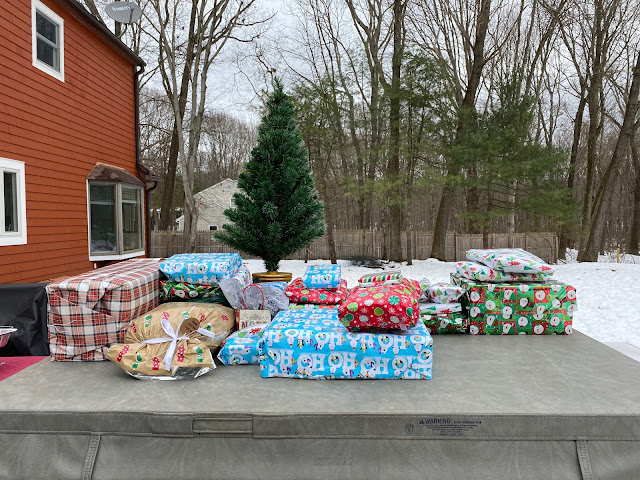 Just as 2020 has been a year like no other, this was a Christmas like no other... held outside in Connecticut on December 24th (our family's traditional day for the celebration... presumably related to our German and Scandinavian origins). 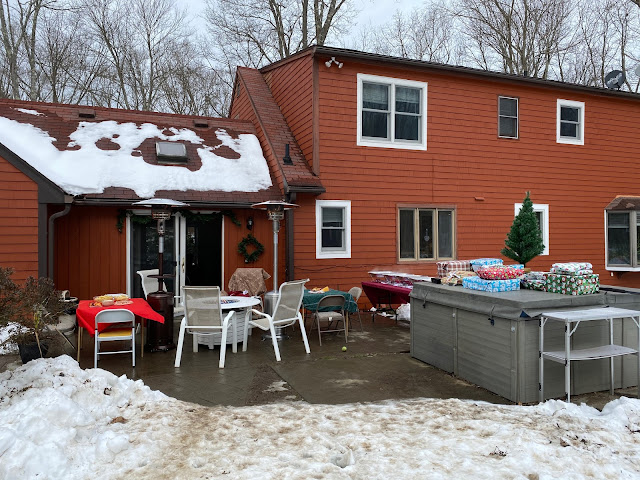 Seven days before we got 16" of snow dumped upon us... one of the largest snowstorms in December in state history! The 24th turned out to be exceptionally warm - high in the mid 50's, but cloudy and with a major rain and windstorm forecast for later in the afternoon. 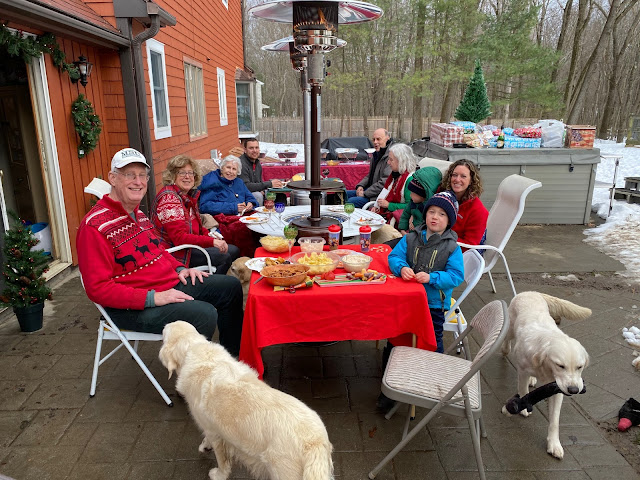 Although most of the family is continually inter-exposed due to caring for my 94 year old Mother in Law and our 2 grandsons, we still wanted to do it outside and as socially distanced as possible.  2 propane heaters and a fire table helped keep even the nonagenarian reasonably warm. The strong breeze certainly made for rapid dispersal of aerosols!  It didn't start to rain until about 3PM, and it was only drizzle for the first few hours. By evening it was heavy rain (3 inches total) and winds up to 60 mph, causing multiple power outages across the state and the region... but fortunately, not ours. Everyone was back home long before any of that became an issue. By Christmas morning, all the snow was gone! 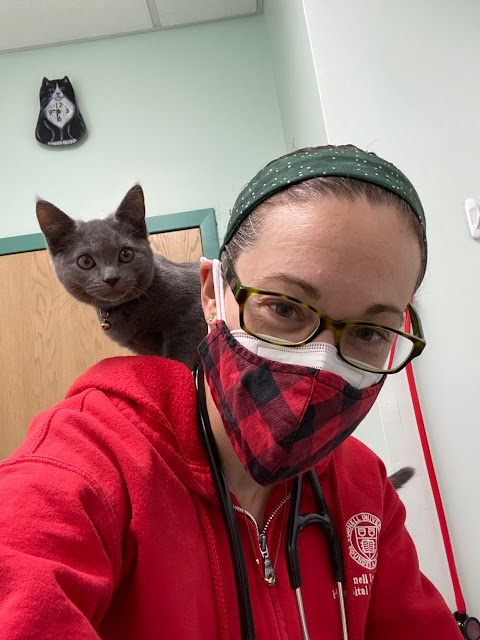 Missing from the picture, the photographer, Dr. Kristie Anderson, seen here at work with one her youngest patients! 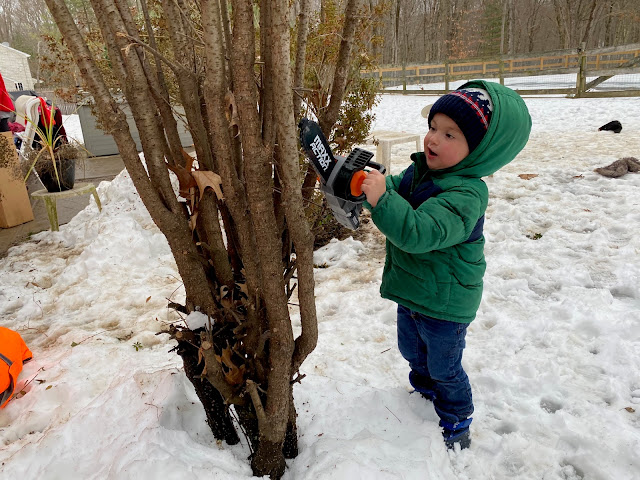 Youngest grandson, Oliver, age 3, with the new "chainsaw" he was given.... he didn't quite understand why the bush wasn't coming down, though! The older grandson, Owen (seated across from me in the prior picture), age 5, may just be ready for a simple wargame in a year or so. We'll see! 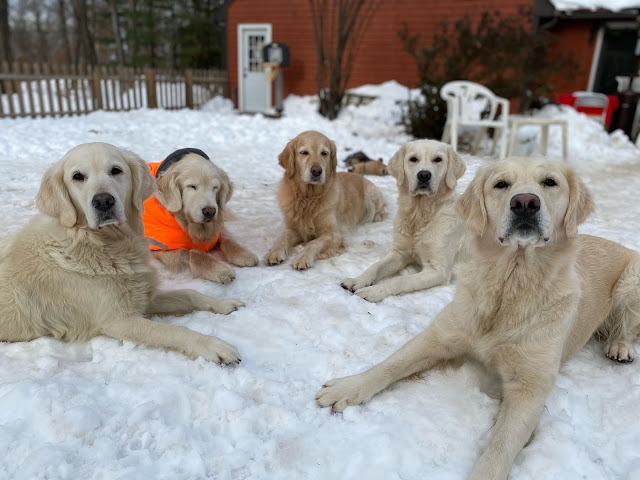 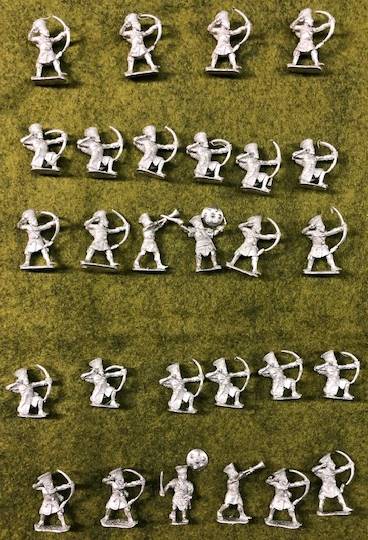 There was some lead for me under the tree, courtesy of the Foundry sale. Above Peleset (Philistine) archers and command - Old Glory doesn't make either. This is enough to make 2 units of MI archers and one of LI archers. I plan to take advantage of the Newline Design sale next week to add oxcarts and maybe a few more foot, some light chariots,  and/or command. 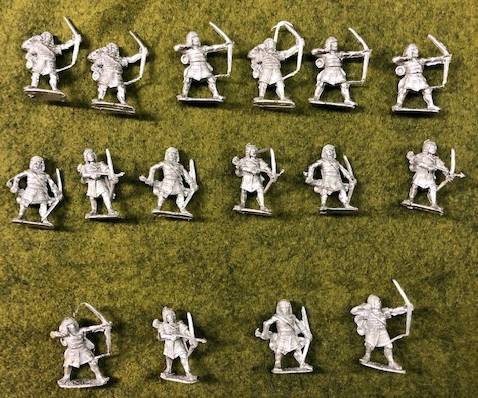 Egyptian "Marine" Archers - enough for 1 unit each MI and LI. 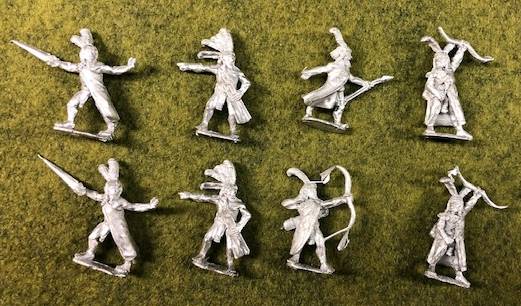 Libyan Command; I planning on adding a couple of packs of Old Glory Libyans, but they lack command figures. 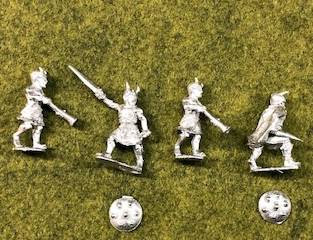 Sardana (Sherdan) command figures, ditto. These will help with a rebasing of my original Sherdans from 16 figures to 12 figure each, re4sulting in an additional unit net. 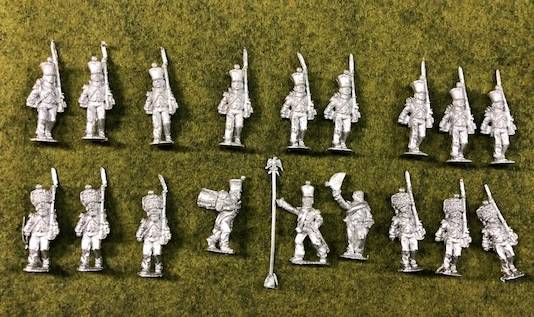 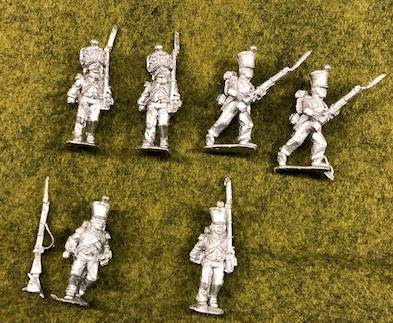 Sure the most annoying thing about Foundry Napoleonics is the bizarre pack sizes... 8 figures each for most infantry. Why 8?  Why not 6, which would be much more logical and flexible. And then... 7 figures for command packs - that are less than 1/2 command figures! The bulk is filled out by a hodge podge of posses from the privates. If you had to have SEVEN figures, wouldn't, say, 2 officers, 2 musicians, and an NCO or sapper make far more sense! I have no idea if I will ever use these "leftovers".  Part of why I never, ever buy Foundry figures except at the time of their annual Christmas sale! 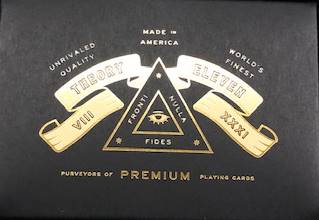 I've been looking at getting some Theory 11 playing cards for a while. They had a 25% off deal for 12 decks, plus 10% off for a first order, plus 2 free decks if your pre discount order was sufficient. 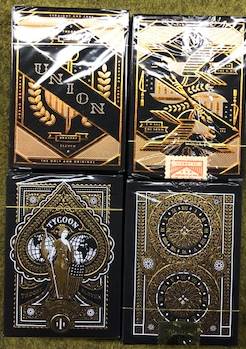 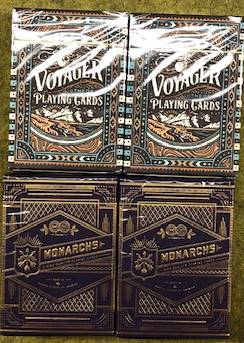 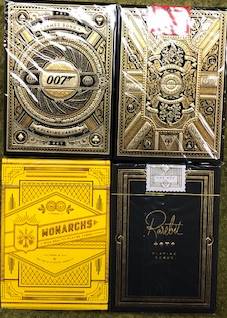 "James Bond", Mandarin Monarch, and Rarebit decks (Elmer Fudd would like the last one - Scwewy Wabbits"!) 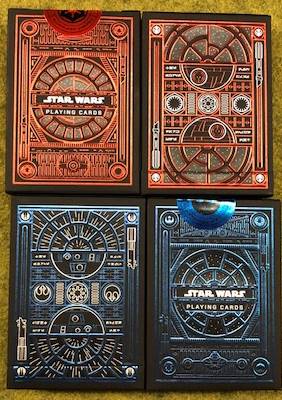 My favorites - Star Wars decks - one pair each of Light Side and Dark side decks. 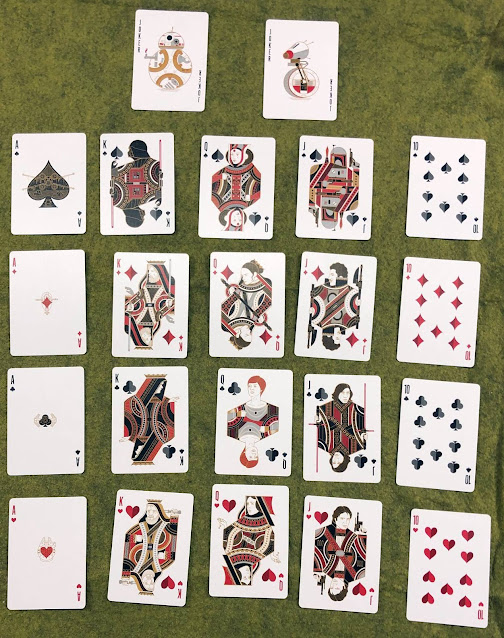 The star wars decks are very customized - the court cards and Jokers especially, but even the pip designs. Very cool! 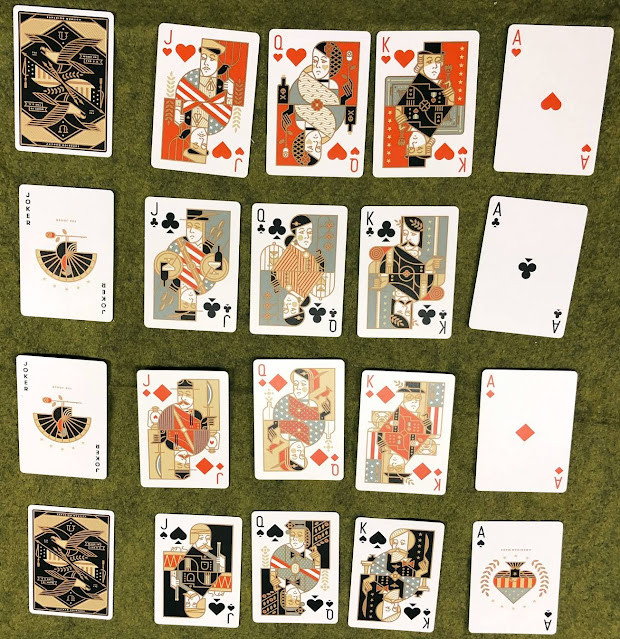 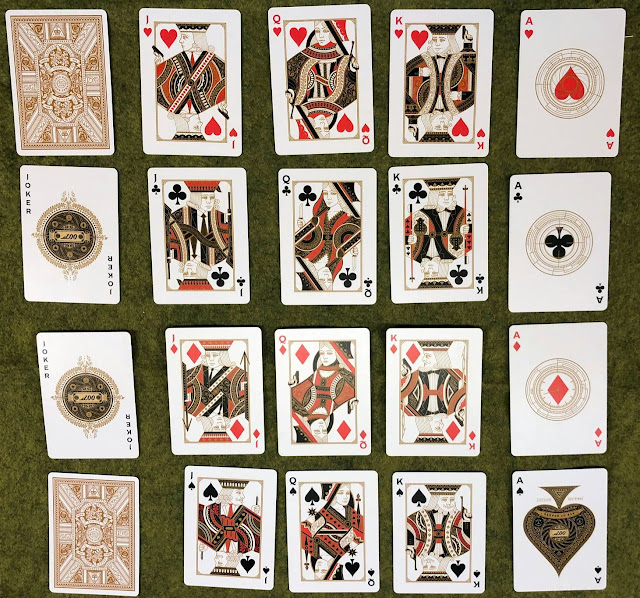 The Bond deck... James Bond.  One thing to be aware of with these cards - the tuckbox designs are incredible, with metallic foil etc., BUT the card backs themselves are much simpler, and usually in one color, as you can see here. 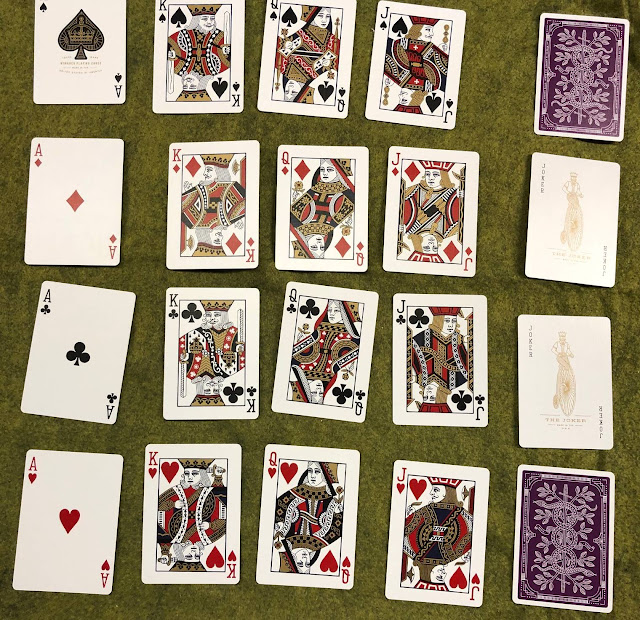 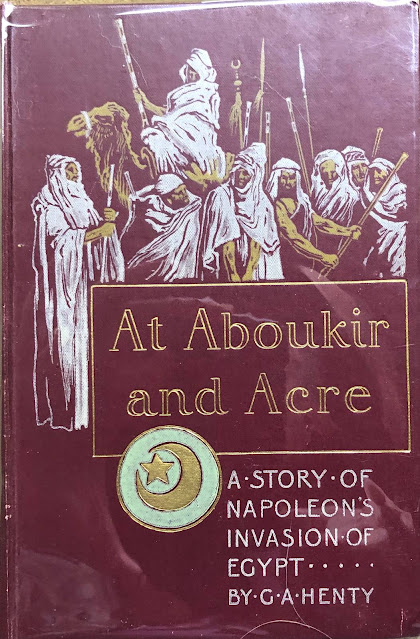 Our friends the Hopkins usually give me the most interesting gifts, and this year was no exception. They share my love of history and books, and process a lot of used books donated to the local public library for book sales. Anything they think might be of interest to me gets sent my way at Christmas.

This one is a historical fiction novel... 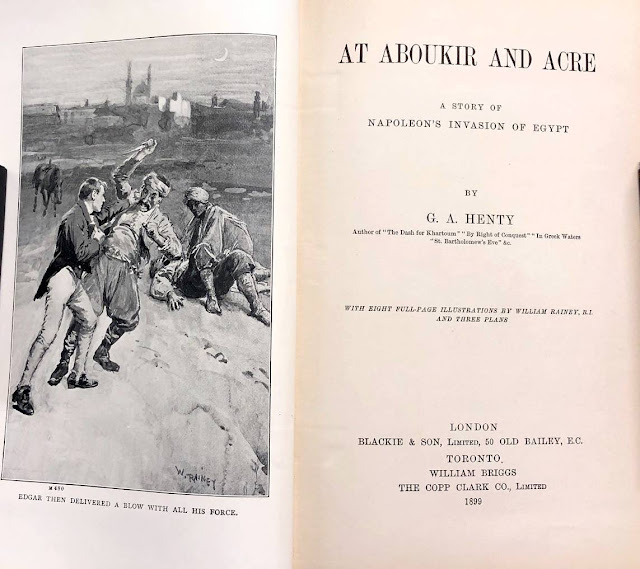 published in 1899!  According to the overleaf, he authored nearly 50 such novels, ranging from Ancient Egypt to the Khartoum /Sudan campaign, most but not all centered on famous campaigns.
The Wikipedia page for George Alfred Henty states it was over 120 such books, of the youth adventure genre. Given the date of publication, I would expect a considerable amount of glorification of British Imperialism, racial; stereotypes etc.; the Wikipedia page confirms those expectations. Recognizing the biases, never the less these kind of books often make stirring reading, and he was eveidently the most successful children's author of his time. Indeed, all of his books are available in current editions!
I must confess to looking forward to reading this one! 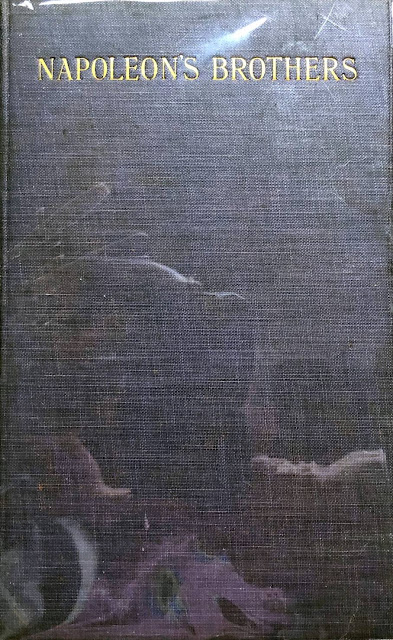 Another unusual title, but actually a rather appealing concept for a book! 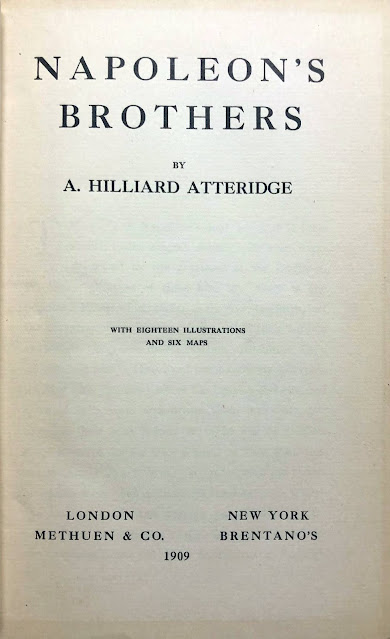 A brief search on this author reveals that he also wrote biographies of Ney and Murat... 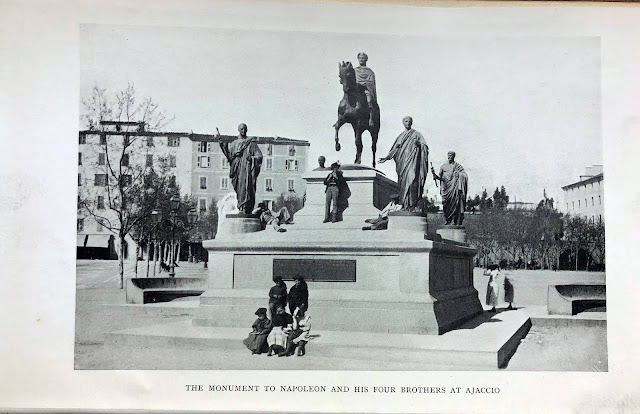 and all three books are in print today! I believe Sam Mustafa wrote a biography of Jerome; we were discussing it when I met him at Historicon in 2011.
Yes, he did. The price is painful, though!
Posted by Gonsalvo at 11:44 PM