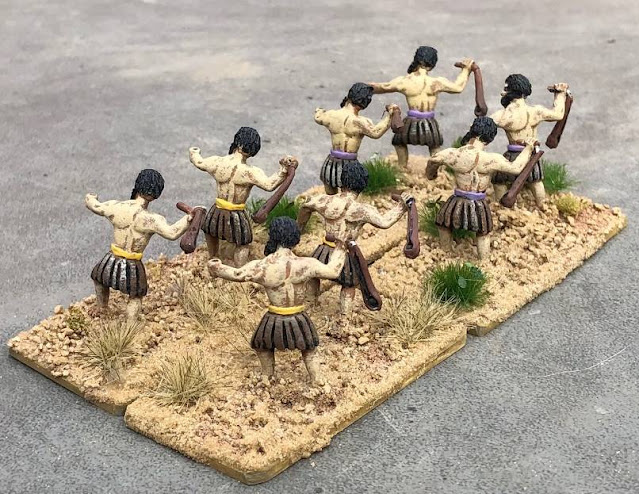 As part of the figures I acquired from the estate of Bill McHugh, there were a large number of light infantry skirmishers. 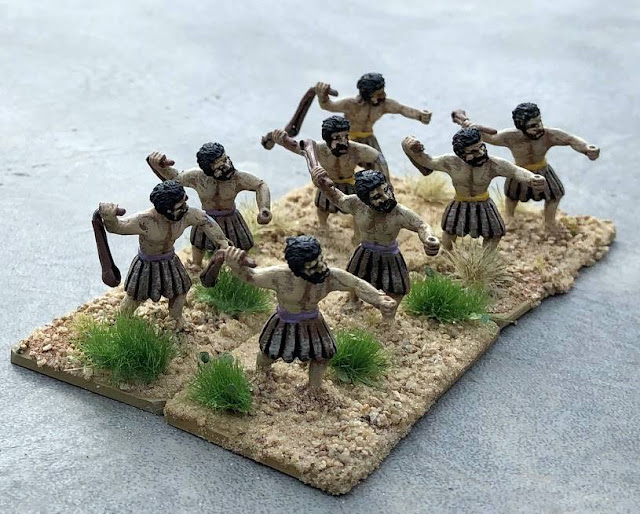 These are pretty generic types that would probably be at home in any army of the Ancient Middle East of  the Chariot era. 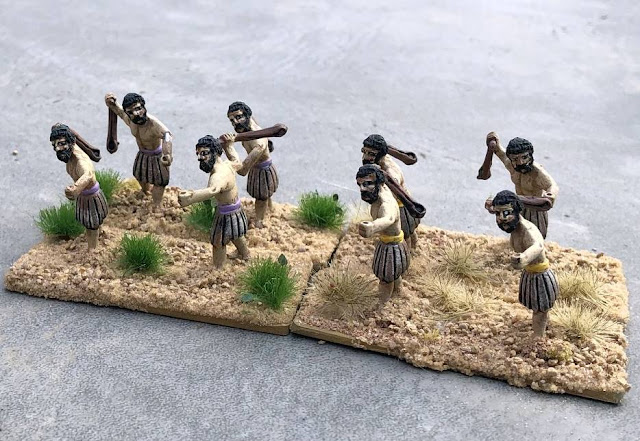 To give them a modicum of differentiation, I gave each "unit" of 2 stands a different colored belt". 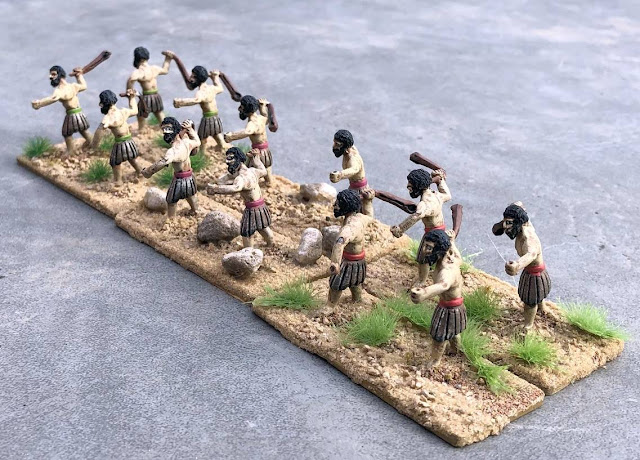 These figures were based on thin ? steel sheets, 30 x 60 mm in size (old WRG standard) which was perfect as that is the basing and base sizes that I already use for my Ancients. 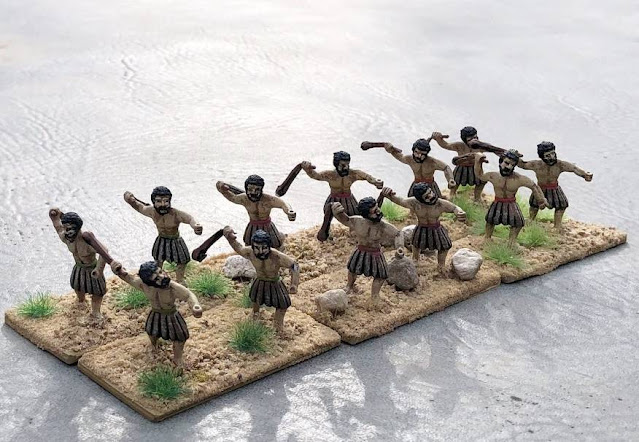 The original basing had a thin uniform layer of medium brown "sand" coating the bases - quite unlike Bill's other troops. Not bad, but pretty boring. 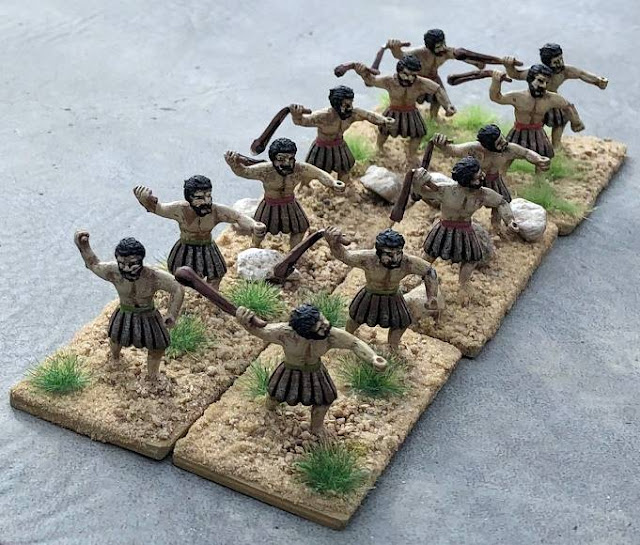 Therefore, I just used my own mix of a lighter colored sand and fine railroad talus on top of that, at times allowing some of the darker brown to show through. 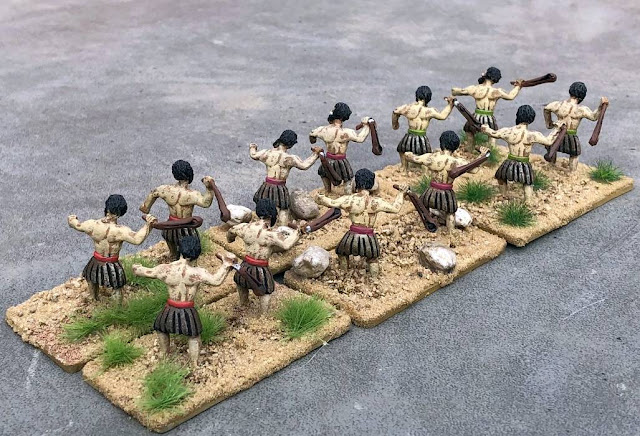 Each unit then also had its own color or style of tufts and/or larger rock added for interest and further differentiation. 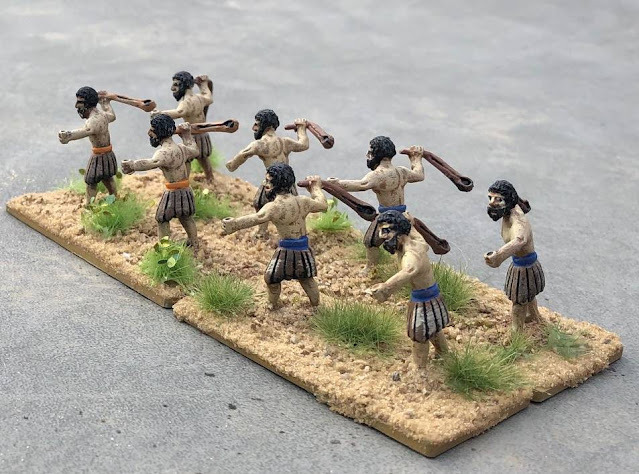 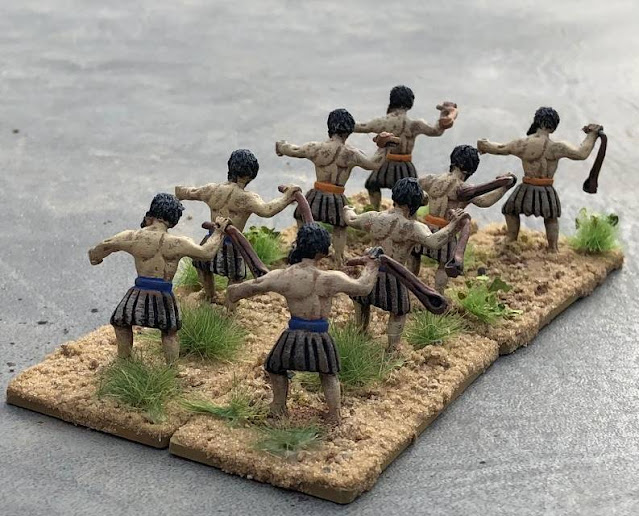 The slings are somewhat fragile; it is best NOT to pick the figures up by them! 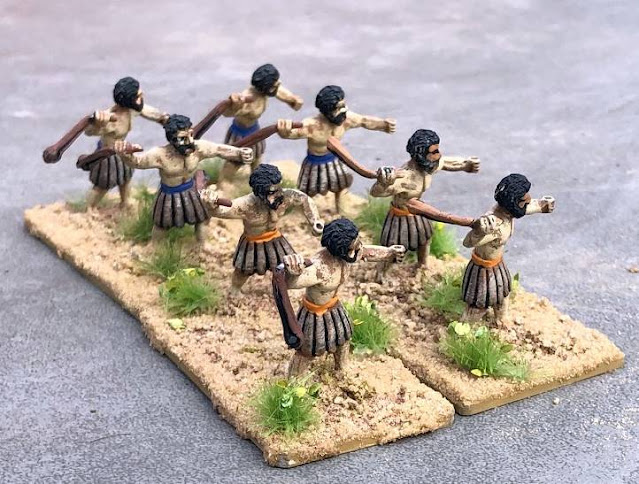 All told, there are 28 figures in 7 units; more than enough for any foreseeable need. They could serve as Canaanite/Syrian allies to the Egyptians, Hittites, Sea peoples, or other early Chariot era armies. For that reason, I decided to list them as Canaanites.
Posted by Gonsalvo at 9:35 PM