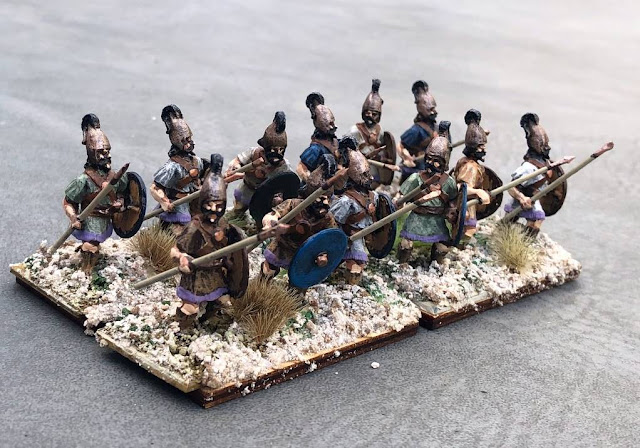 Next up from the refurb project of Bill McHugh's figures are two units of Hittite Guardsmen. 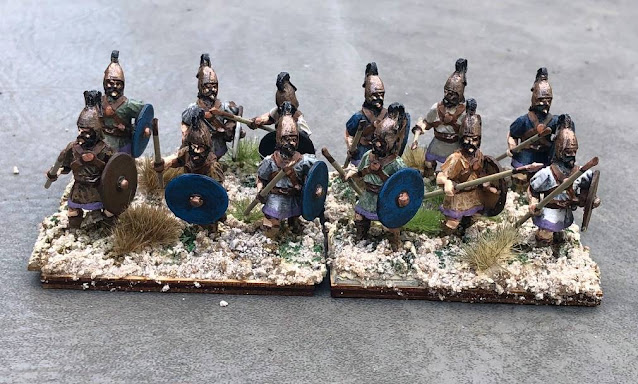 Once again some minor touch up needed, as well as adding the fringe to their tunics, here in a light Lilac shade. 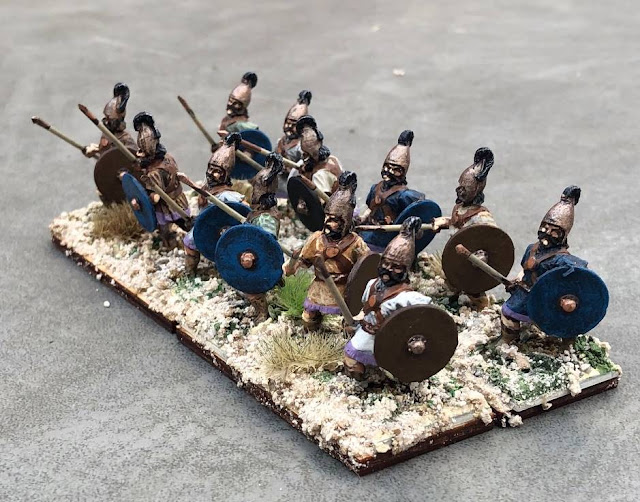 Mostly dark blue and brown shields for these guys. 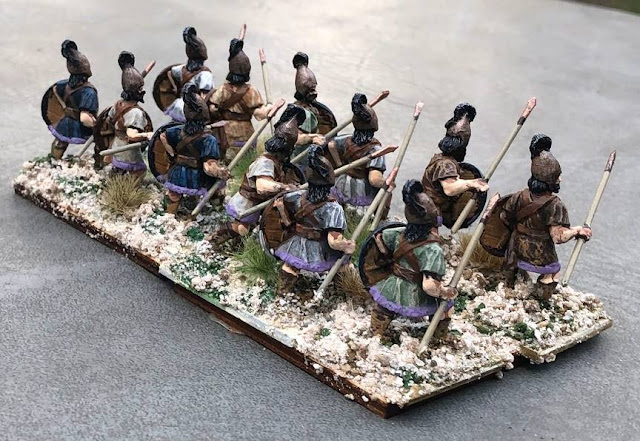 Good base paint jobs on the figures once again. 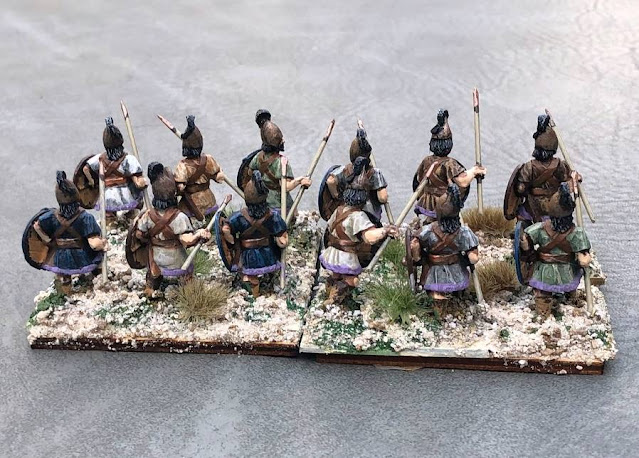 These troops would be "veteran" for To the Strongest with similar adjustments for other rules. 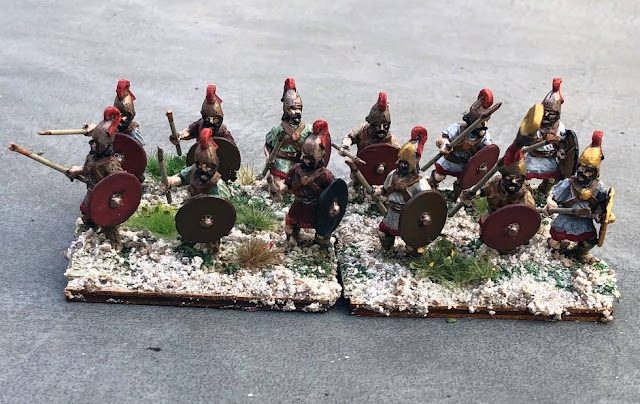 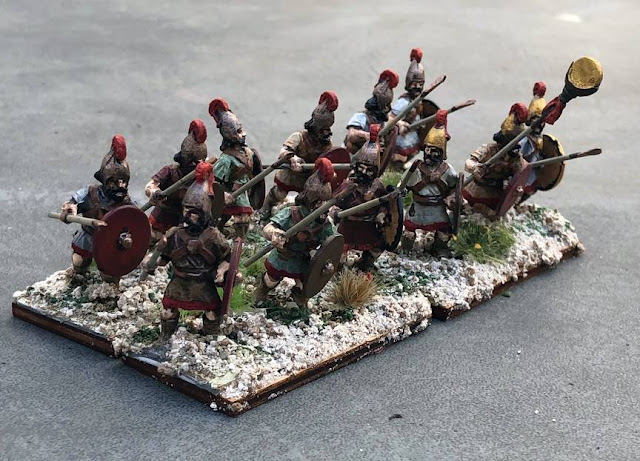 Red crests for them... 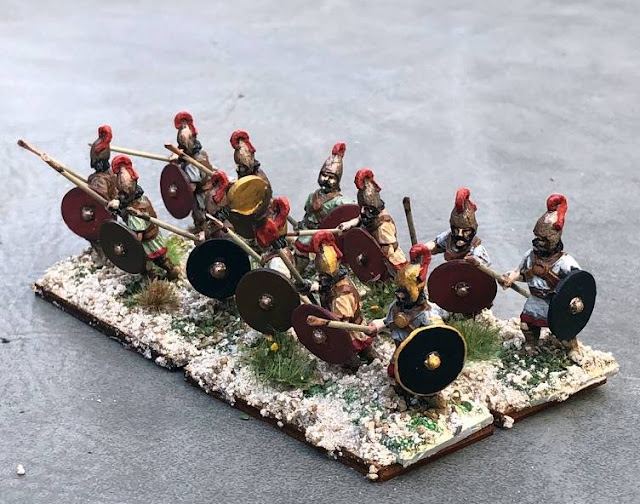 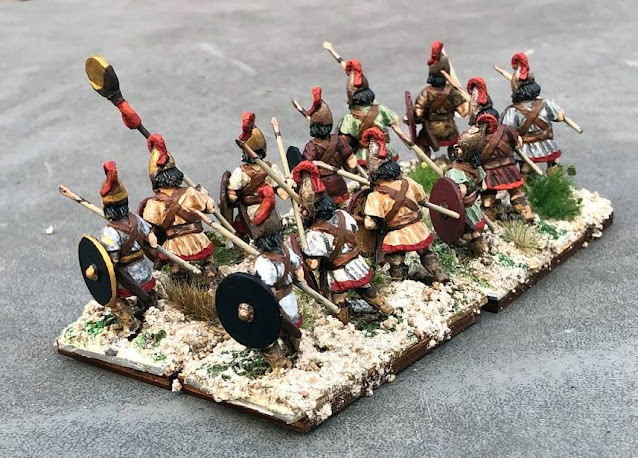 I added the fringes, which Bill never seemed to have painted on his troops even though it is clearly sculpted, for some reason; red for this unit. 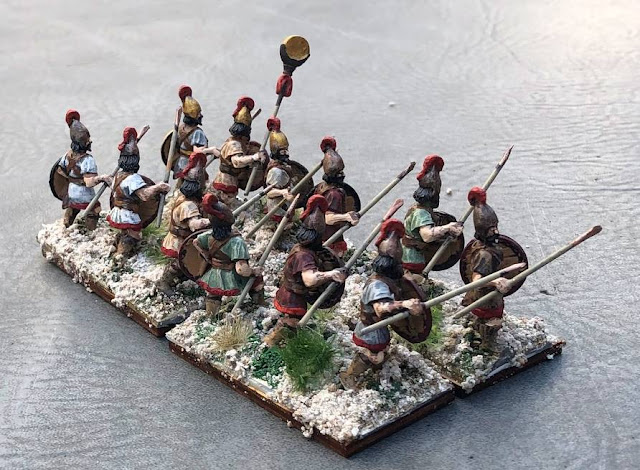