I have a number of Napoleonic Wargames rules that I have been wanting to try out, and with the Pandemic looking to make Face to Face games impossible until at least the Spring, it seems like there is no time like the present to put some of these games on the table. At the top of the list to try out is Neil Thomas' One Hour Wargames. I trust most of you are familiar with this book, but if you aren't, I'd simply say, buy a copy already! Mr. Thomas tries to distill the rules for 9 major periods into their most basic elements, and does it pretty successfully. Couple that with 30 scenarios and variable force compositions, and you have a lot of bang for your buck indeed. Another attraction of these rules is that  the older of my two grandsons is now age 5, and has seen some of my figures and is starting to get an interest in "painting" some figures, as well as some basic childhood games. I think these rules are simple enough for a six year old to play with an adult. Maybe next year!

It also seemed to me that this exercise would also present the opportunity to put some armies on the table that were overdue to escape from the confines of their boxes. While I am at it, I may as well consider exploring campaigns and battles from the Napoleonic Wars that I have not previously explored. Putting all that together, the Russo-Swedish War of 1808 seemed an attractive candidate. I've never played a game from that war, and have a pretty large Swedish army and a huge Russian one. Thus it was decided that the first game of the series would be the first small action of that war, the combat at Leppävirta, March 11th 1808. I found a great site with background on the war, and a refight of all of the actions of that conflict.

I will go into more detail when I post the battle report, but I decided to go with 6 units a side, which is what most of the NT scenarios are designed for and a relatively simple terrain setup based upon the action. 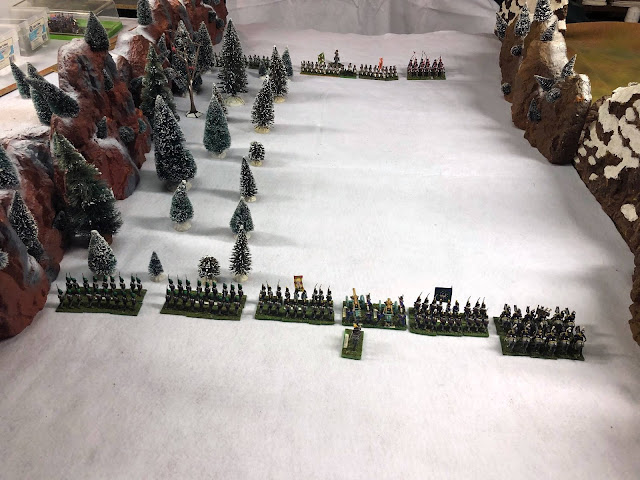 Swedes (yay!) near, Russians (boo!) in the distance.
[with apologies to Dimitri and our other Russian friends. Actually, as Denmark was allied to Russia and France in this war, I suppose I should be rooting for the Russians after all!] 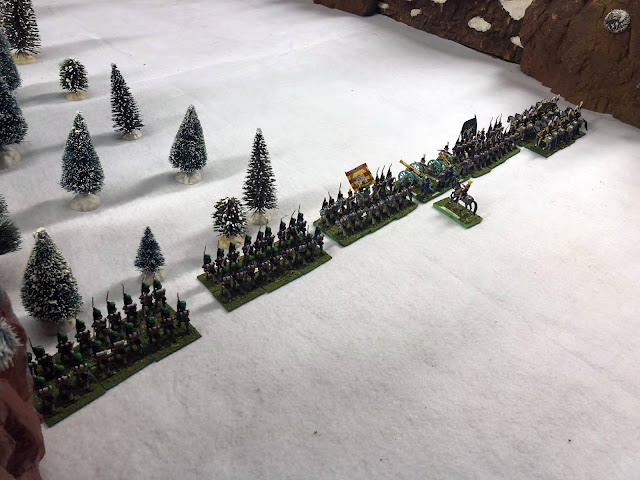 Close up of the Swedish force. While snow covered tabletops look great, it's really hard to get good pictures with a lot of white background! 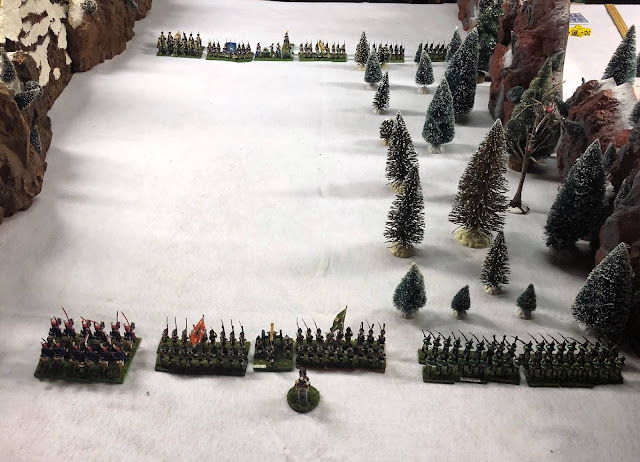 Close up of the Russian forces. With both armies being all Minifigs, a very "old skool" look! 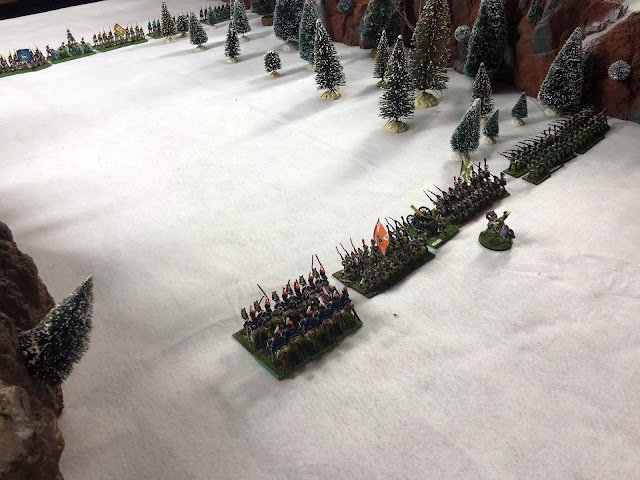 Another shot of the battlefield, with the action ready to commence! 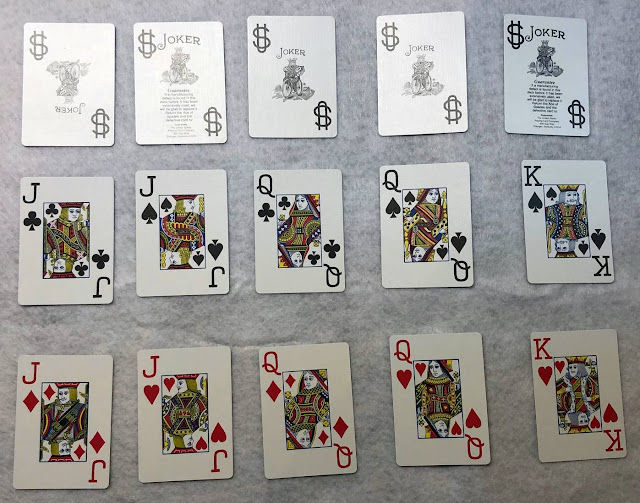 In the appendix, Mr. Thomas suggests the use of Chance Cards for solo play. a very old skool mechanism. The suggested set has 15 cards, 5 with no effect, 5 that favor the player drawing them, and five that favor the opposition. Having scads of  jokers and court cards left over from my many 80 card decks for TTS, it was a simple matter to assign them values as below:

Obviously, Jokers are neutral, black suits are bad cards and red suits are good ones.
Posted by Gonsalvo at 11:40 PM