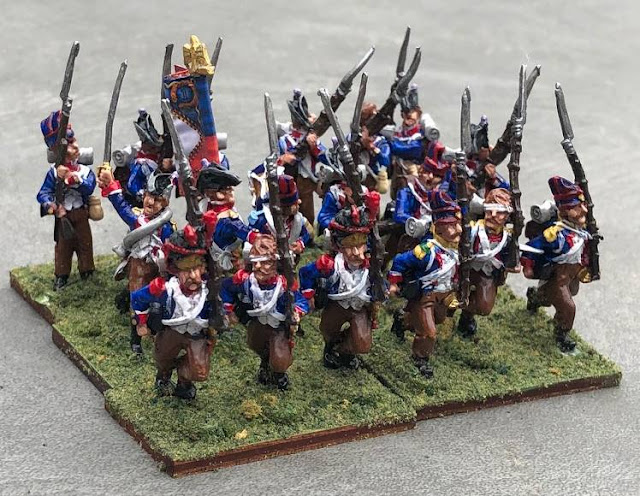 The 54e Ligne had it's origins in the Royal Roussillon regiment, itself dating all the way back to 1657. 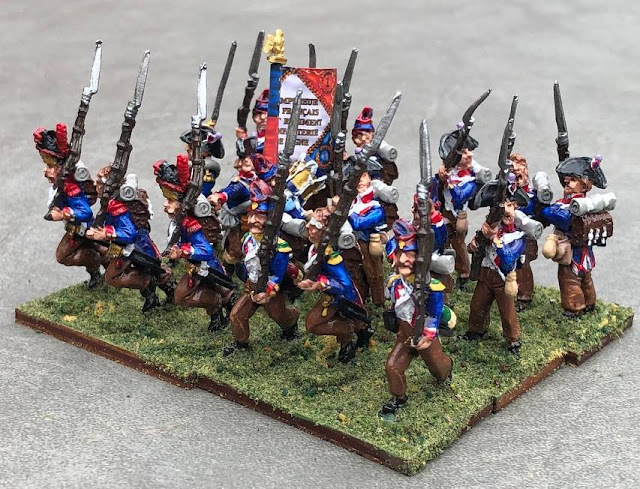 This unit of Old Glory figures have worn out their white pantaloons, and replaced them with non regulation brown ones. Perhaps this was a foretaste of their future years spent campaigning in Spain. 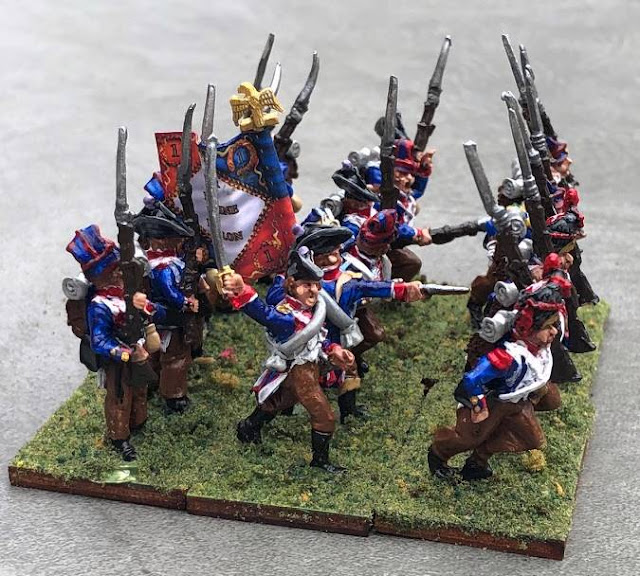 The regiment fought with the Grande Armee, seeing combat at Austerlitz (1805) and Friedland (1807). 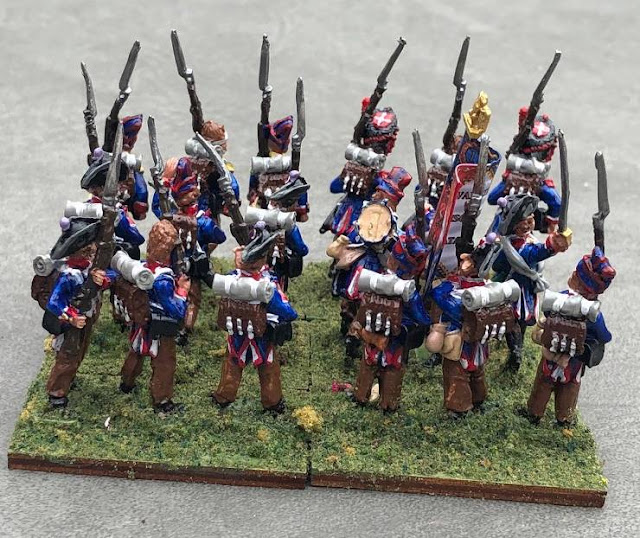 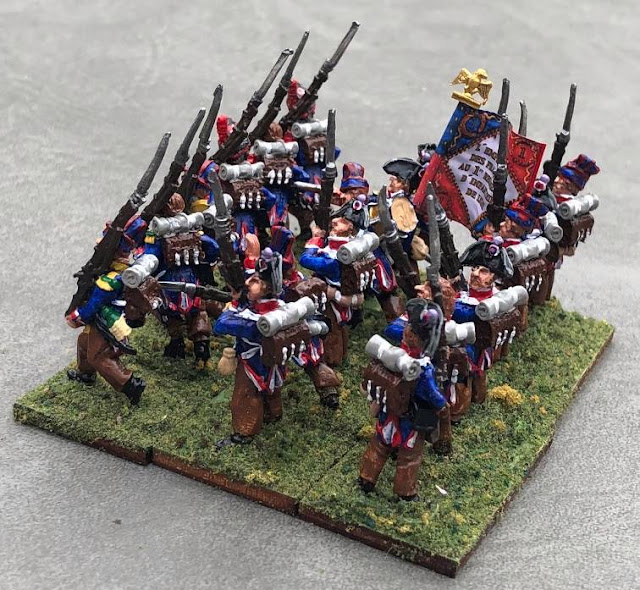 With the debacle of the retreat from Russia, during 1813 battalions of the 54th fought in both Spain and Germany. 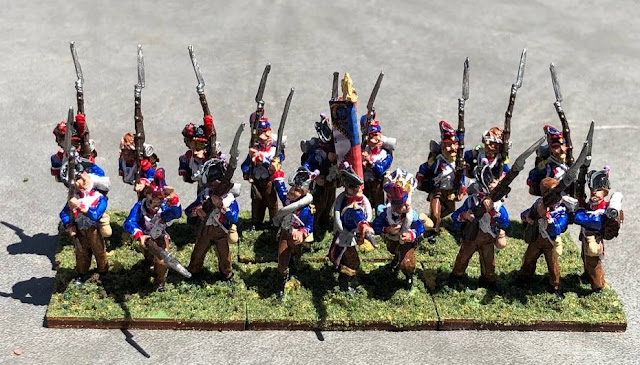 During 1814, 1 battalion was in France, and saw fighting at  Fere Champenoise. 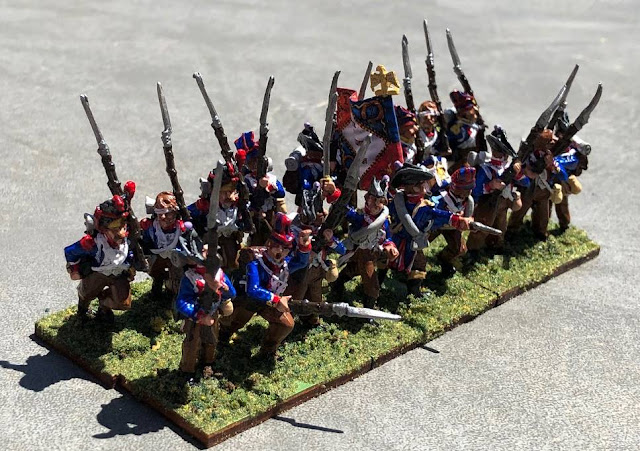 During the 110 Days Campaign of 1815, the 54e formed part of the Armee du Nord, and fought at the Battle of Waterloo. 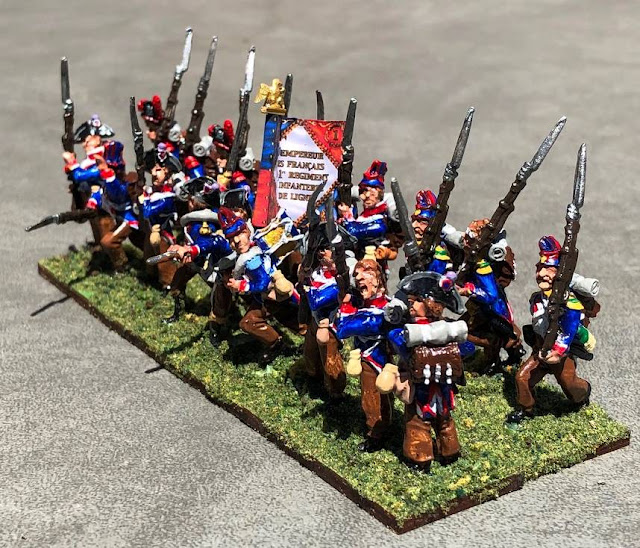 An unusually large portion of this regiment is wearing their fatigue caps in place of the bicorne and bearskins, and quite a few seem to have lost their headgear altogether! 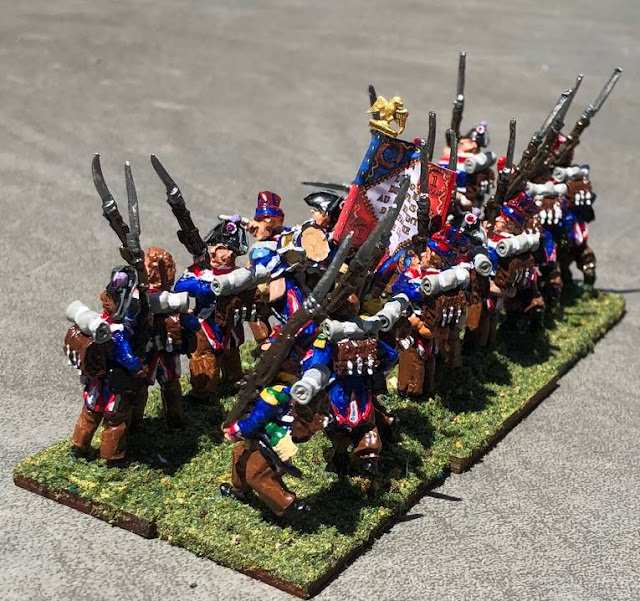 The regiment's eagle is adorned by a flag from Adolfo Ramos.

I haven't forgotten about Caldiero - this unit will be participating. Just finalizing some details before I can start the actual game!
Posted by Gonsalvo at 9:17 PM