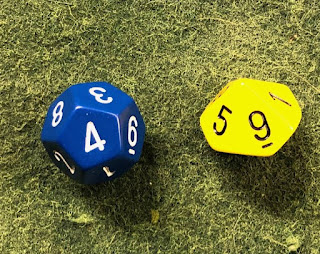 Massena and Karl dice for the new initiative, and Karl wins. Fearful of what might happen if he allows the French 5 cards, he chooses to go first. 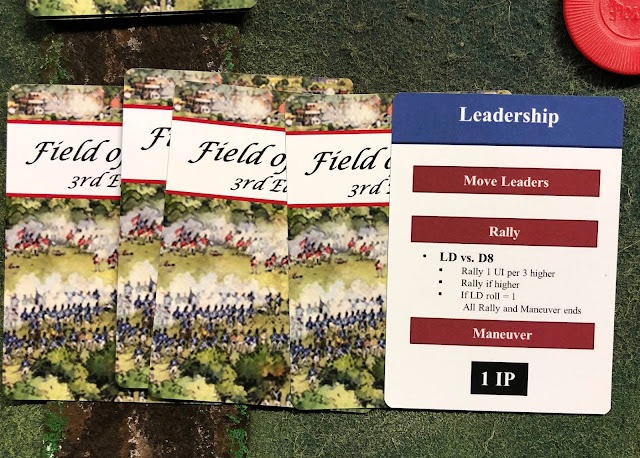 The first of the 5 Austrian cards is LEADERSHIP. This card has changed the most in FoB3. In addition to its former function of allowing movement of all of the Army's officers, and rallying of their troops, it now has also taken on the function of the old MANEUVER card, which has now disappeared. 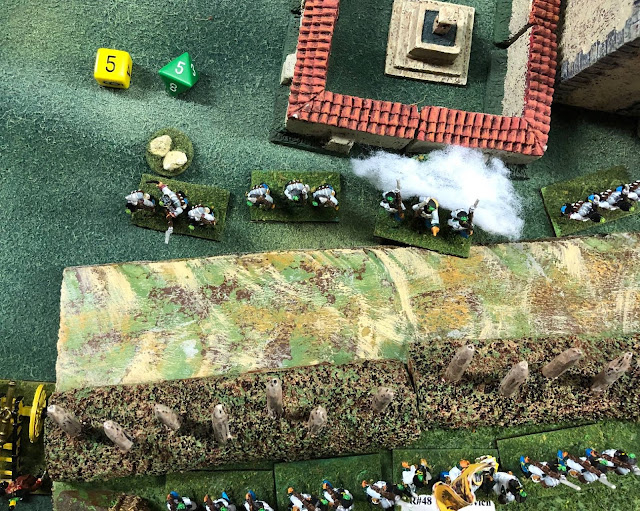 The Austrians have only one unit needing Rallying - the Hungarians who were routed from the Suburbs of Caldiero. Rallying attempts are always made against a D8. The command Groups leader has an LD 10, buit iot is shifted DOWN 1 each for the unit being rourted, and for it being within 12" of the enemy; hence the D6 rolled. If the modified LD roll exceeds the oppoasing D8, that is enough to rally from routing, or remove Disorder from a unit. For every 3 pips the LD roll exceeds the D8 score, 1 UI is recovered. Morale Points lost previously, however, can NOT be regained in this fashion. Here, the  attempt fails. 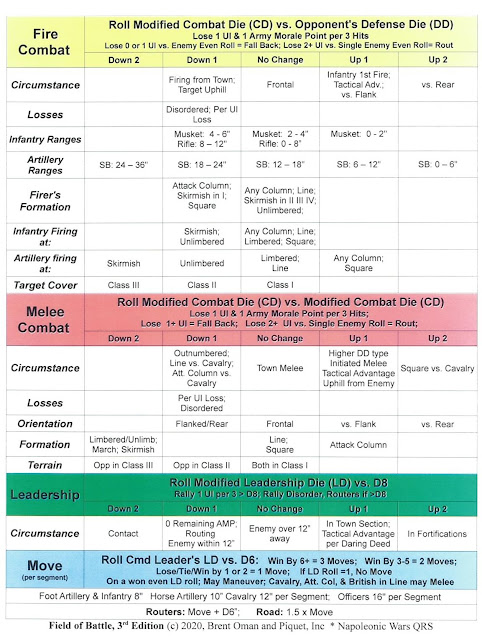 The Napoleonic QRS for reference once again.
ALL  17 of the Field of Battle Quick Reference Sheets are available for free download from the Piquet website; use the Coupon Code FREE DOWNLOAD to get it for free. 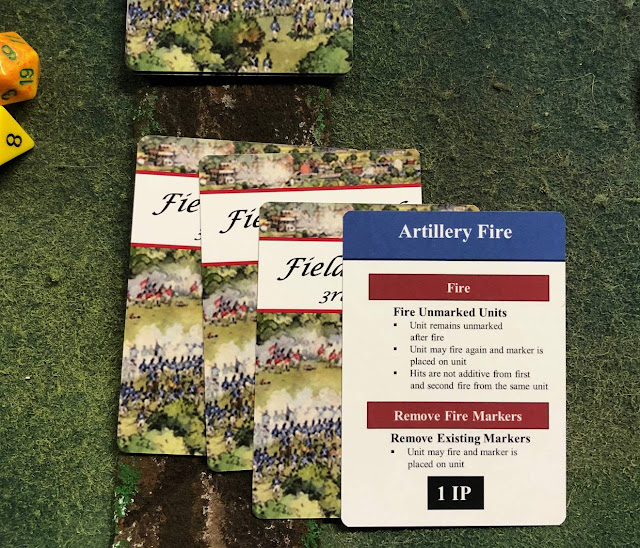 The next Austrian card is Artillery Firepower. Charles is pleased, while Massena... is not. 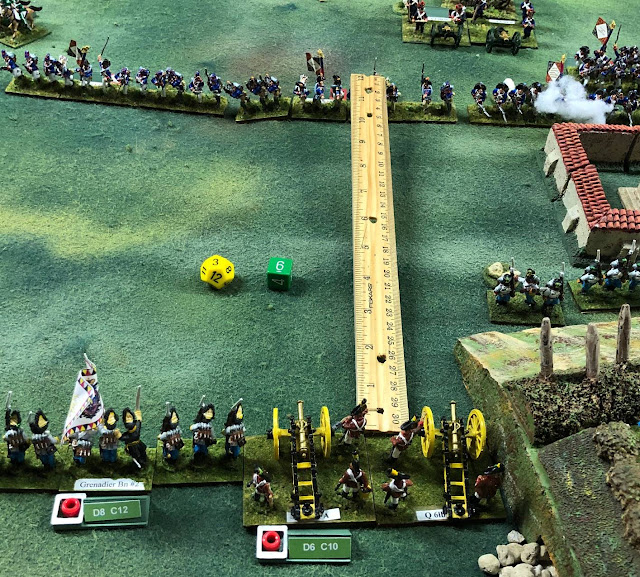 his battery is alreadty loaded, sop it Fires UP 1 to a d12, buit misses, and then reloads. 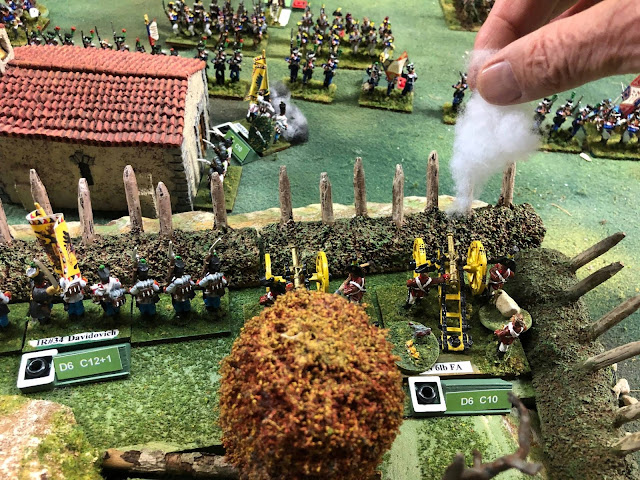 The next battery reloads, and holds its fire. 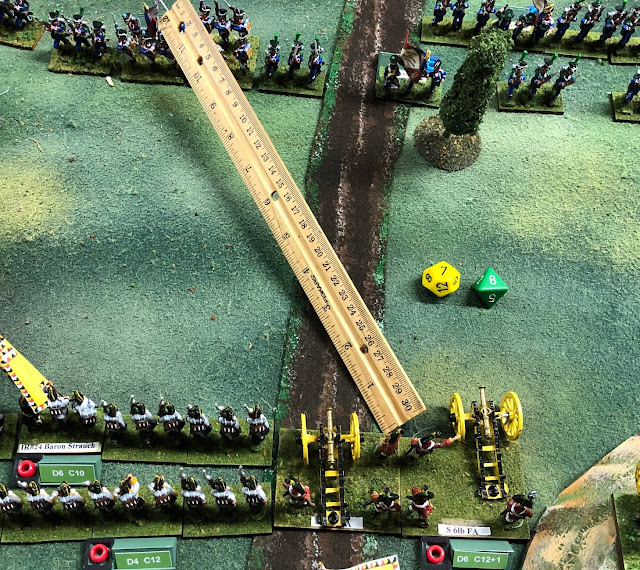 A "fully loaded" battery takes  a "free" shot... and misses! The Legere are Crack, and roll their D8 Defense die. 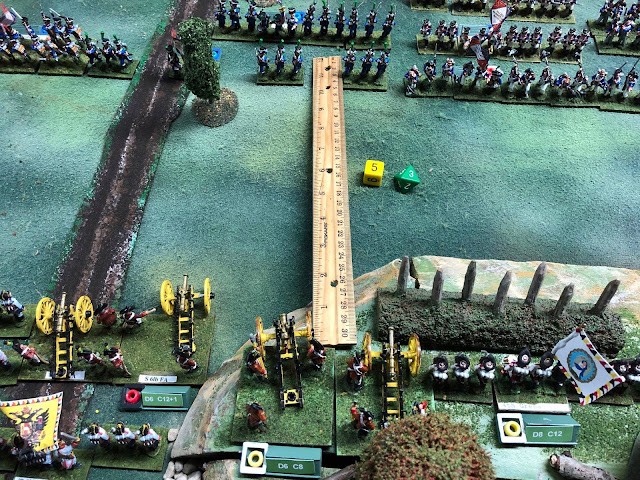 Another loaded batter fires and reloads;  It qwins by 2 but ODD and thus has no real effect either. 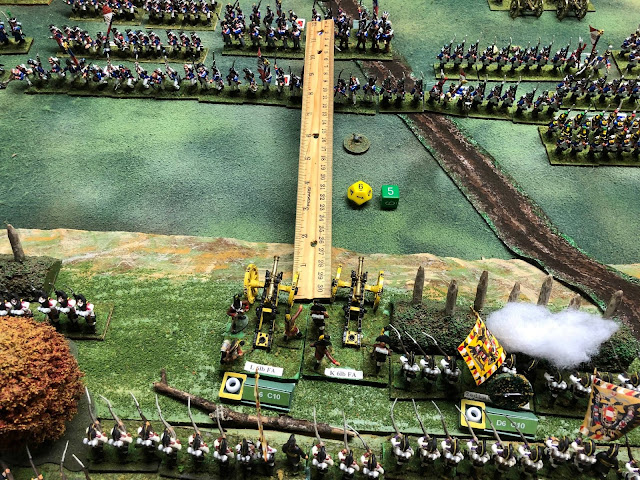 Another shot; this one wins by 1 and EVEN, so it pushes the french unit back 1 inch in Disorder.
Karl is not amused! Another battery reloads without firing. 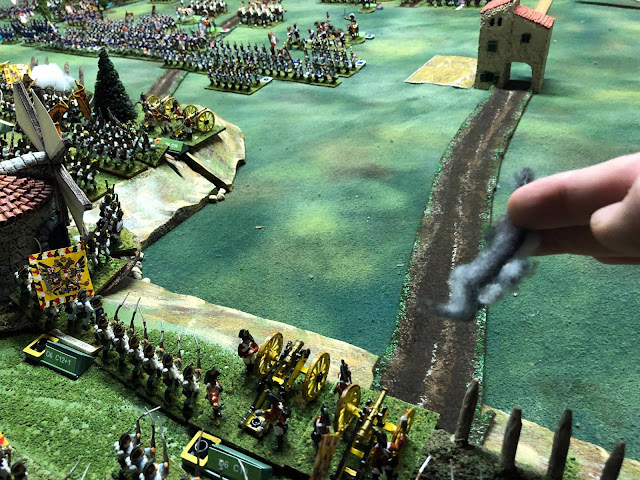 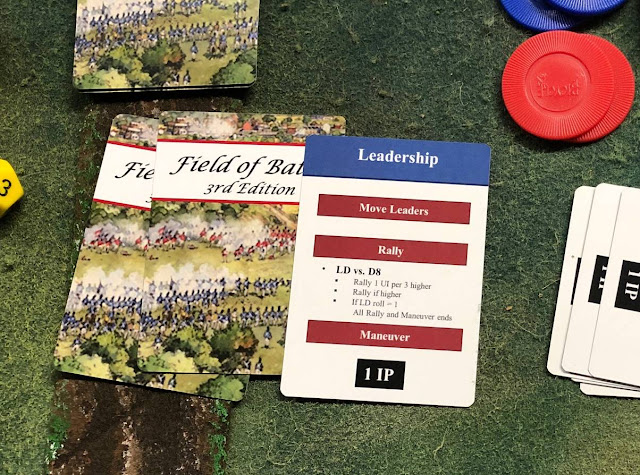 Another LEADERSHIP card is turned; this isn't really a good thing, as the Austrians only have 2 in their deck to start with. 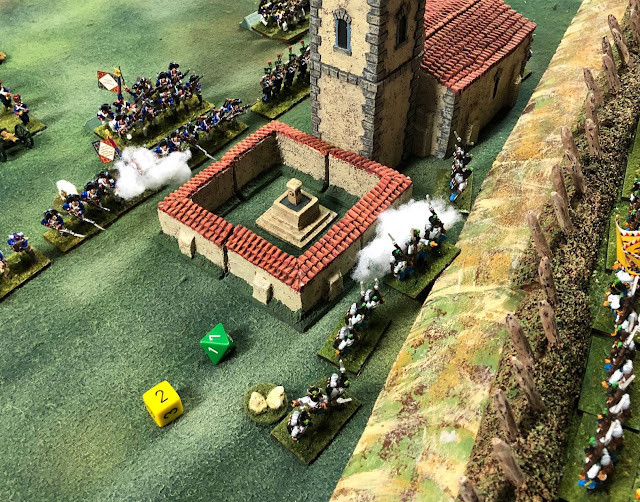 First and ten, do it again!
The Austrians fail to rally the routing Hungarians the second time as well. 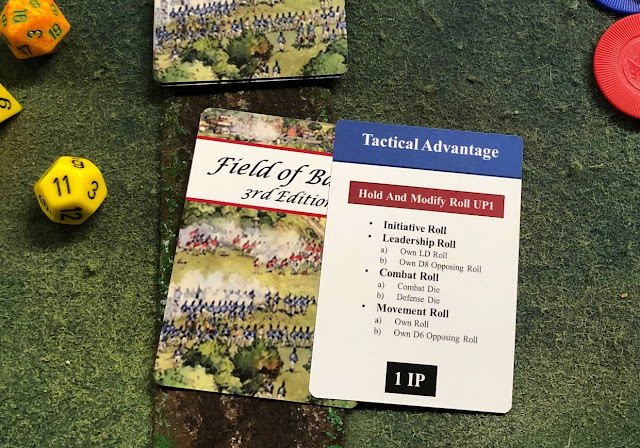 The fourth Austrian  card is TACTICAL ADVANTAGE. This car is saved and used to modify any die roll EXCEPT the ARMY MORALE check UP 1. 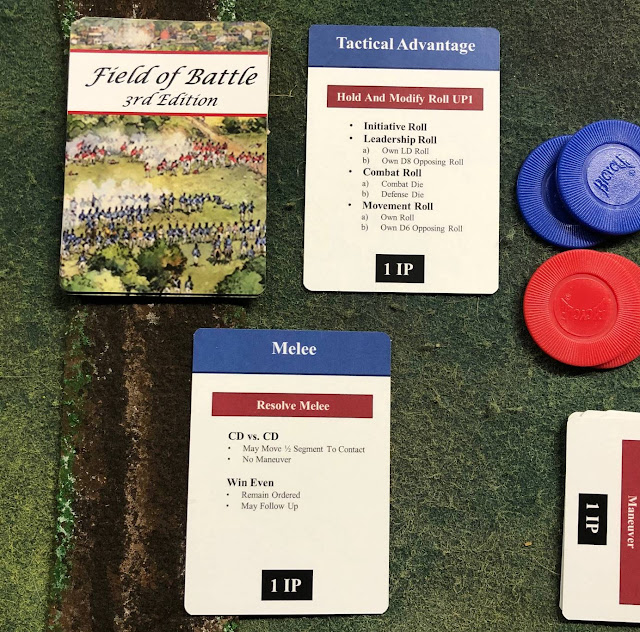 The final Austrian card of this initiative is MELEE/ The ability for (in the Naopoleonic era) Cavalry and Attack Columns to move 1/2 distance forward and initiate Melee was new in FoB2. The one significant change now is that the attacking unit cannot interpenetrate a friendly unit in the process.
The only Austrian  unit that could use this card right now is the garrison of Caldiero, and there would be little value in doing so, so they pass. Just like that, Karl has burned through 5 cards, with little to show for it. Massena is relieved!