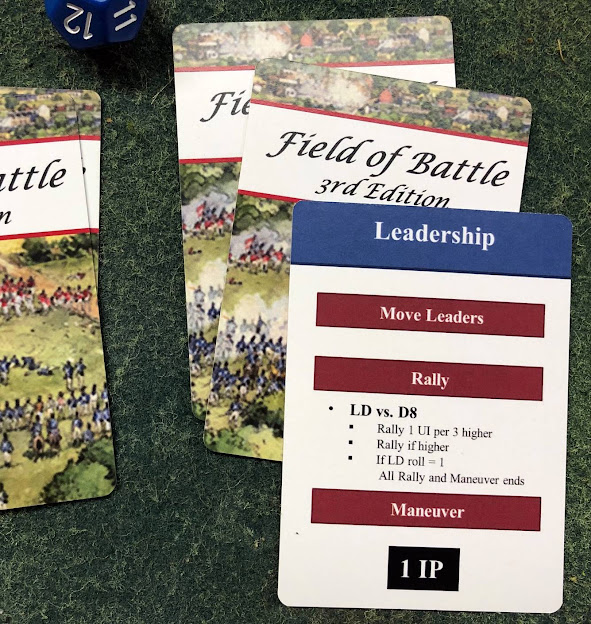 Massena starts off with a Leadership card; quite timely! 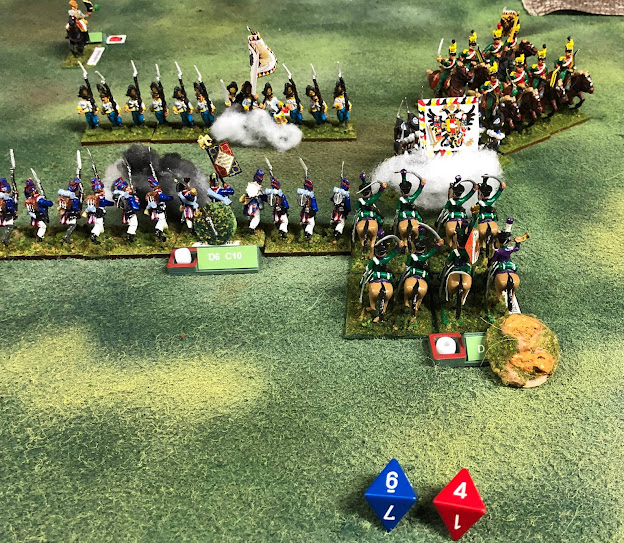 If the Chasseurs were Disordered, they would recover, but you must win by 3 to regain a UI; close, but  no sabretache! 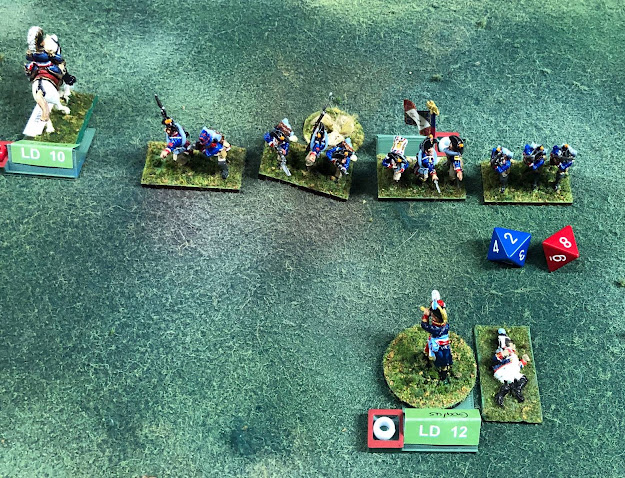 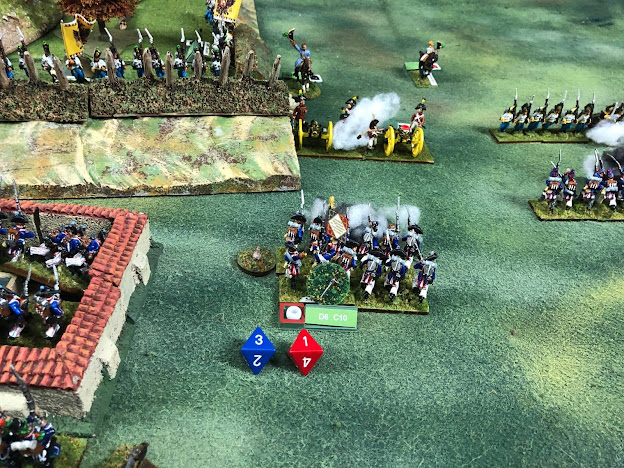 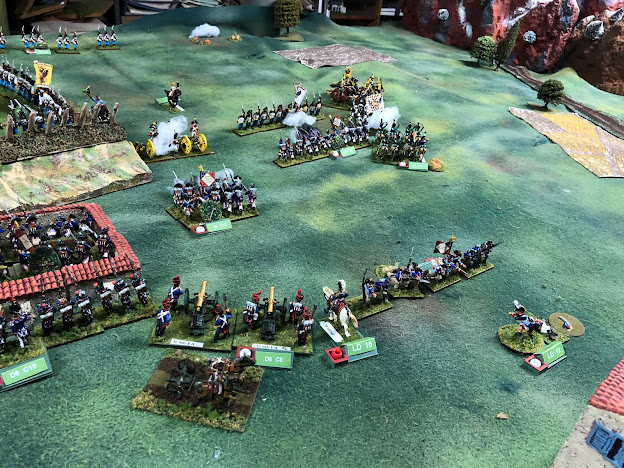 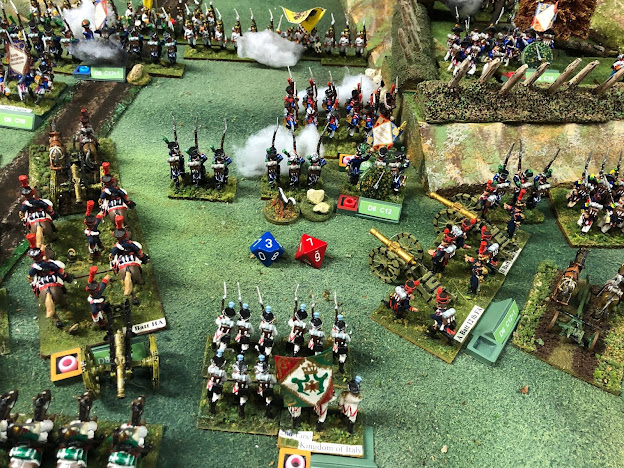 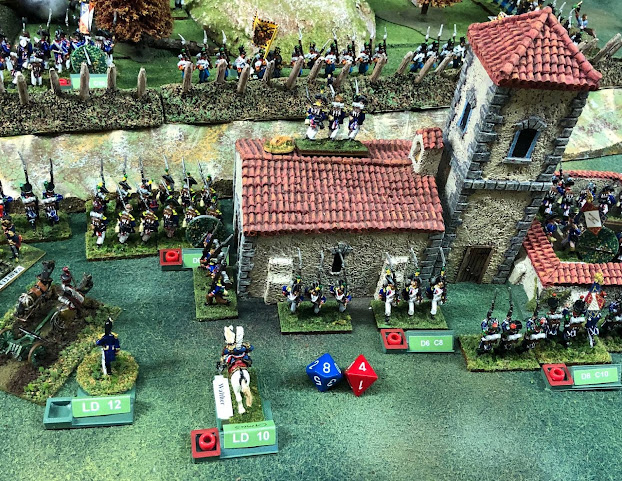 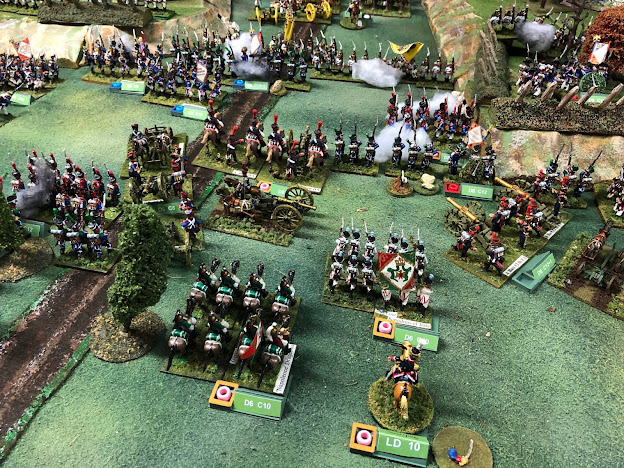 Overview for the forces attacking "the gap". 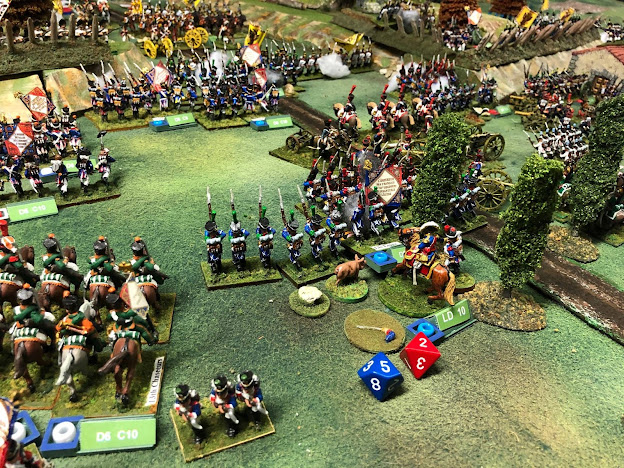 Bye, bye, rock; bye bye piggy! Rallying is one time where there is no special effect from winning even. Note the marker on the General reminding us that he will need to check for survival on the next Army Morale card. 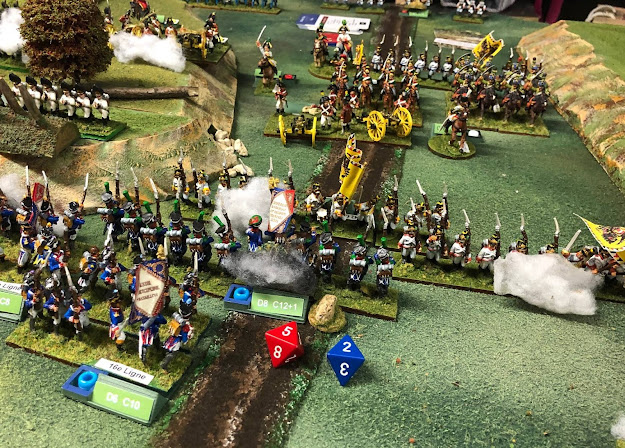 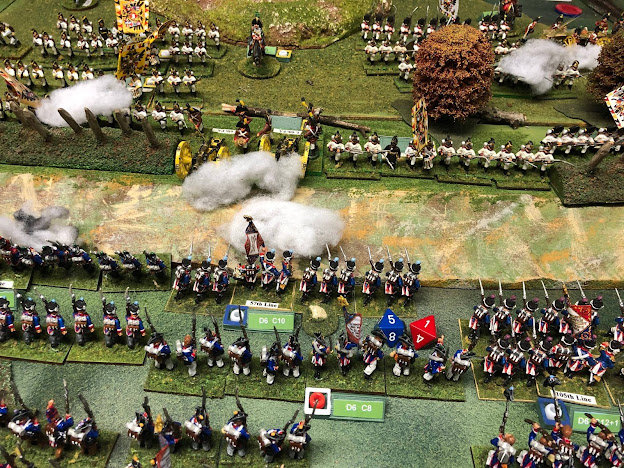 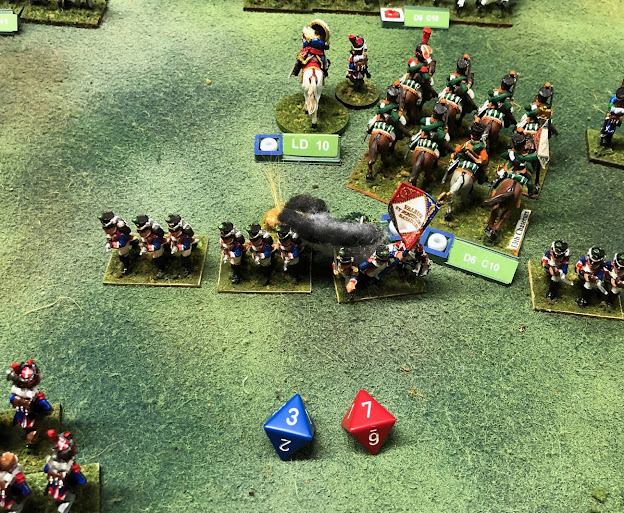 These boys are definitely NOT getting their rocks off today. 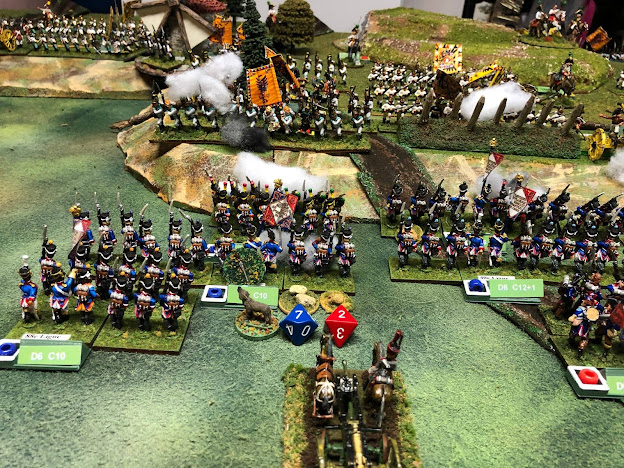 Ah-wooo!  Werewolves of Lombardy...
The unit  will remove the wolf and a rock, but is still battered with 2 UI loss remaining. 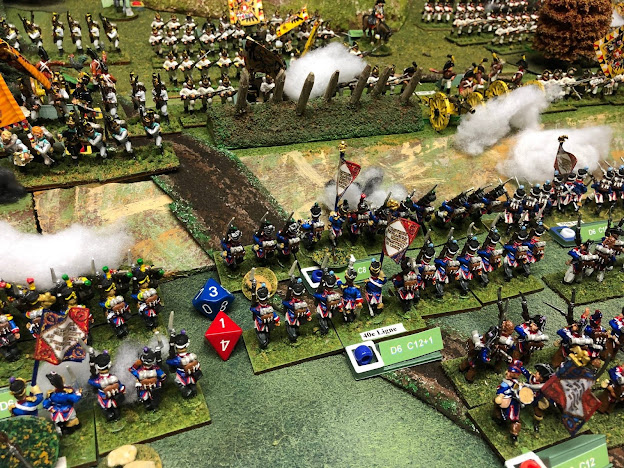 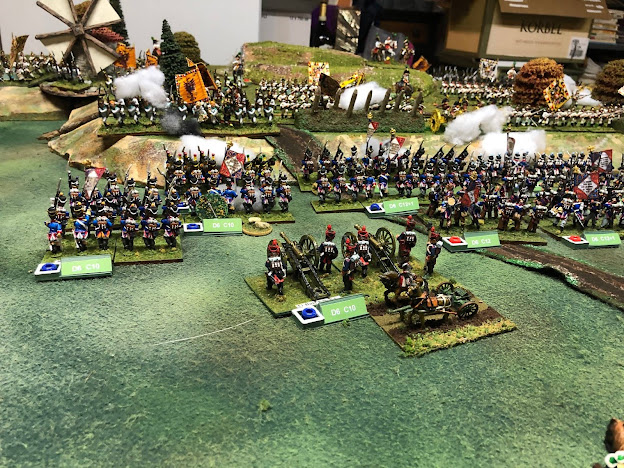 Situation on the French left after rallying is completed. 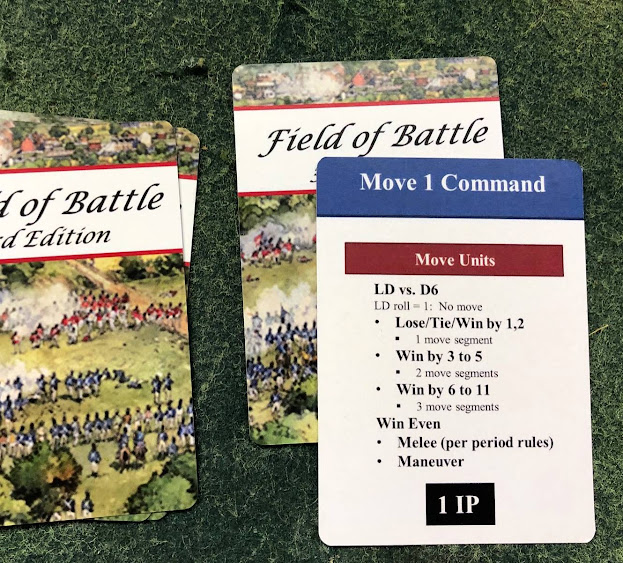 Decision time; which one command should Massena activate? 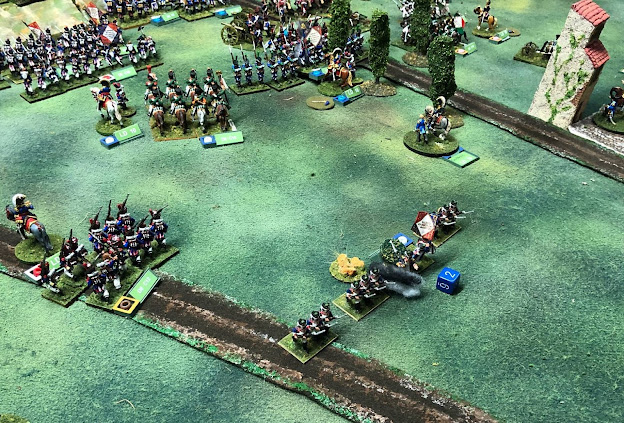 "Excuse me, Andre; I think you must move your Routers first; you seem to have acquired quite a few recently..." 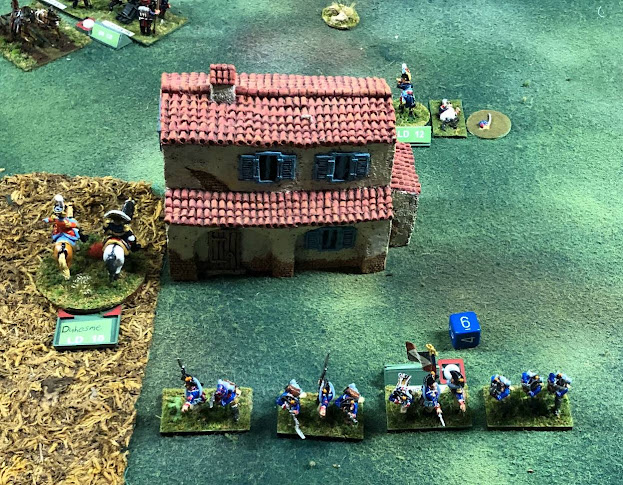 "See you later, I'm going to the rear of the the-ater!" 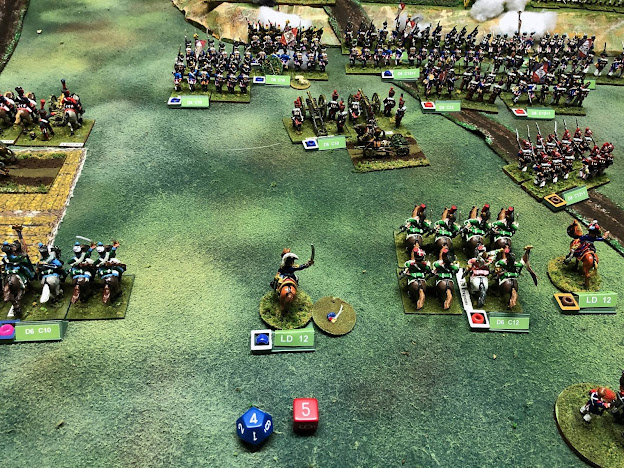 Massena chooses Launay's Brigade to act. No magic this time, though!
He wants to pull back the battered infantry regiment to a safe place where its chances of rallying are better. he is also pretty sure that one of his few remaining cards is an Artillery Fire card, and the Brigade's battery is loaded but without a valid field of fire. 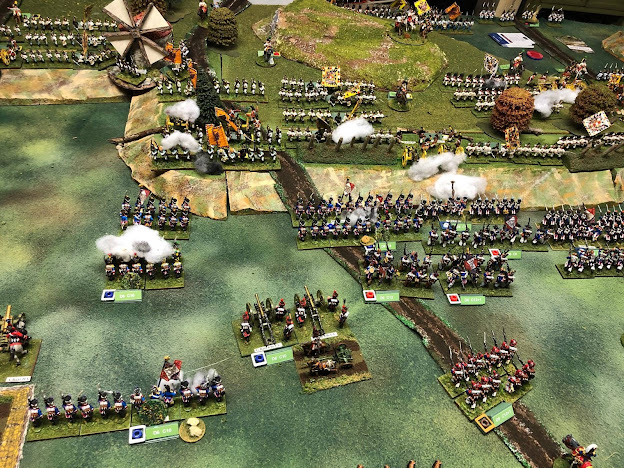 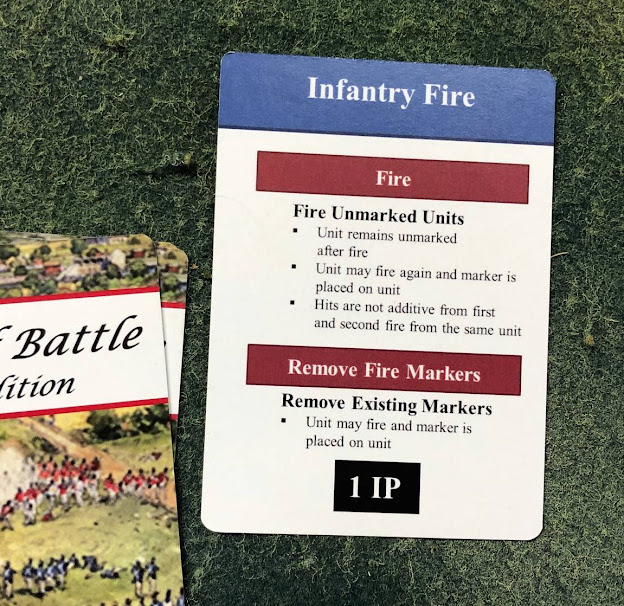 Last card of the French initiative is an Infantry Fire card; Massena was pretty sure there was one of those remaining in his deck as well. 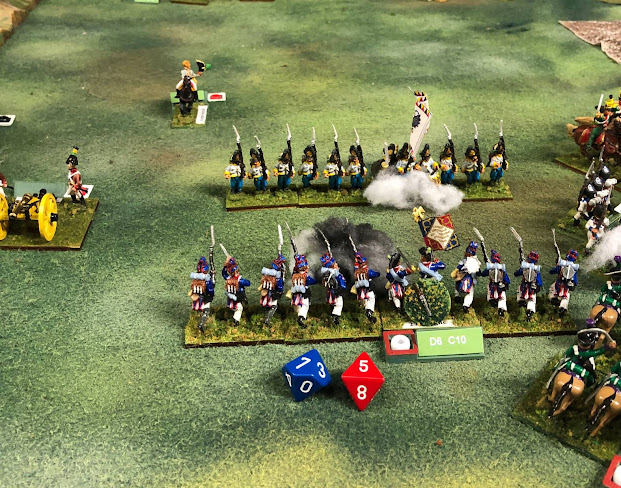 Lots of smoke but little effect! 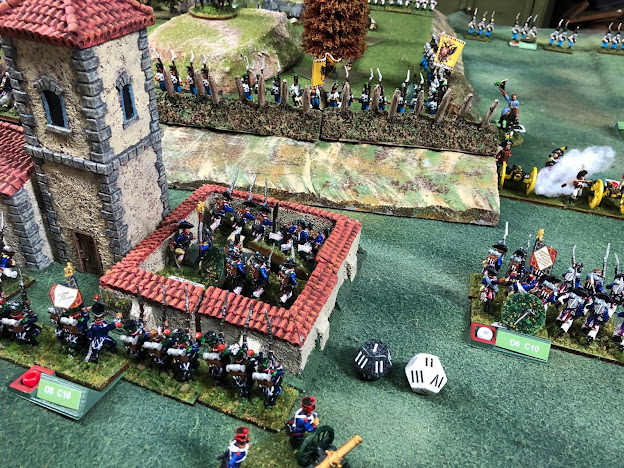 The infantry in the "Suburbs" are a poor unit, with penalties for firing from town, uphill, and at a unit behind works, so it's rolling a D4; as it was already loaded, it is a "free" shot and will remain loaded thereafter. Fortunately the target is one of the substandard Austrian units. The French had a 25% chance to disorder the target, and a  roughly 6% chance to cause a UI loss. It does neither. 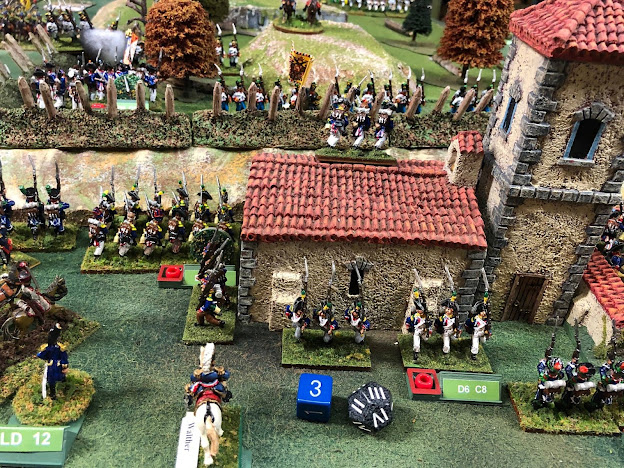 No joy here either, on another "free" shot. 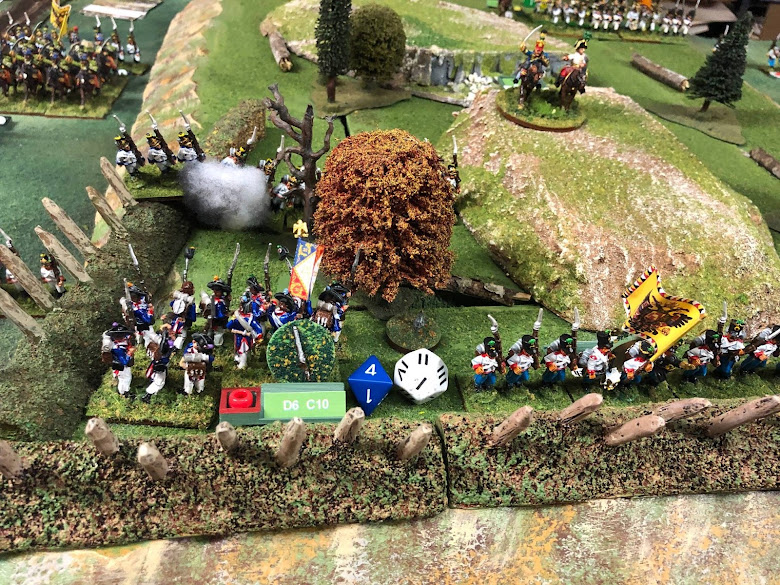 The Austrians are pushed back 2" in Disorder. 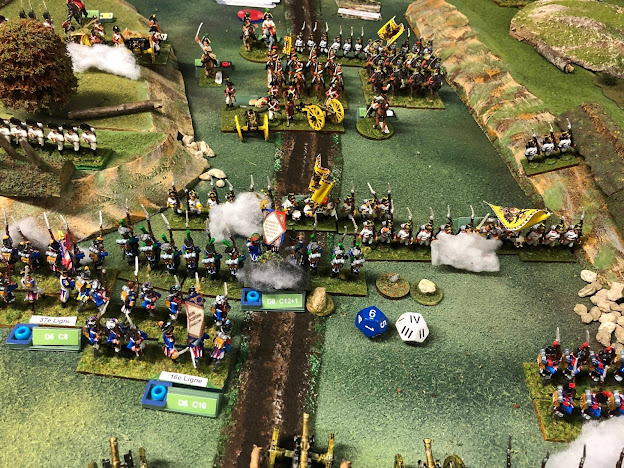 These French Legere in line are rolling a D12+2 at close range; the Austrians will be pushed back 4" in Disorder, and lose a UI (plus of course, an Army Morale Point). 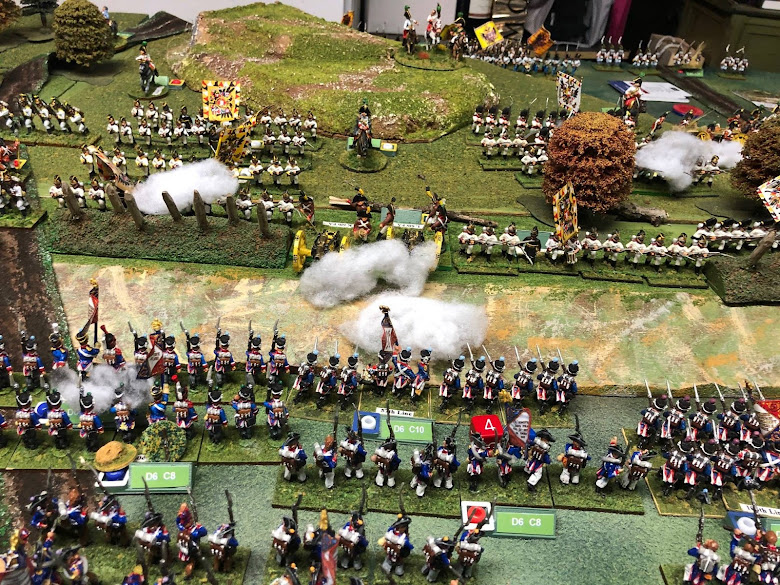 We can't see the French roll, but the result was no effect upon the whitecoats. 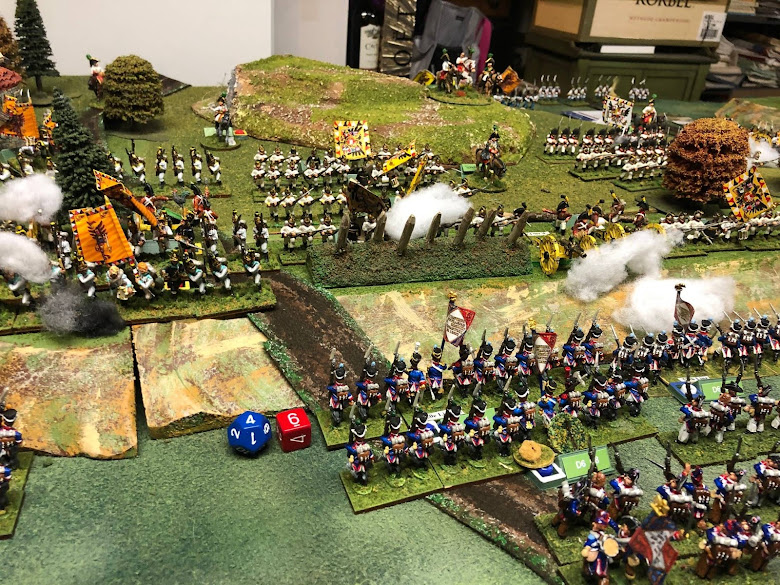 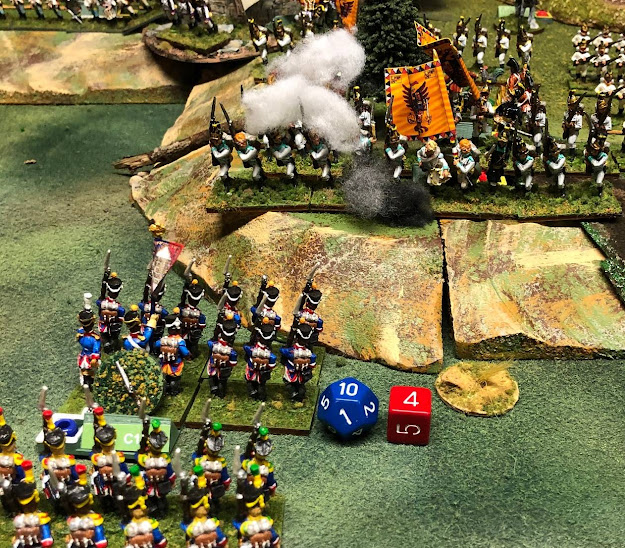 These boys kept their powder dry; the Austrians lose 2" UI and Rout back 6"! 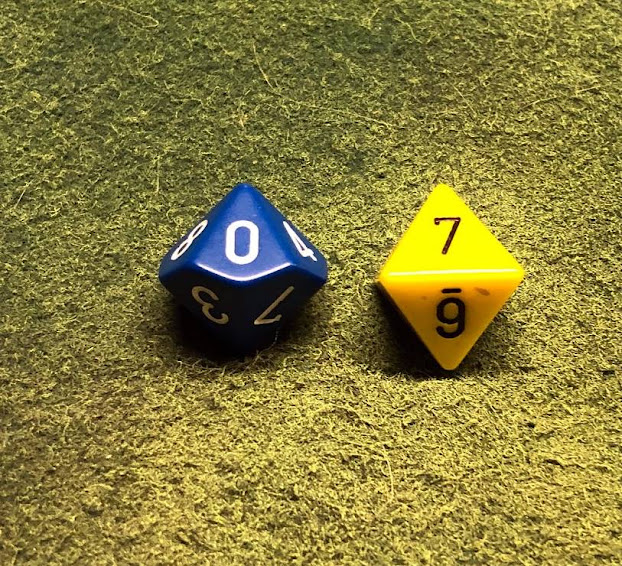 Massena wins the next Initiative roll.
Posted by Gonsalvo at 7:48 PM