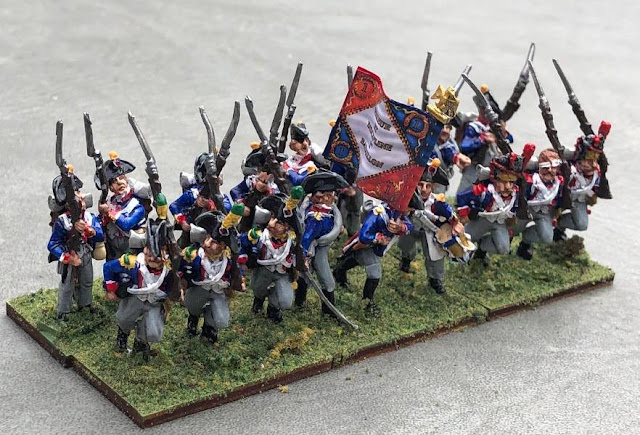 The last of the new Bicorned French Lignea, the ntecedent for the 95e Ligne was the Salis-Grisons regiment, formed in 1734. 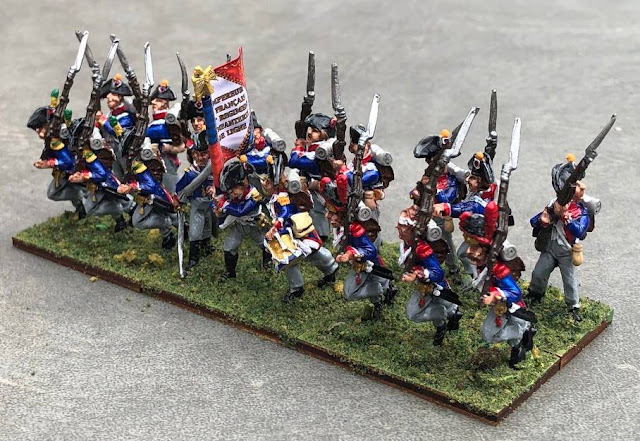 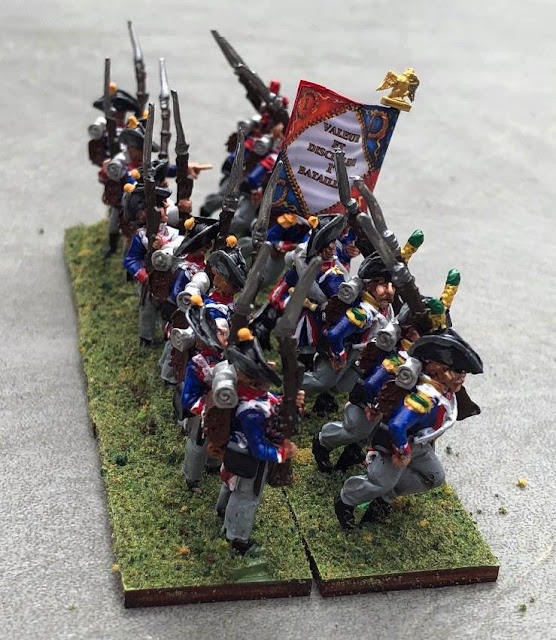 Part of the regiment served with the Armee de Allemegne, fighting at the battles of  Essling and Wagram. 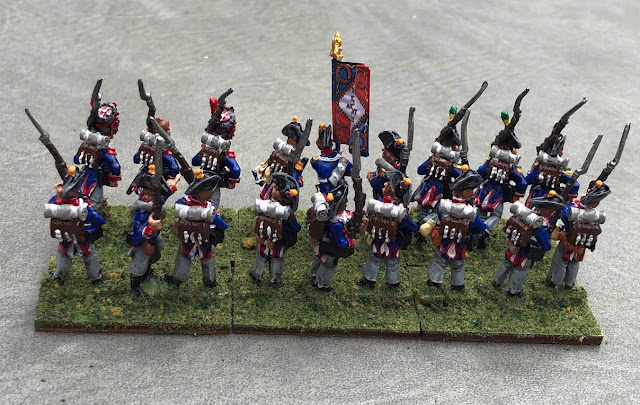 The remainder of the regiment was stationed in Portugal and Spain from 1808 - 1814. 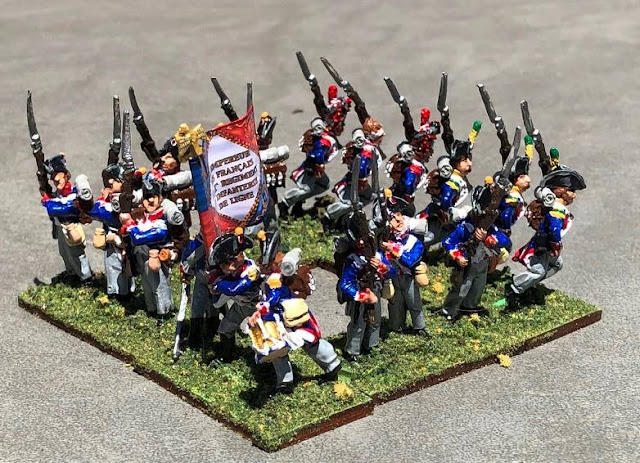 During 1813 - 1814, the remainder of the regiment formed part of the garrison of Danzig. 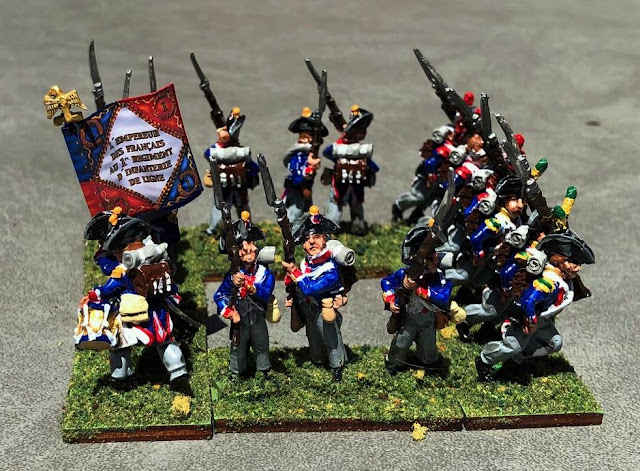 In 1815, it was part of the Armee du Nord, and fought at both Ligny and Waterloo. 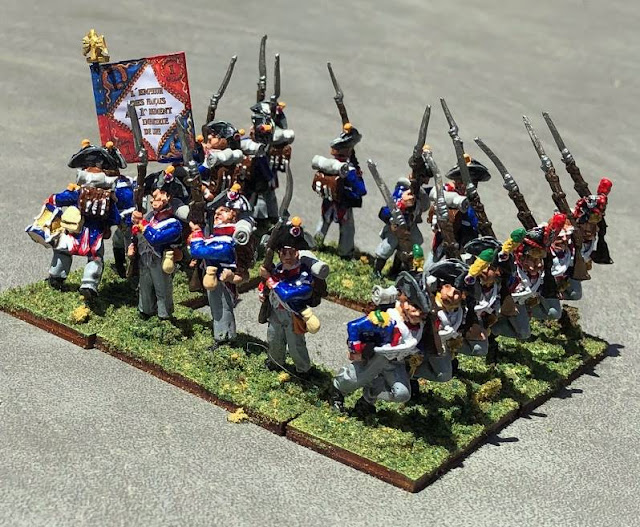 This unit has  replaced their worn out  regulation white pants with grey ones. Once again, painting these Old Glory "Campaign Dress" figures  (in "receiving" positions) was fun, with all the assorted non regulation bits hanging off them! Flags by Adolfo Ramos again.

Side note:  With this unit there are now 37 units of Line infantry in my French Army. I actually have 4 more to paint, which will bring the total to 41 units. My original Scruby 25 mm French army had 33 units in it. By the time I am done, quite possibly the end of this year, I will have painted 74 units of French line of 18 figures each, or 1,332 such figures. I think that might be it for French line after that!  :-)
Posted by Gonsalvo at 5:45 PM