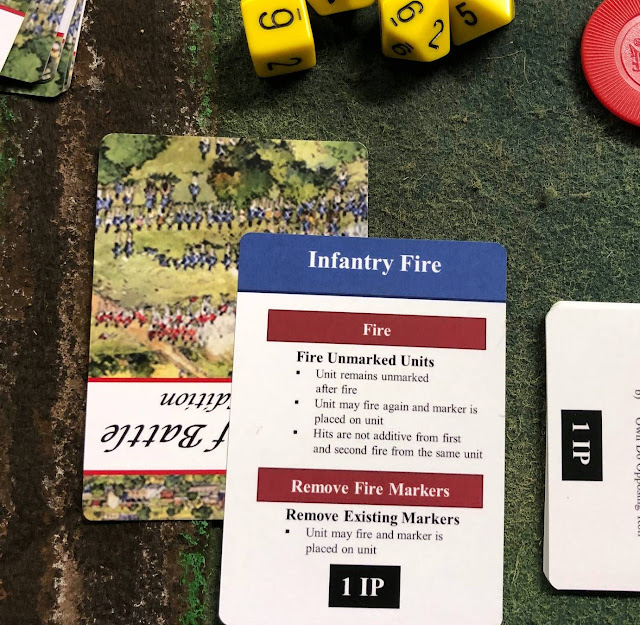 It may be recalled that massena won the last initiative roll, 5 to 3. He graciously allows Karl to act first . Karl's first card is INFANTRY FIRE. It is a bit too soon for this card to be terribly useful.  He removes smoke from a single eligible Austrian infantry unit.  Note that Routing units may never remove smoke markers while they are still in a Routed condition. 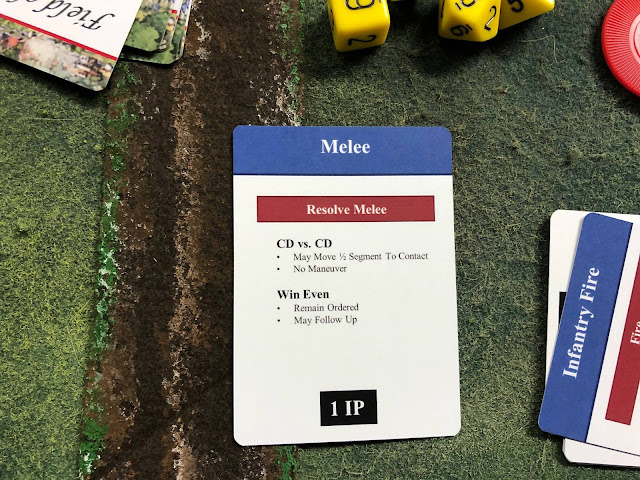 Karl's second card is MELEE. He has no units that can take advantage of this card. Massena looks smug; this was exactly what he was hoping would happen; the Austrians burning up good cards before his own infantry has gotten fully engaged. 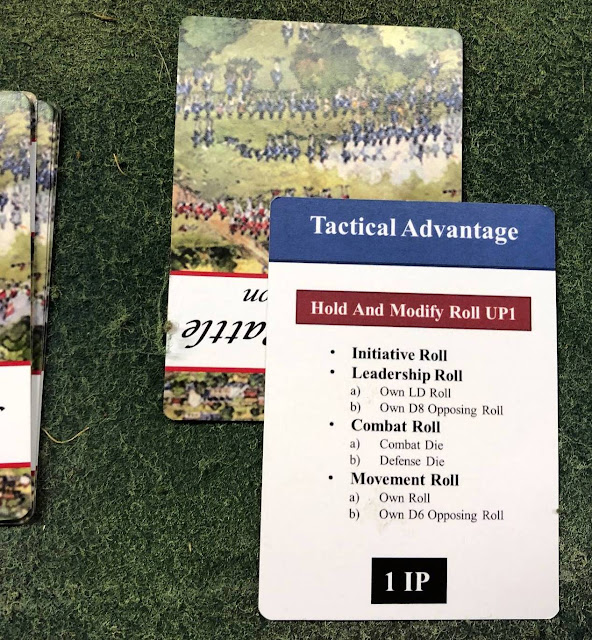 The initiative passes to  the Duke of Rivoli. He holds the TACTICAL ADVANTAGE card to use later, A nice tidbit, but without much meat to it! 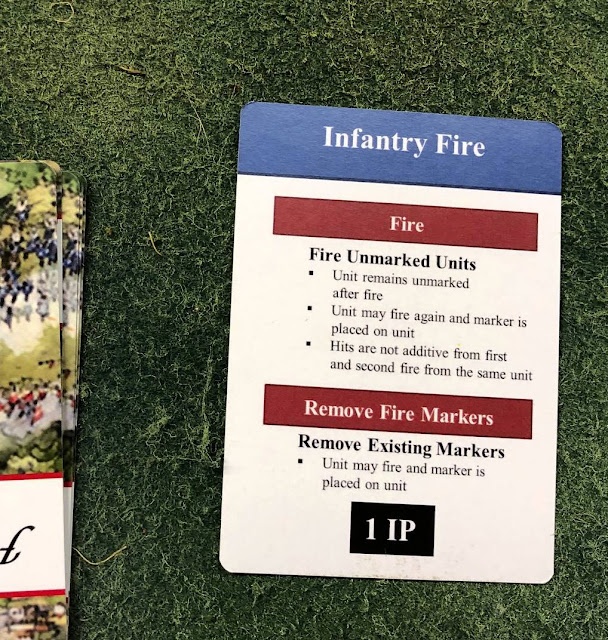 The second French card is INFANTRY FIRE. A little early for best use by the French as well. 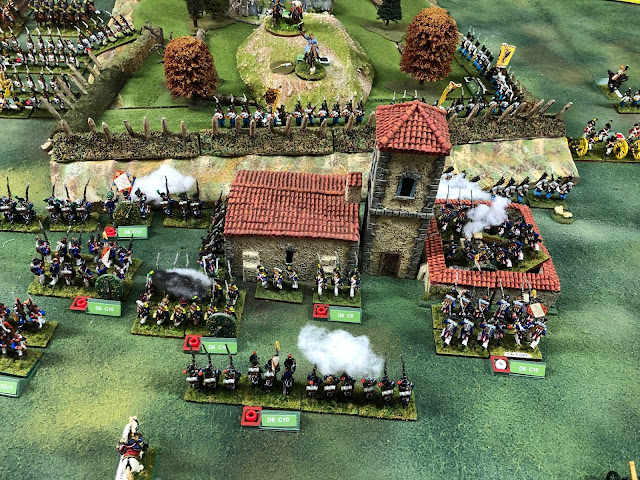 Still, they have 5 infantry units on their right flank that use the card to remove smoke markers. No units choose to fire at this time. 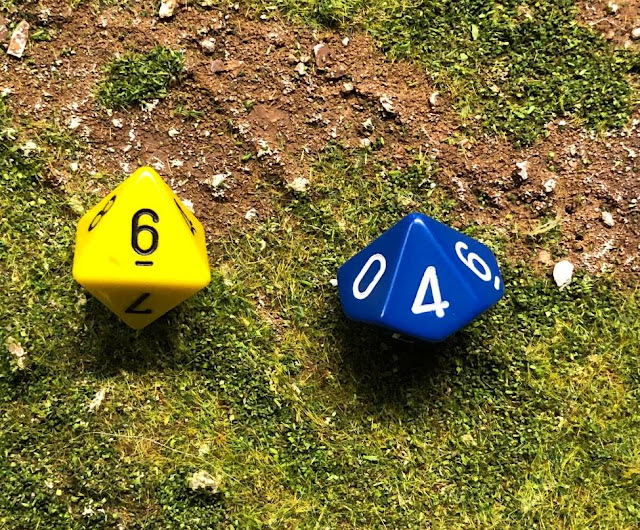 Well, that was quick!  Karl wins the next initiative roll by 2; should he go first, or pass the buck to Marechal Massena?