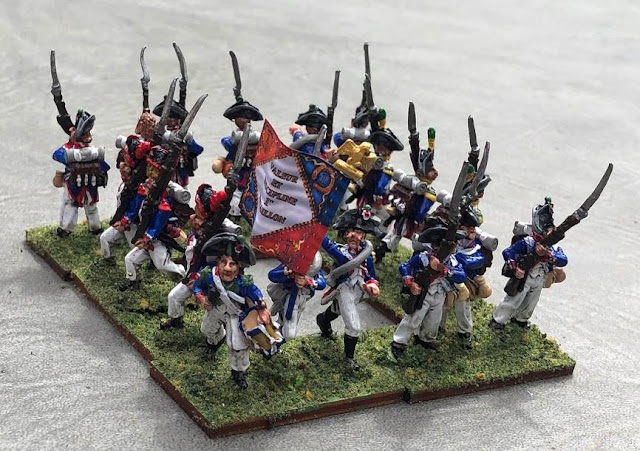 The 94e Ligne traces its origins back to the Royal Hesse-Darmstadt regiment, which was first established in  1709. 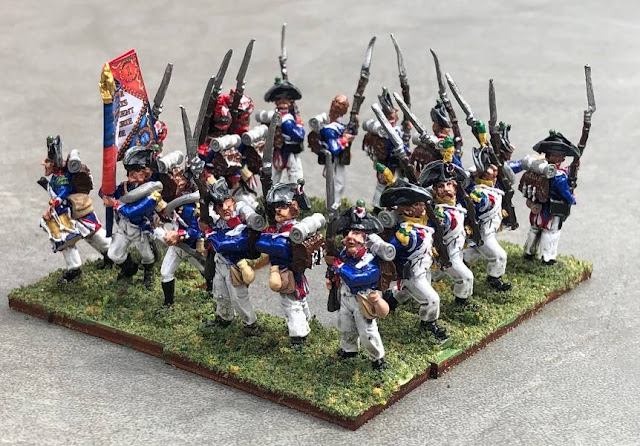 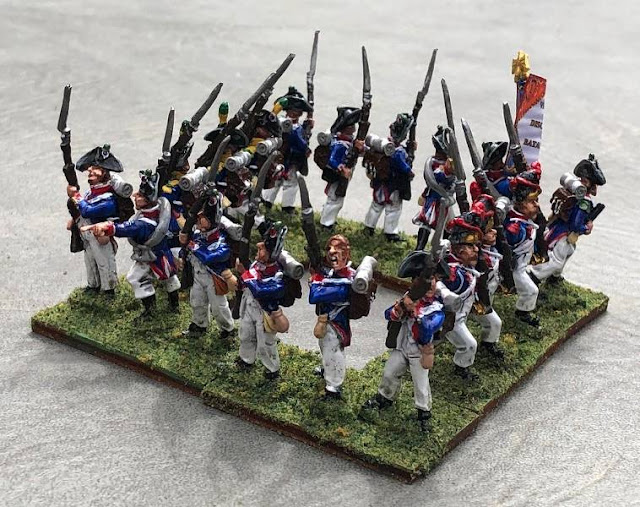 As such, it's battles included Austerlitz, Mohrungen, Ostrolenka, and Friedland. 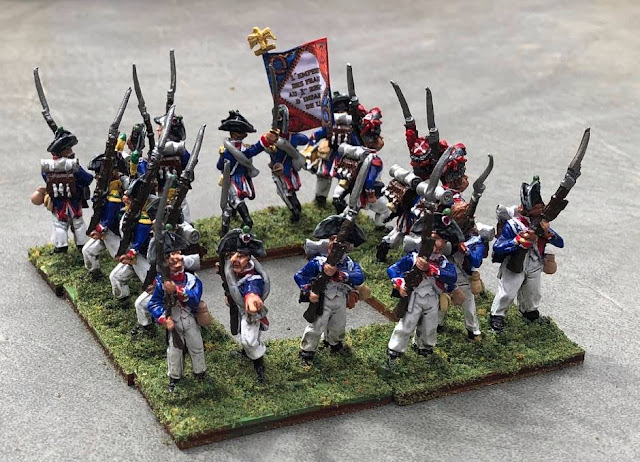 During 1809, the 94e was part of the  Armee de Allemagne, and fought at the great battles of  Essling and Wagram. 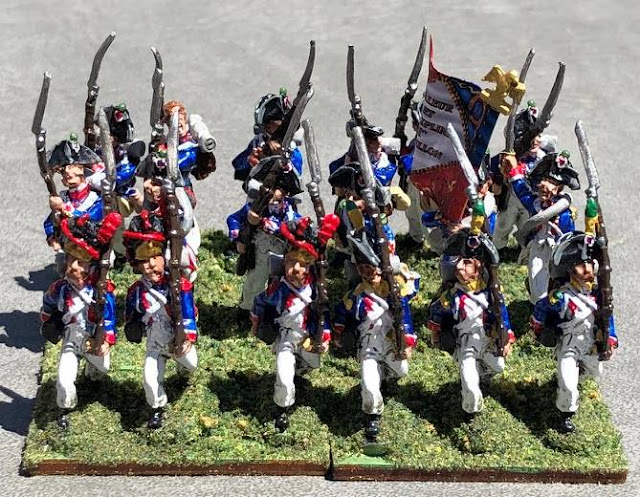 From late 1809 until 1814, the bulk of the regiment served in Portugal and Spain. 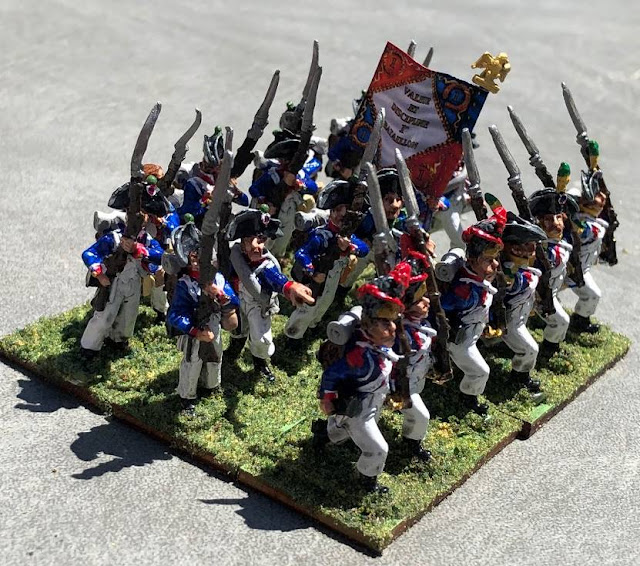 Some of the regiments battalions returned to Germany in 1813 fighting at the Battle of Dresden. 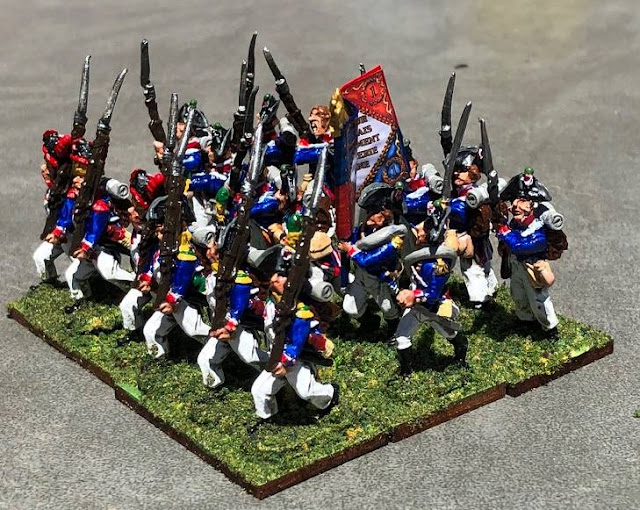 By 1814, the Spanish contingent of the 94e was part of the French forces retreating into France, and saw combat at Bayonne. 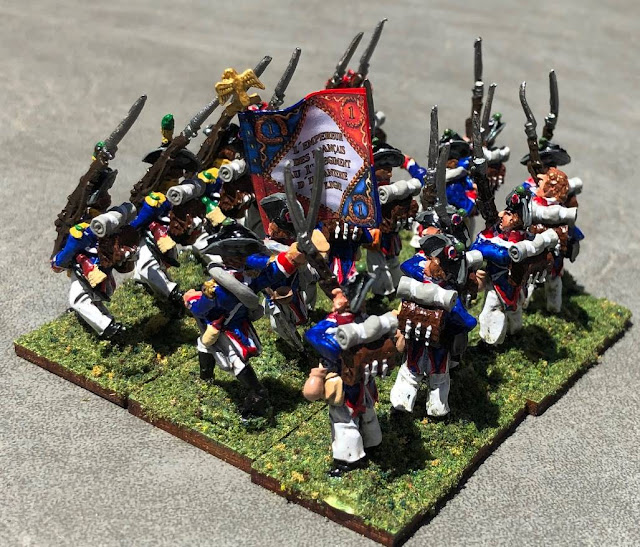 The German contingent ended the Napoleonic Wars besieged in Danzig from 1813 - 14. It does not appear to have participated in the 100 Days in 1815.
Posted by Gonsalvo at 10:59 PM