Battle of Reichenberg at Historicon

Longtime wargames freind Eric Burgess from North Carolina ran this great looking Seven Year's War game, using he 2nd edition of the Cartouche supplement for Piquet. Eric used some house rules, most notably for this convention game, the looser of the impetus roll got half that of the winner, rounded down. 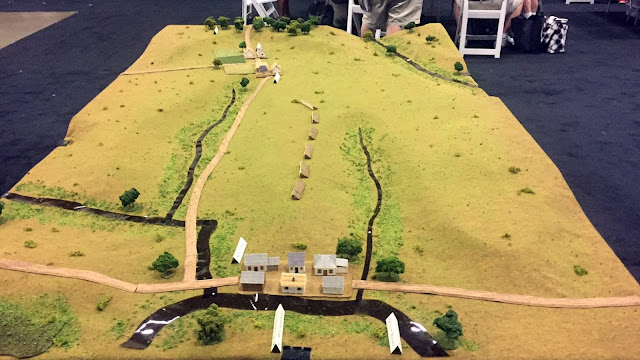 The battle field set up before the troops were laid out. 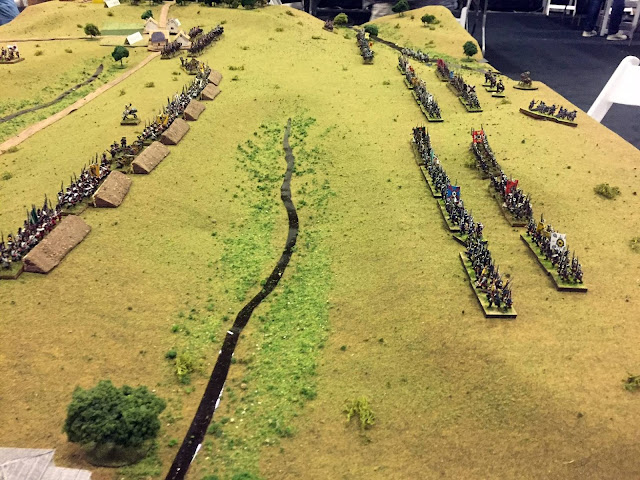 Now the troops are ready to go as well. I commanded the near half of the Prussian Infantry, a 12 lber battery struggling to make it's way forward to deploy, a Hussar Regiment and a Grenadier battalion in the far distance. We needed to assault and over throw the Austrian defensive position before their reinforcements could intervene. 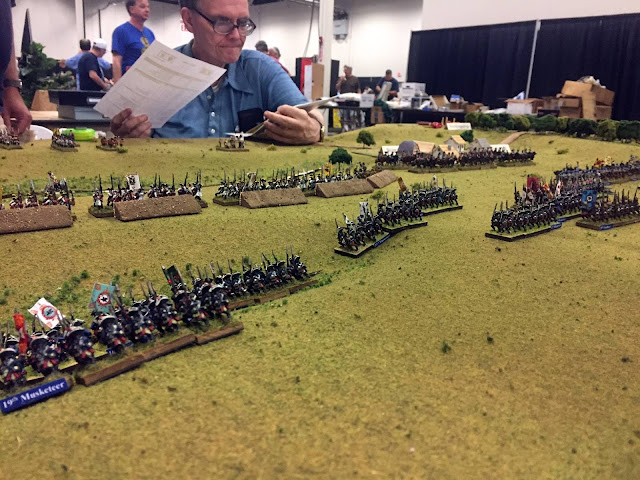 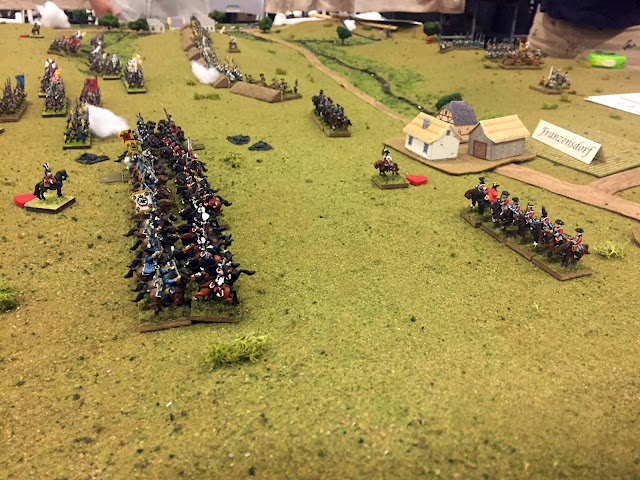 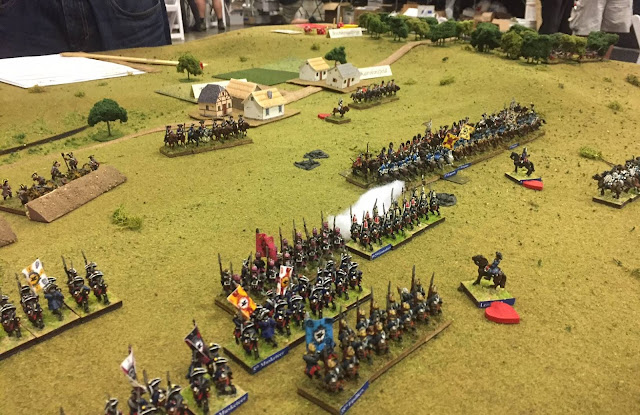 We Prussians opted to make a somewhat Oblique attack upon the Austrian position, taking heavy casualties in the process. 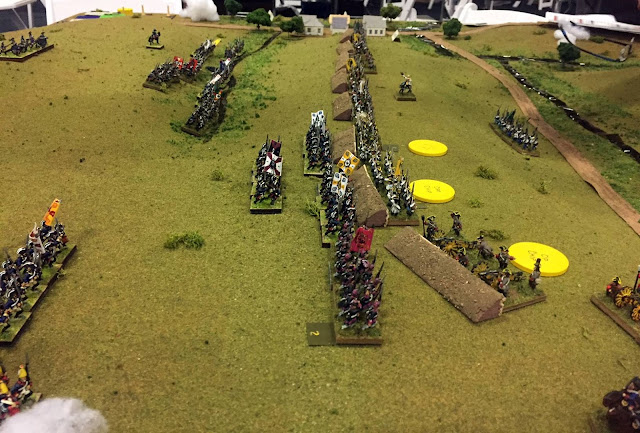 Our other command closes with the Austrian defenses - the yellow chips indicate declared opportunity fire declared. 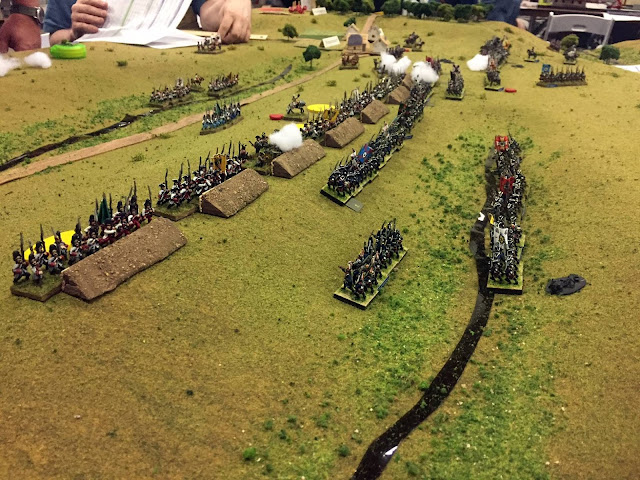 The attack continues - note Austrian reinforcements coming up in the rear.  It seemed like most of the time when the Prussian Infantry was poised to close, the Austrians had an "Infantry Reload" card showing. Ouch!!! 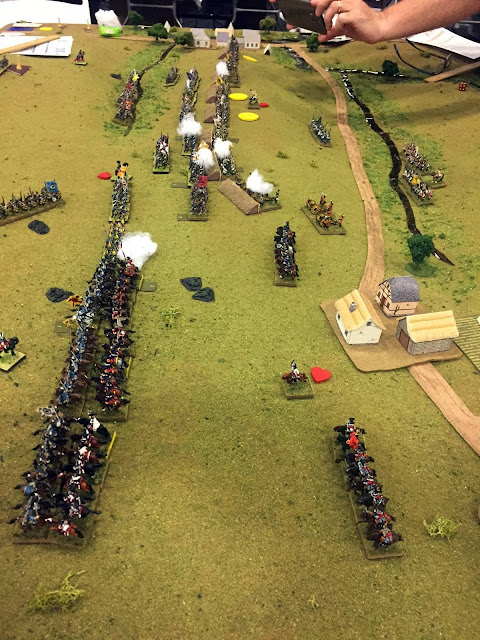 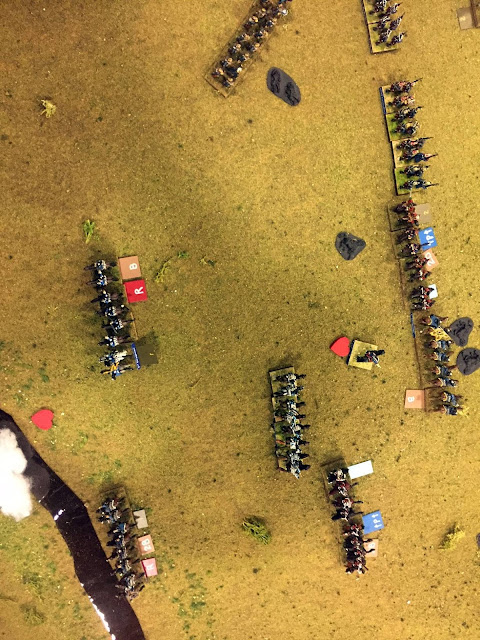 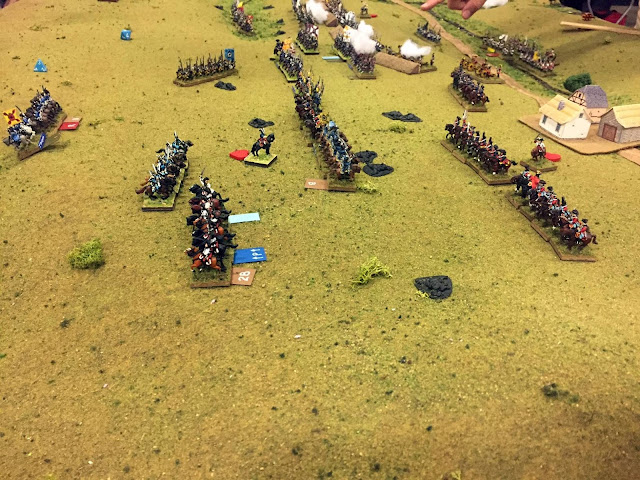 The Cavalry action showed the Prussians and Austrians trading honors.Eric uses magnetized markers that attack the metallic bottoms of his stands for hits, dirosrder, rout, blown status (cavalry) and more. Very clever, no issue with the markers not staying with the unit that way! 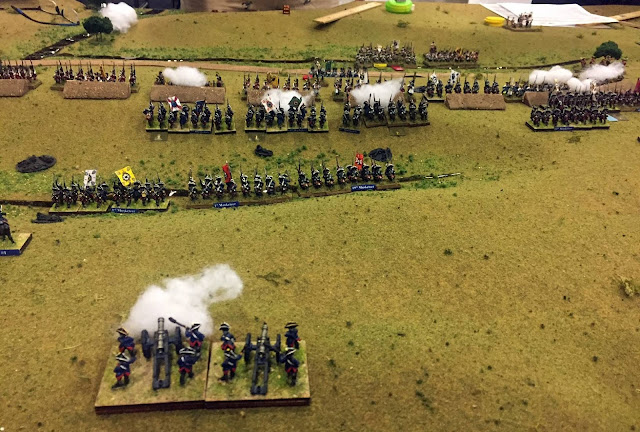 I finally manage to get the lone Prussian battery in position to fire! 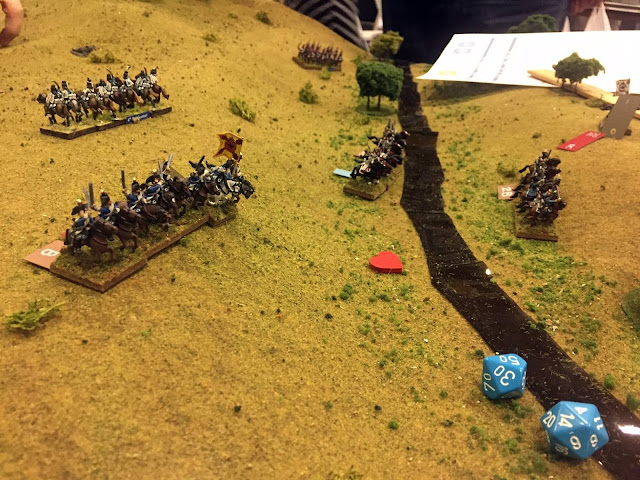 Aftermath of the cavalry clash... a lot of blown cavalry! 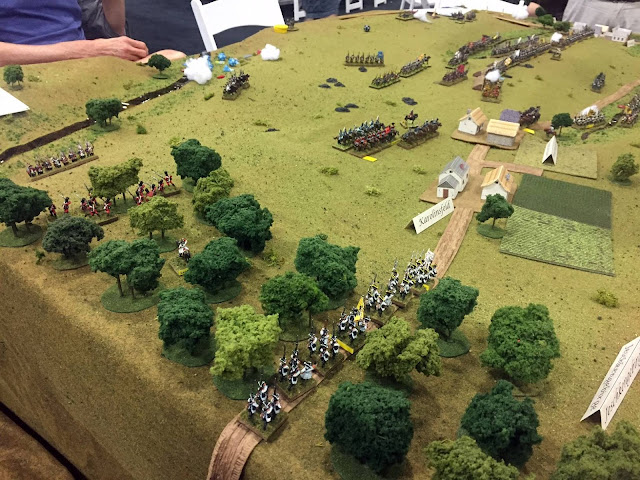 Still more Austrian reinforcements march onto the table, this time arriving on the Austrian Left. The presence of the nearby Prussian cavalry with the new arrivals in March column made it effectively impossible for the infantry to deploy without triggering an Opportunity Charge by the Cavalry. 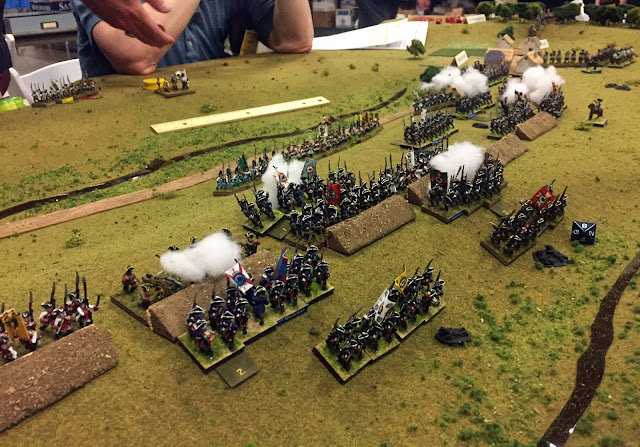 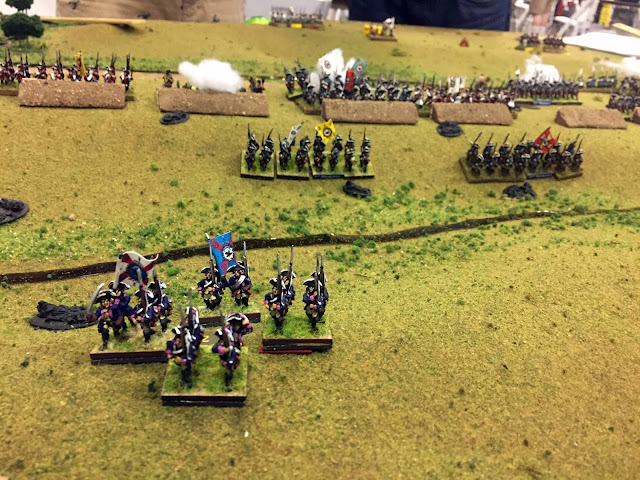 Not all of Frederick's men have the stomach for trading repeated volleys at close range, however! 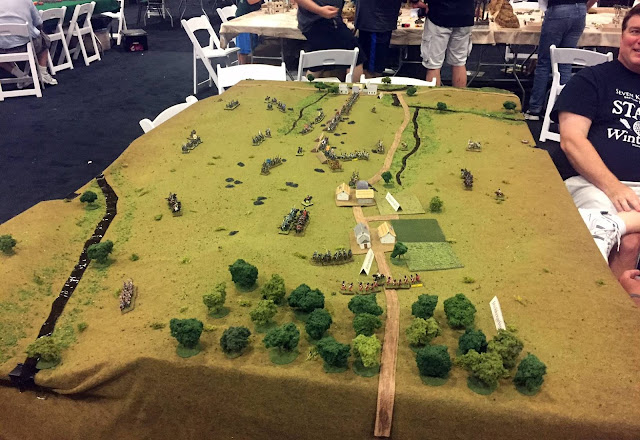 Somewhat to my surprise, we Prussians ultimately prevailed. 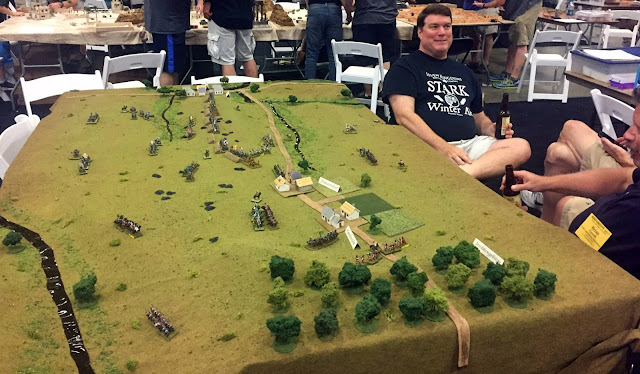 Eric relaxes after his stint as GM.Note the shirt; I joked with Eric that Stark's Winter Ale was one of those products that was advertised but never delivered;  after all, everyone knows that "Winter is coming..." Turns out the shirts were made for fun by a freind of his - cool (literally) idea!
Posted by Gonsalvo at 9:02 AM