A sextuplet of Generals and Leaders were among the later part of the 2017 Historicon painting push! 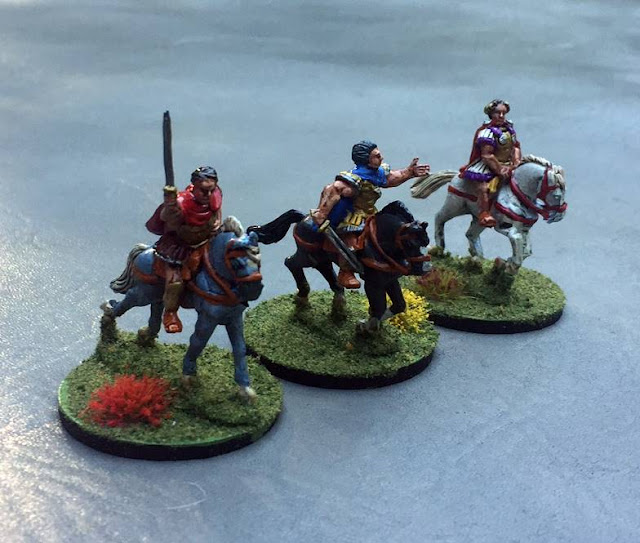 The first trio of officers - these are Old Glory 28mm figures. 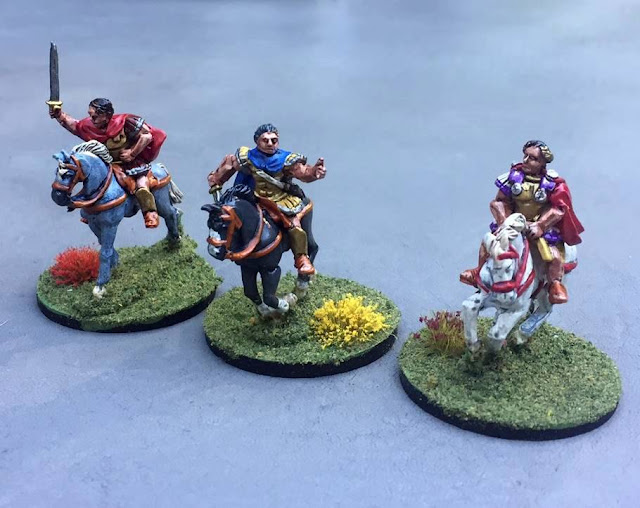 Nice animation on these figures, and I love the haughty expression on the face of the Caesar! 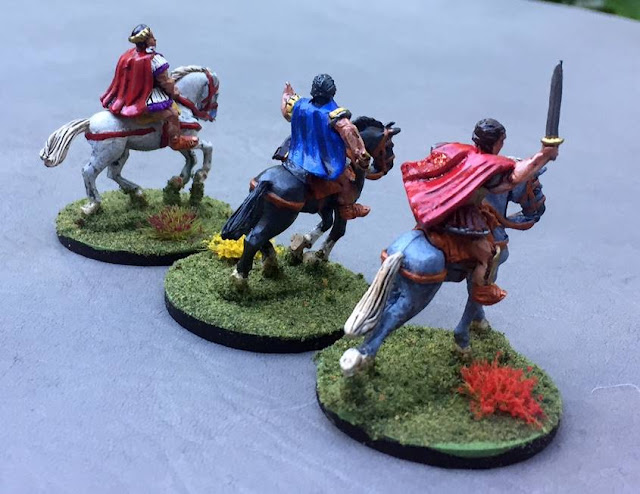 Flowing capes are always fun to paint and shade! 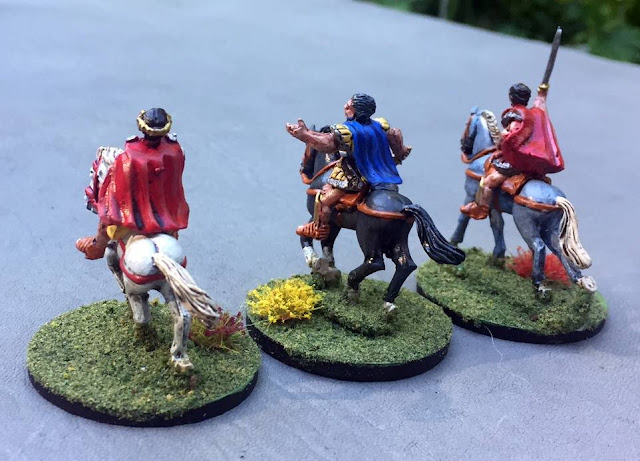 The middle guy must have been the Roman equivalent of a Gym Rat! 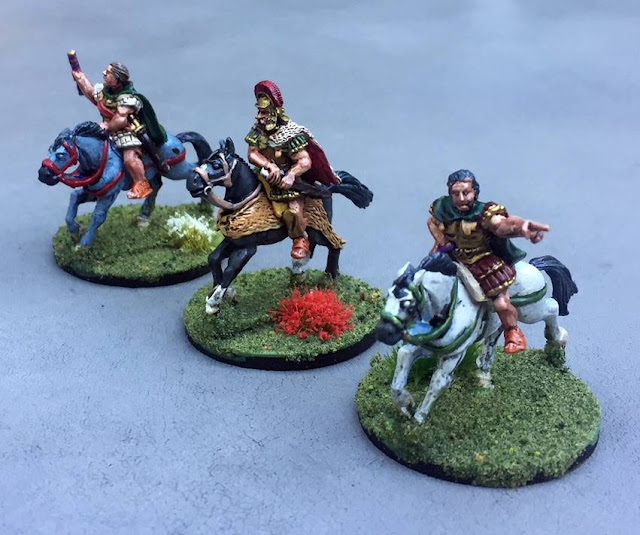 Some nice sculpting on this second trio as well! 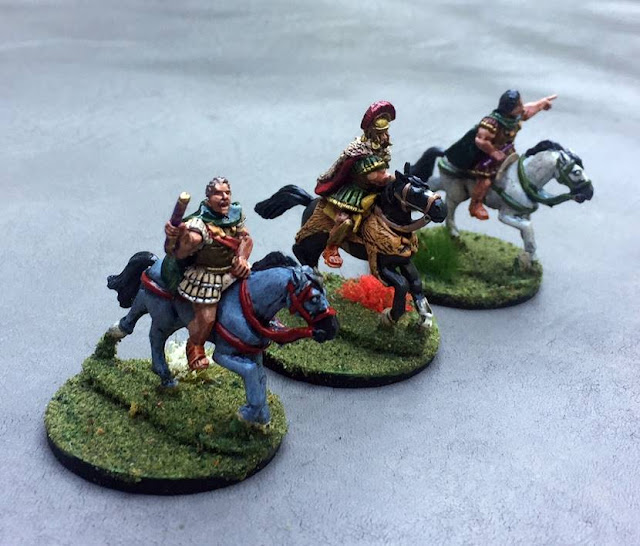 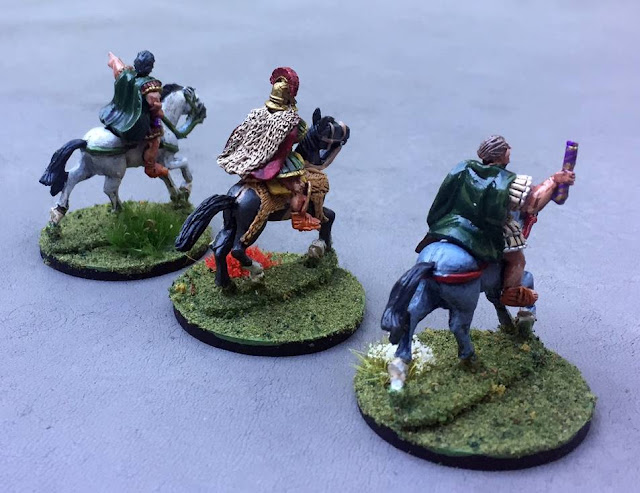 That middle guy is big time into fur! 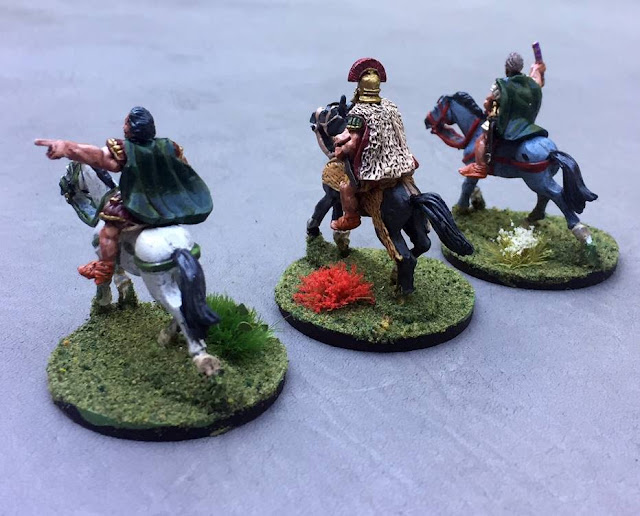 These chaps will sere as both Roman and Palmyran commanders - at least until the formal split from Rome. One can never have too many General figures for use with To the Strongest!
Posted by Gonsalvo at 12:14 AM