Historicon 2017: Battle of Ctesiphon 263 with To the Strongest!

I ran this game, using To the Strongest! by Simon Miller, on Thursday morning at 10 AM. We had a full slate of 8+ players, sat least half of whom were at least familiar with the rules.

Sassanid Persians: Left to Right  - Kurt (not seen here), Sam, Larry, Jeff, Bill.
Jeff and Bill actually went over to the UK a few months ago to play in Simon's TTS game weekend, and had a blast. It didn't seem to help them much in terms of achieving victory, though!  :-) 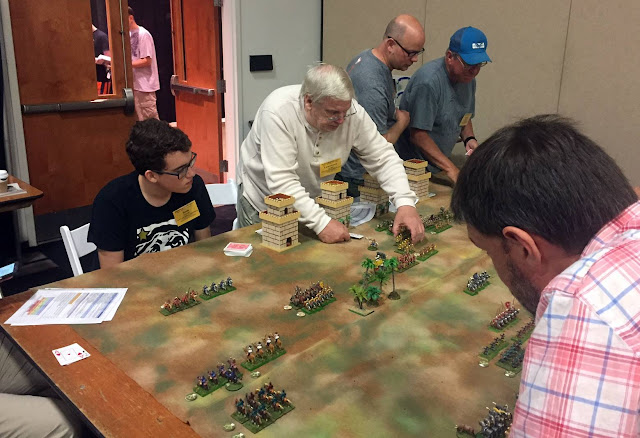 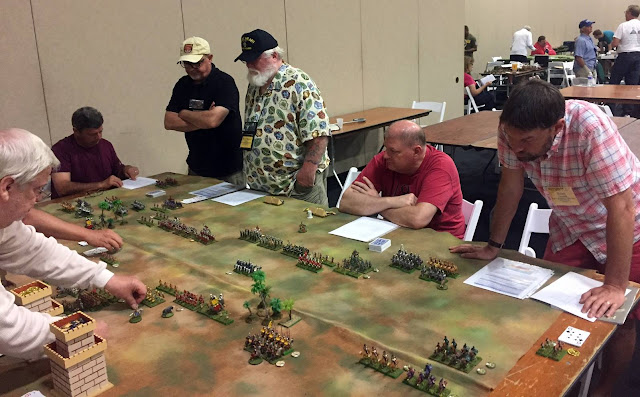 Palmyra - Left to Right  ?, Clif, ?, Bill, Bruce. The far half of both armies were played by guys from California, who live at most a few hours apart, but instead traveled 1500 miles to Historicon and played here! 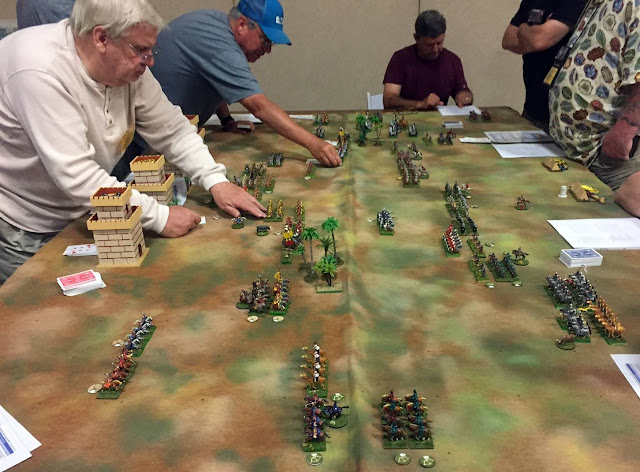 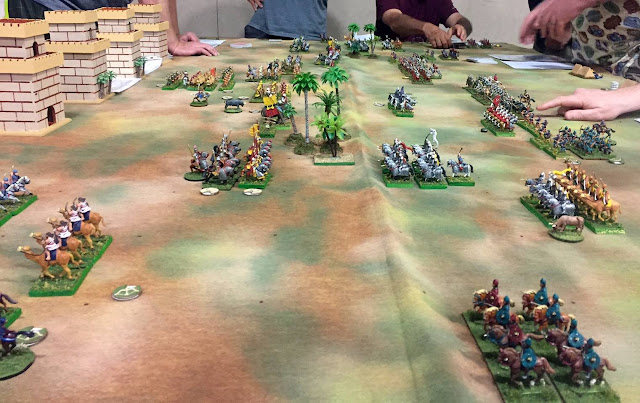 The near half of the table, where I spent most of my time helping Bruce, Kurt, and Sam, who were new to the rules. 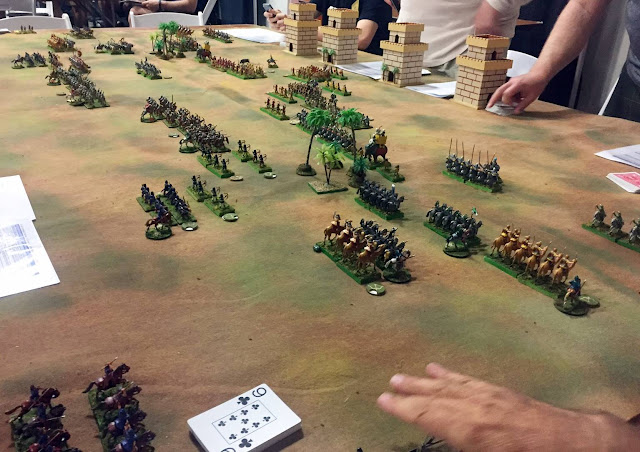 On the far side (aka,  "The Left Coast", where the Claifornia guys were having at it), The Palmyrans advanced and had hot cards, whilst the Sassanid players... didn't. 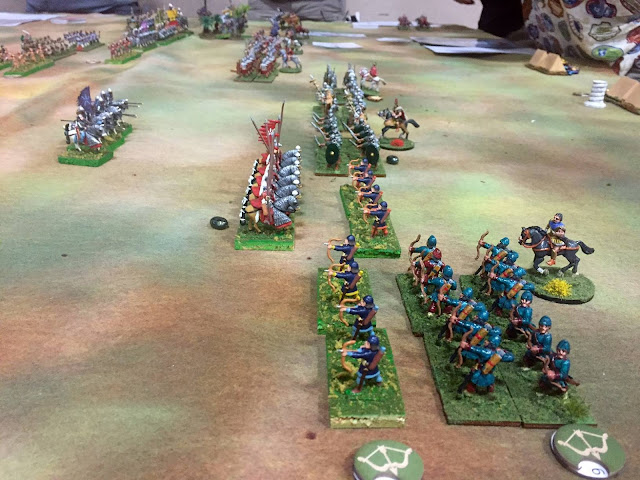 Sam's (red) unit of Sassanid cavalry ran down a unit of Light Infantry archers, and then couldn't finish off a second such unit! 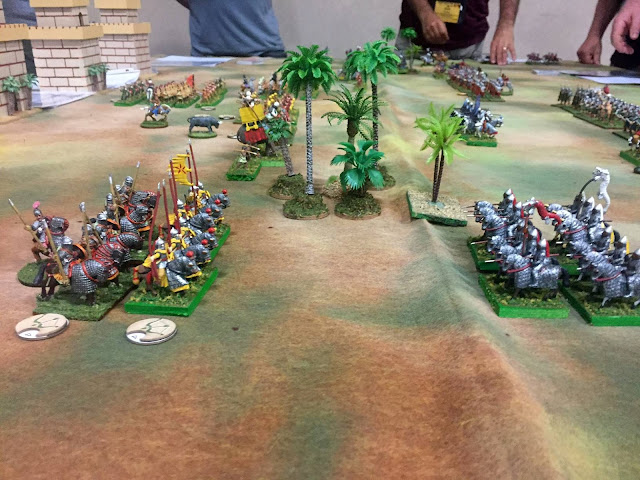 Clash of the heavily armored cavalries on the right coast! 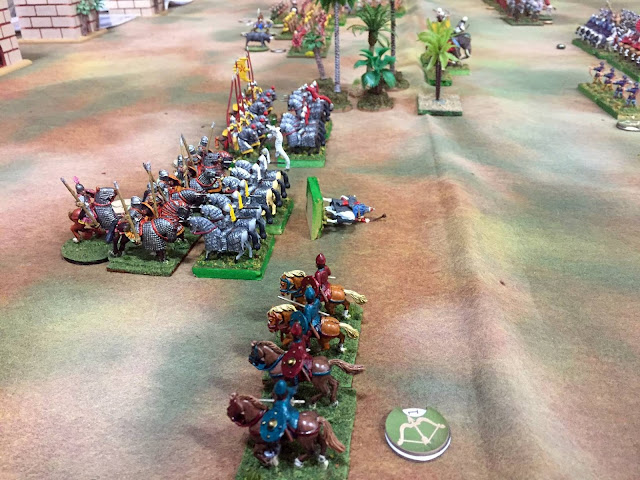 A Palmyran general is killed leading his troops in a charge... there would be qyuite a few generals lost in the course of the fighting. 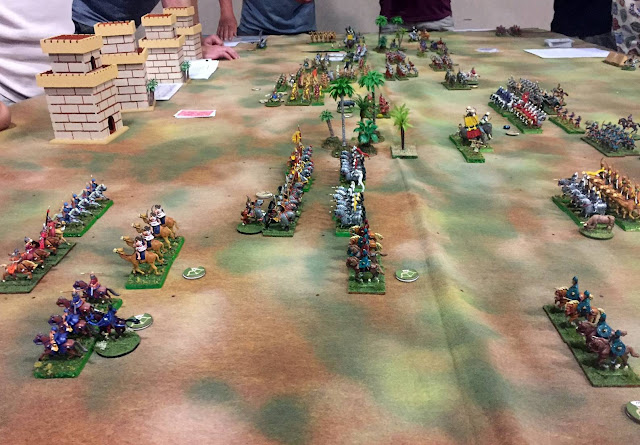 Table overview. mid game.  Note the Sassanid Elephant. It would eventually be shot down; fortunately for the Sassanids, its dying  rampage struck no one. 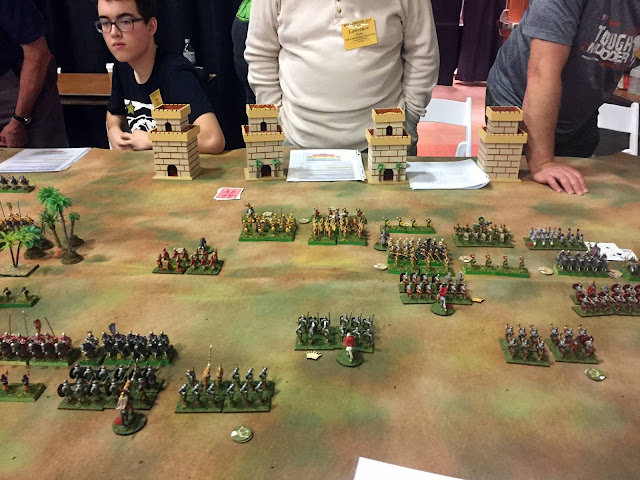 Master Sam surveys the charge of his Cavalry! 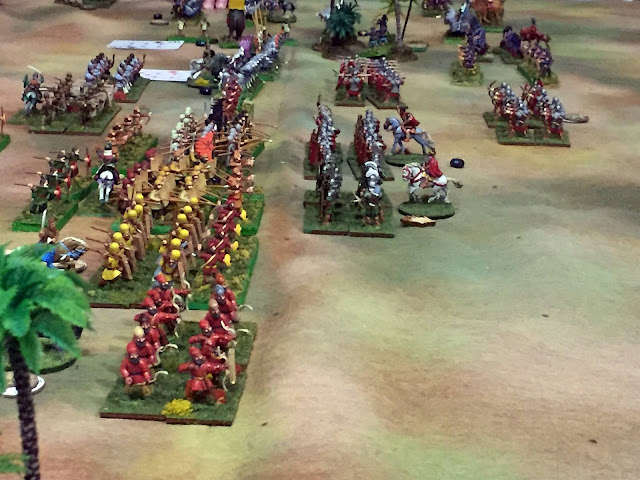 Close fighting in the center of the field, too! 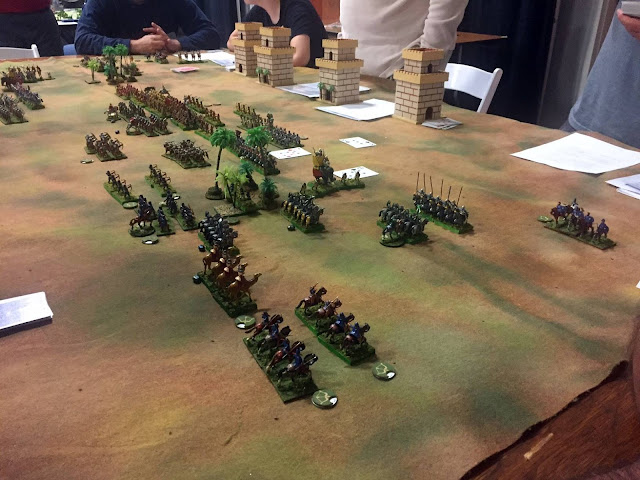 The "Left Coast" near the end of the game. It was a solid victory for the Palmyrans, who never played an Ace on their Camelry or Cataphracts the whole game long!

Here are the rosters I used for the game:

Email ThisBlogThis!Share to TwitterShare to FacebookShare to Pinterest
Labels: Ancients, Battle Reports, Historicon, To the Strongest