Here's the 2nd unit of Palmyran archers joining the army of Odenathus... 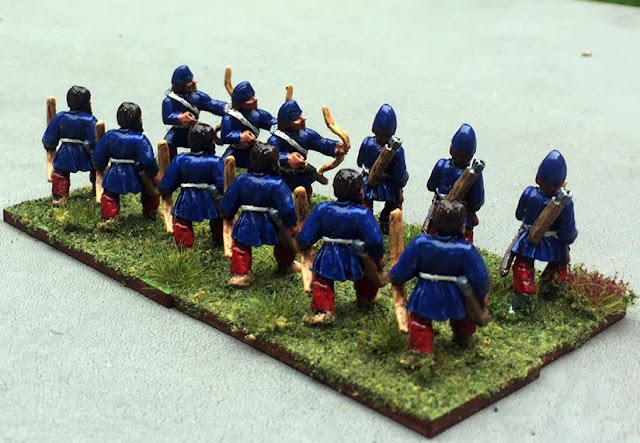 For this unit I went with mid blue jackets and dark red pants, rather than the blue green and marroon shades of the first unit. 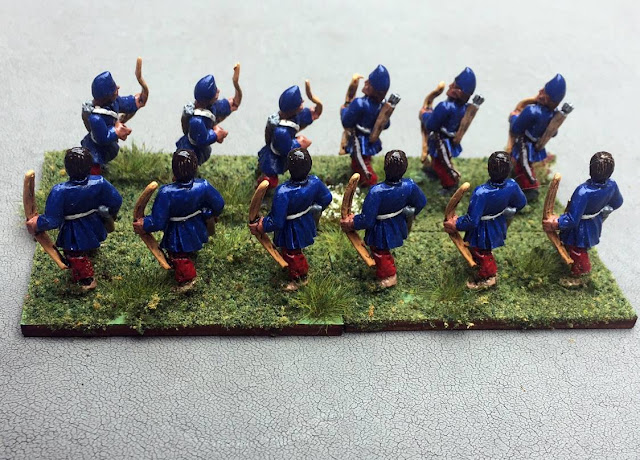 This way they still have the Palmyran "uniform", but are easily distinguished as different  units. 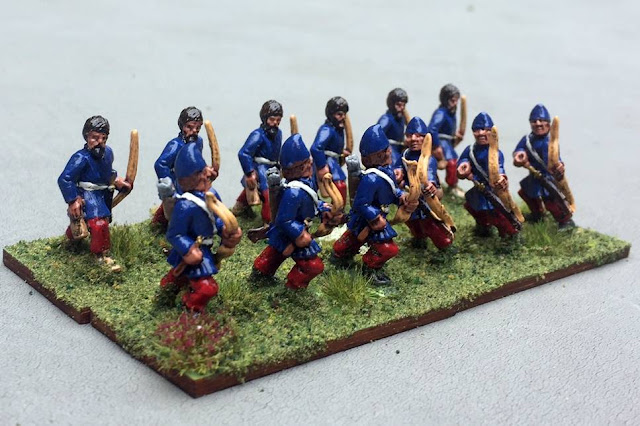 Actually, wherever possible, I paint ancient troops so that 2 base subunits can be distinguished, because that's the unit size for my Charlie Sweet inspired gridded adaptation of the old FGY rules, Legion!, which I called Legio Quaternarius. 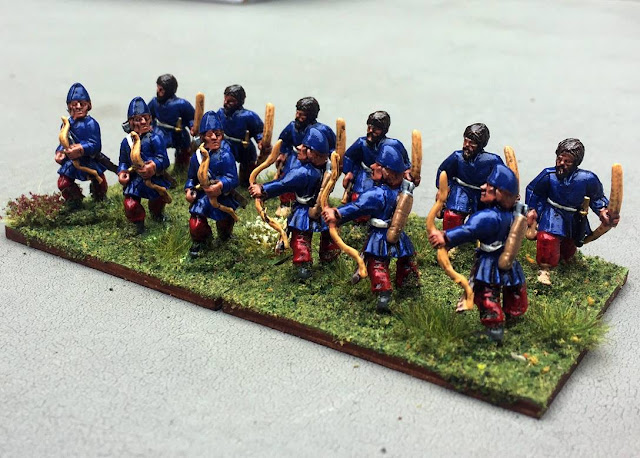 Now for the paradox; it wasn't until I posted these pictures that I realized that the figures for the Palmyran Archers and the Sassanid Archers are the same! Now granted that they are from the same part of the world in the same era, so similarity would hardly be shocking.  So I went back and checked the order and the 30 figure pack labels. Yep, they were ordered and labeled as 1 pack each of Sassanid and Palmyran labels; probably an error on the part of however bagged the figures out of the mold. I am absolutely certain that old Glory would send me another bag of the correct figures gratis, because a similar error did happen once with a previous order. I sent Theresa pictures of the label and the figures and had the correct figures in my hand for free in less than a week. In this case though, it just doesn't matter enough to quibble about, especially paying a little over 60 cents a figure with the Army Card discount. I will however let Theresa know just from the standpoint of their internal quality control. The Old Glory Catalog is immense, and it is easy to see how errors could occur, especially with troops from the Ancient era!
Posted by Gonsalvo at 8:44 AM