More lead pours off the painting table on its way to Historicon in 1 week! 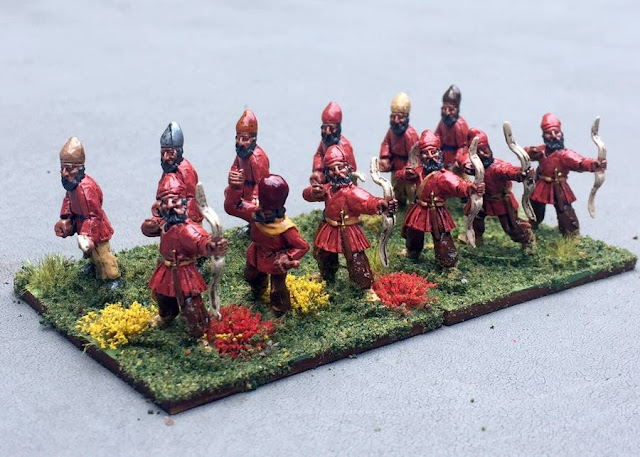 This is the second unit of  Archers for my Sassanid Persian army. they are Old Glory 28mm figures once again (see the previous post). 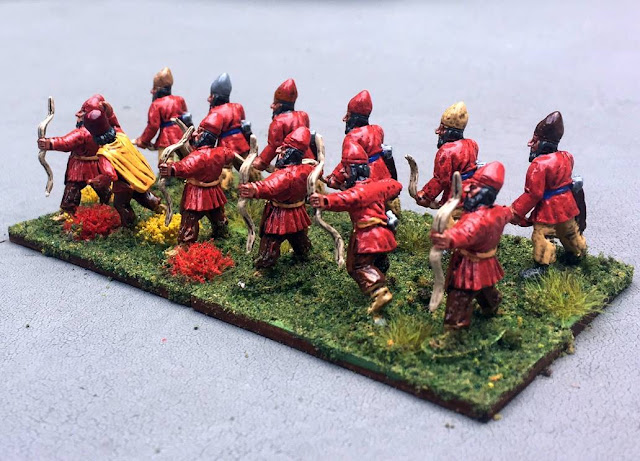 I "recruited" a figure from the pack of Sassanid Javelinmen (forthcoming soon) to act as as "officer"  to make this unit look a bit more Persian. 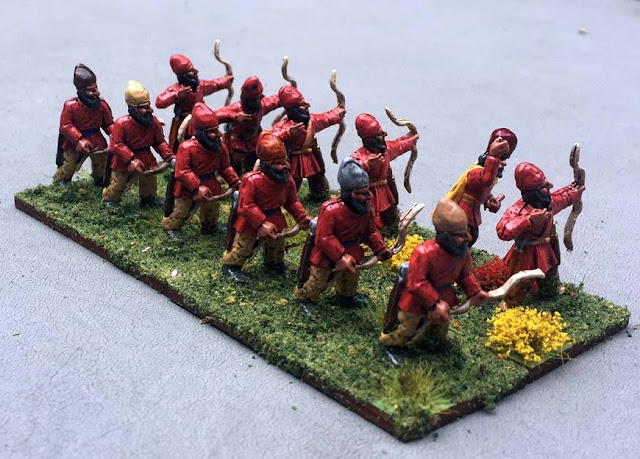 The color scheme of course is radically different from their Palmyran counterparts. 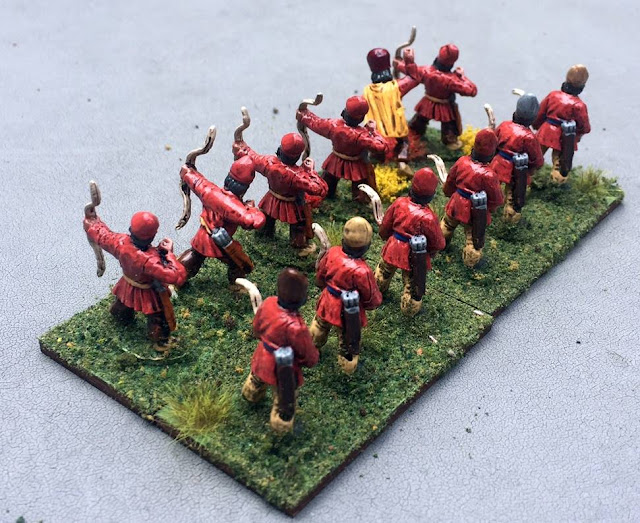 These formed bowmen sometimes seem like they are mere speed bumps for the shock troops... until they get lucky and knock out a unit or two of them, at which point they're quite annoying!