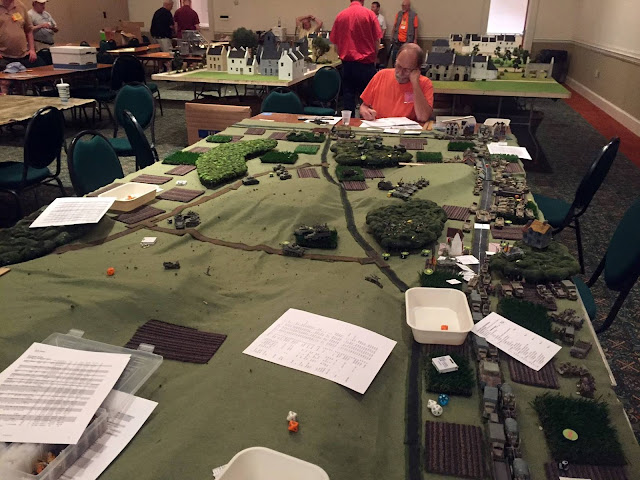 I took this shot because of the use of the "canopy of Trees" woods; doubtless there were some surprises hidden within during the game. 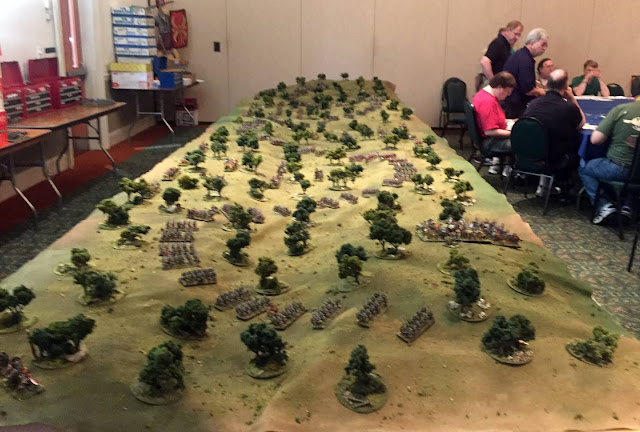 Big ancients game with rolling terrain in a club room. 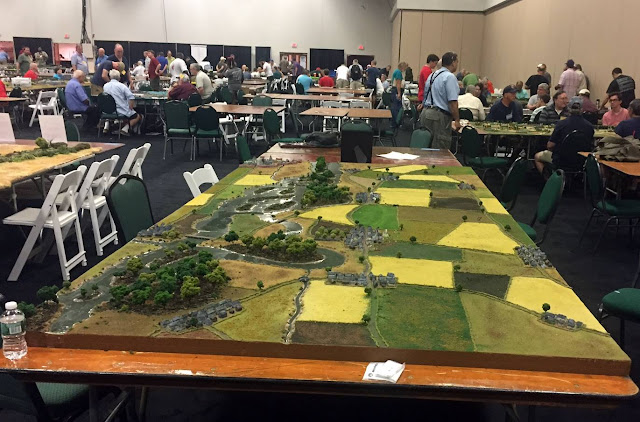 The Aspern-Essling board (10mm); didn't get any pictures with the troops on it.

The Gemende Au at Aspern 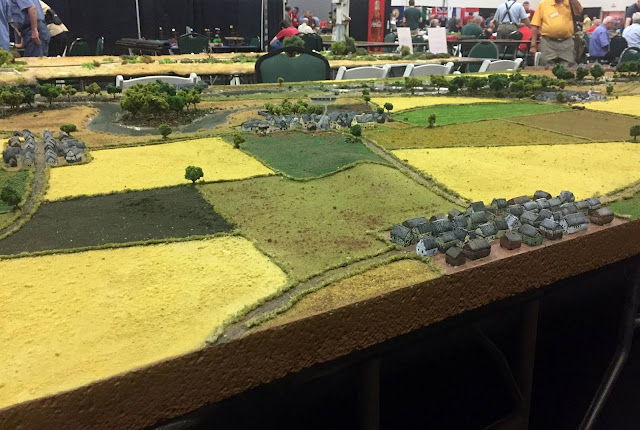 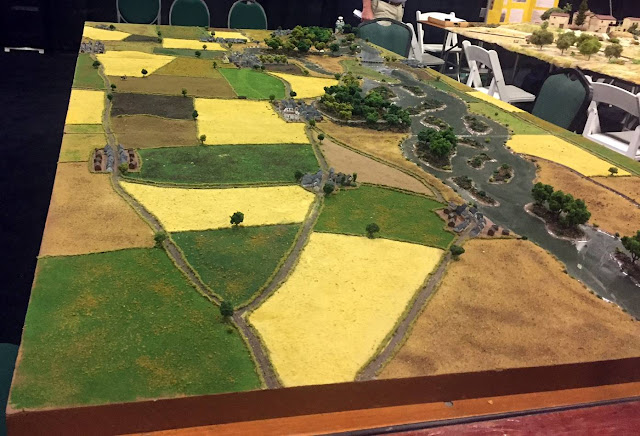 I think the work on this terrain board, as with his others, is superb. Hopefully he will run this game at a number of shows to make it worth the big investment of time and effort (or sell it off!). 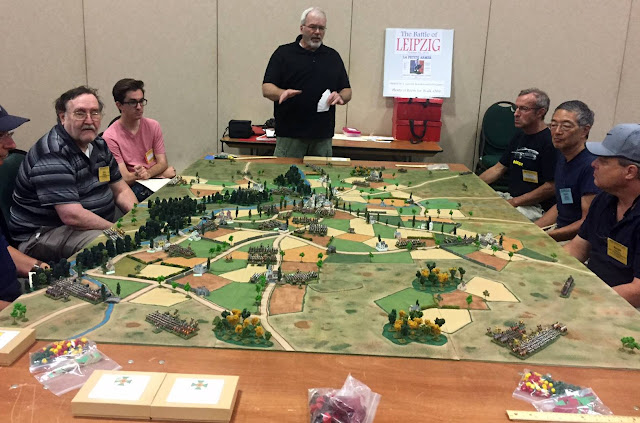 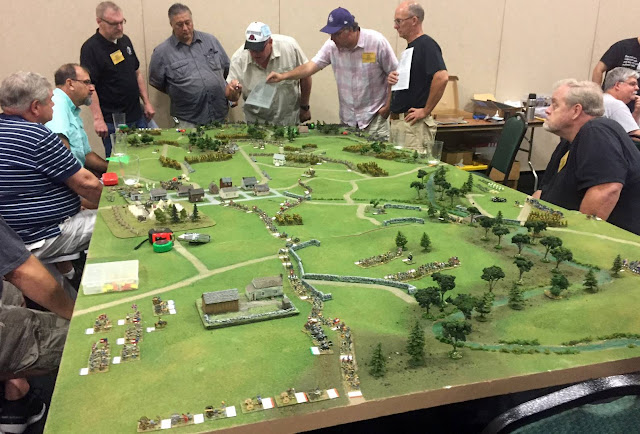 Nice terrain board. Don't expect these from me, though!  Just not very practical unless you use them many times. 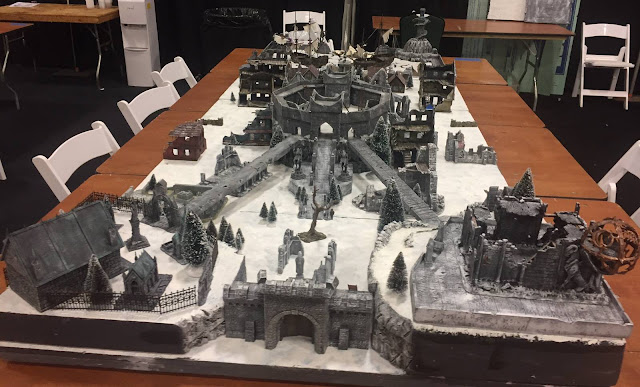 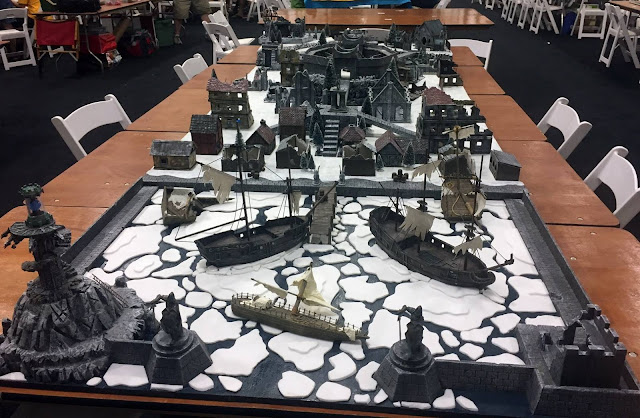 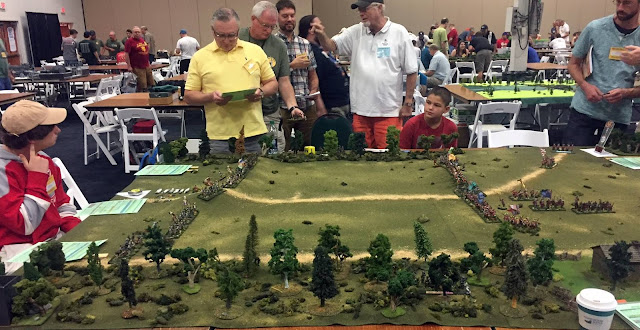 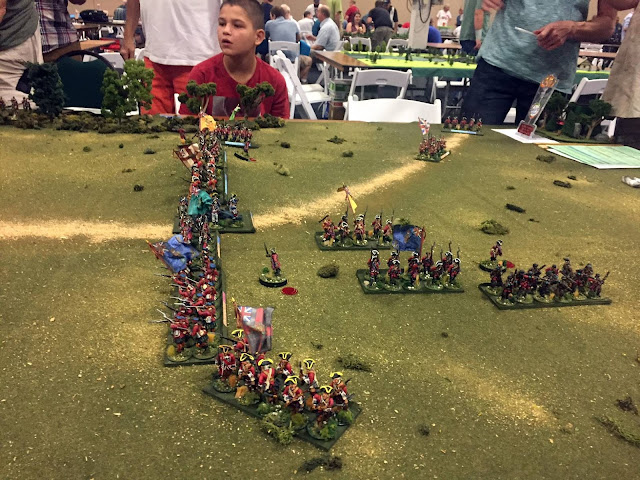 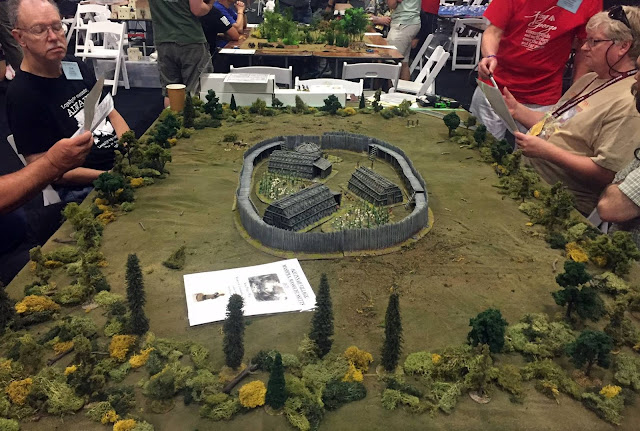 Raid on an ? Indian compound 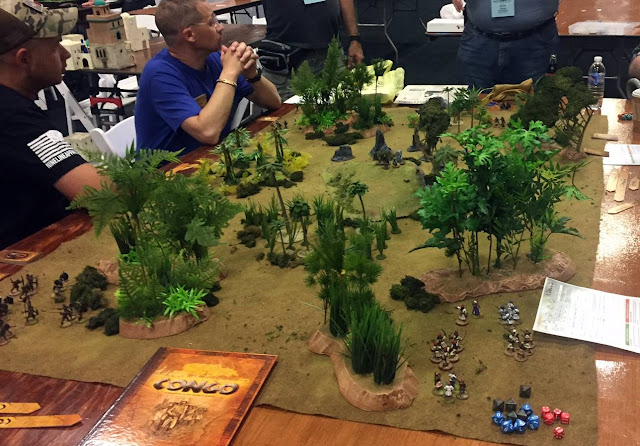 Nice Congo board. I have the rules but haven't even opened them! 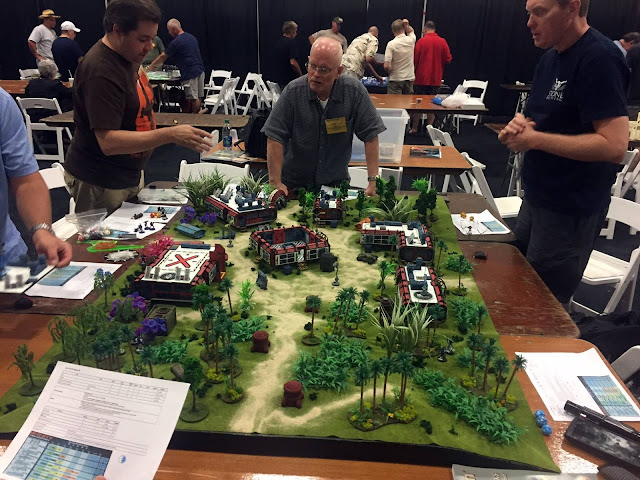 Interesting setup, but not sure what it is! 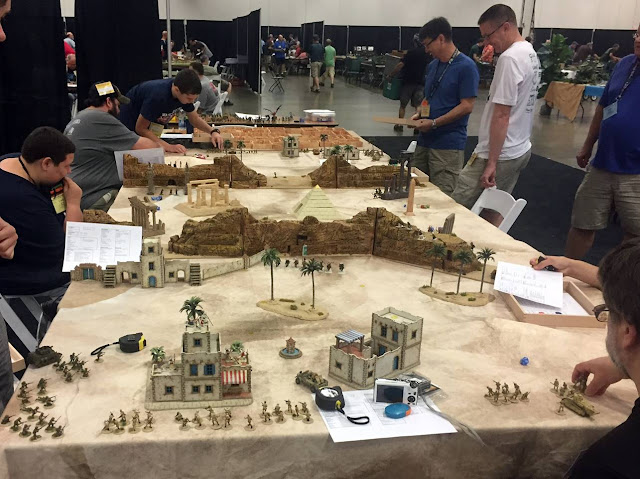 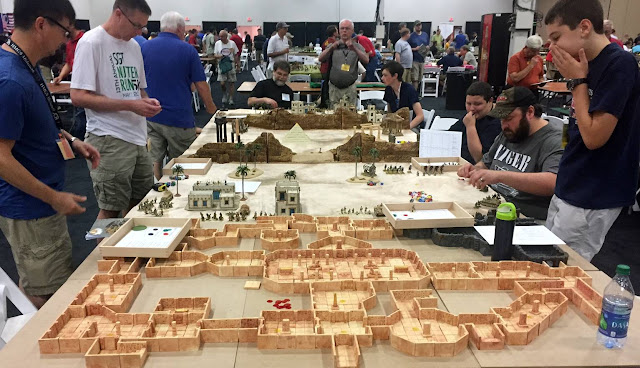 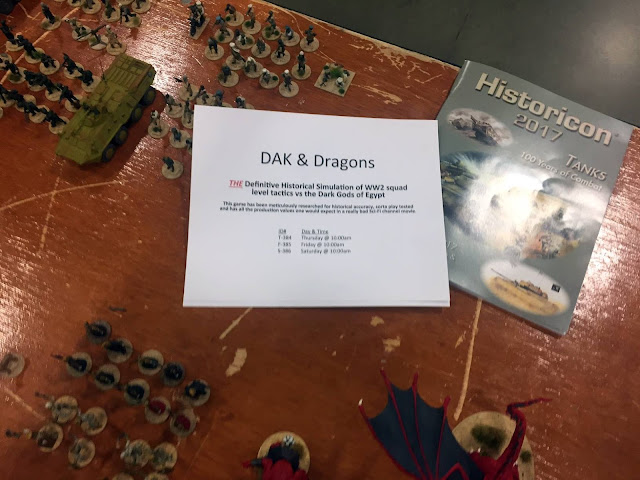 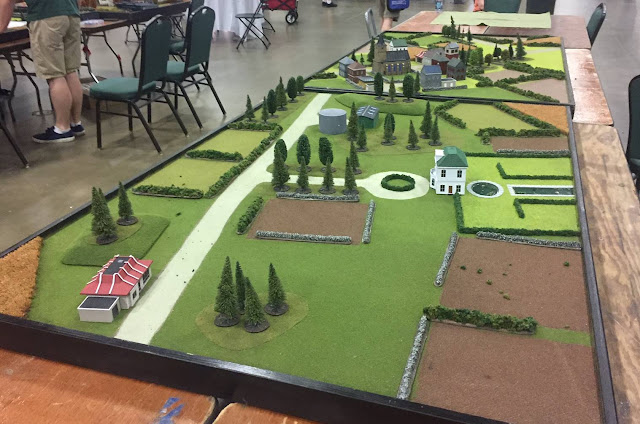 One of the great many extremely well done Flames of War Tournament boards. Not my era or rules, but they do a great job on presentation! 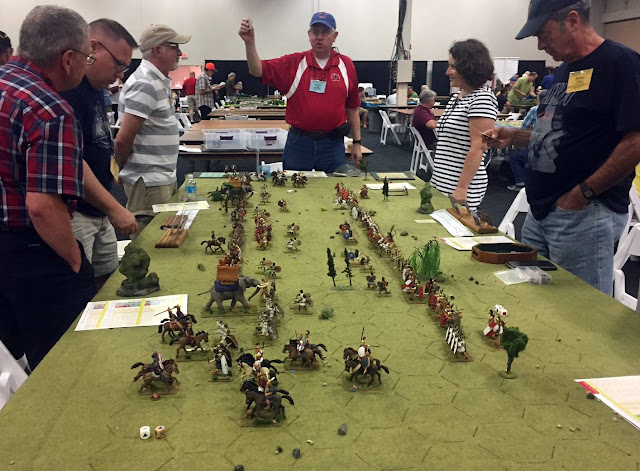 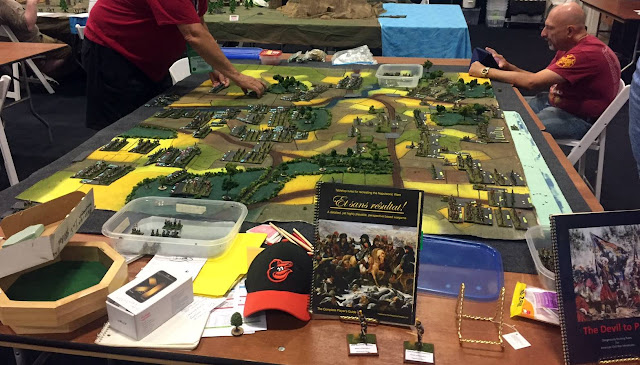 Great looking board for ESR games... the yellow might be just a bit too bright for my tastes, but eh, if I could do something that nice myself, I would! 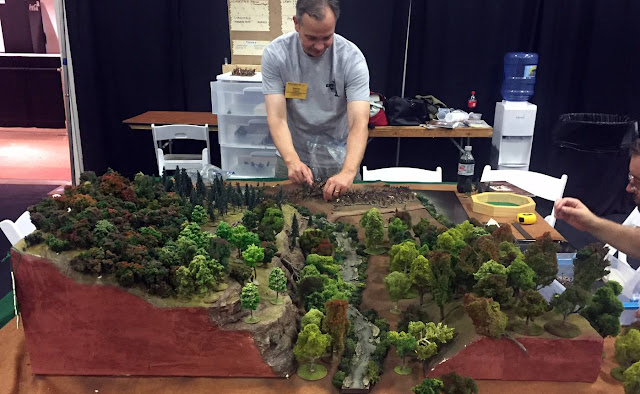 Taking down a game with a lot of depth to it ? Fallen timbers. 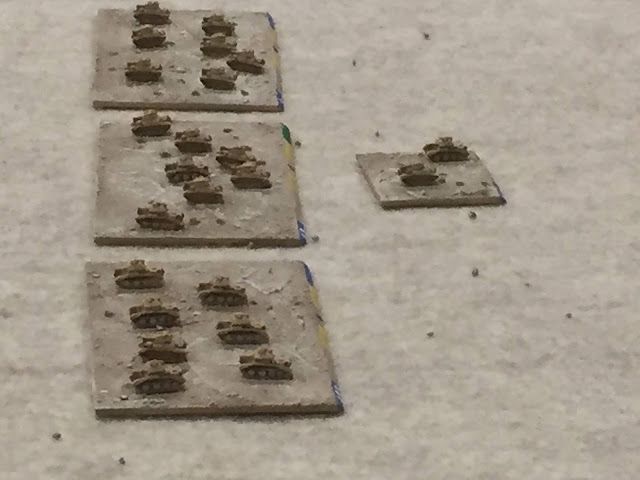 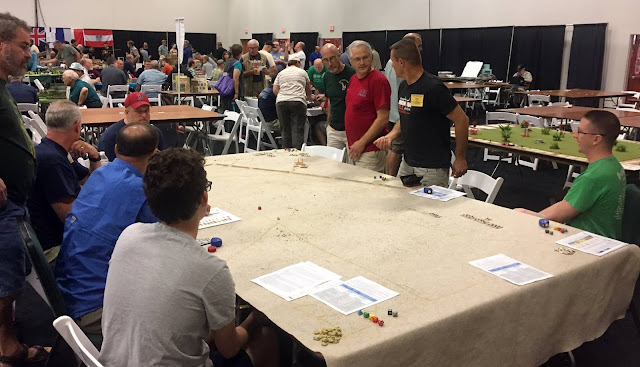 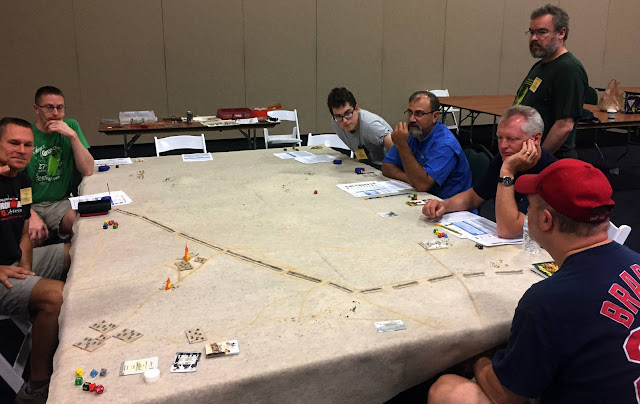 Talk about Tiny!  Does give the grand sweep, though! 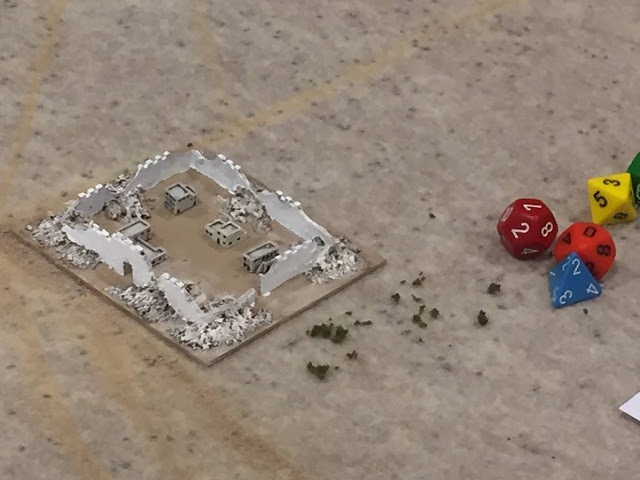 Close up of the village. 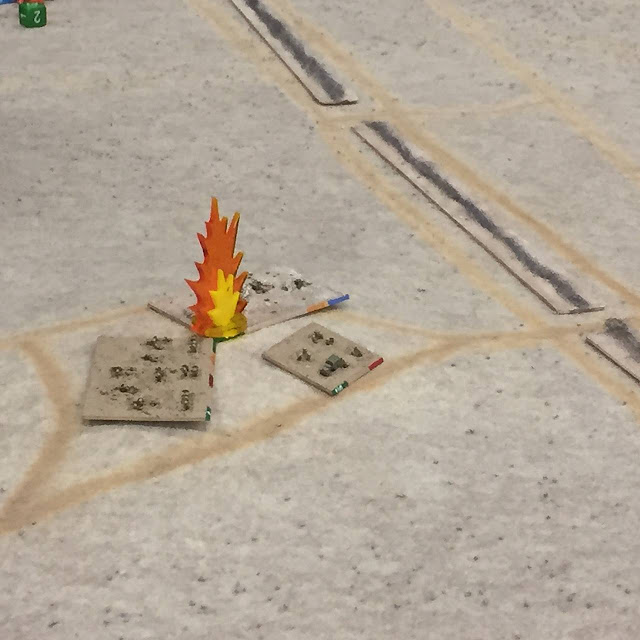 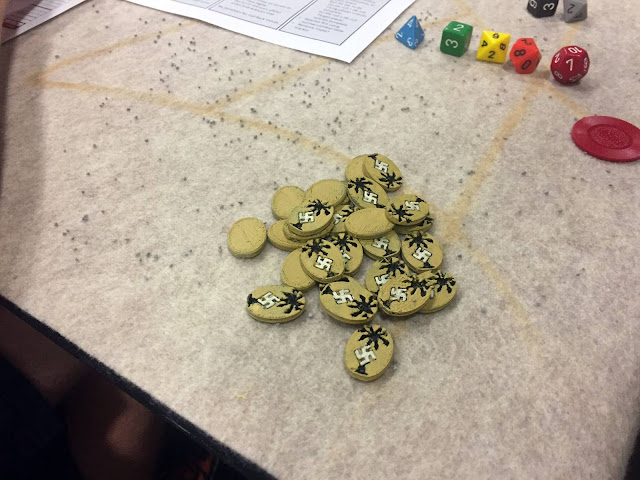 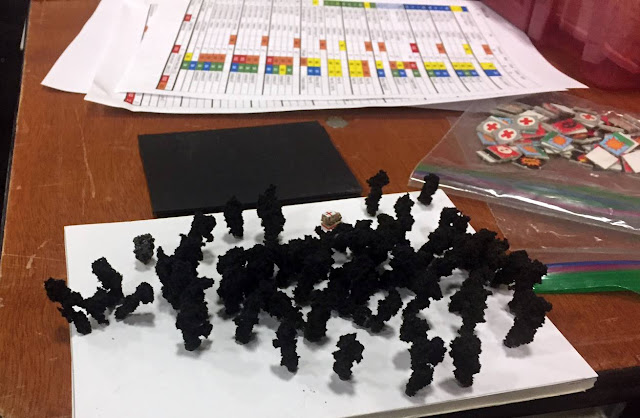